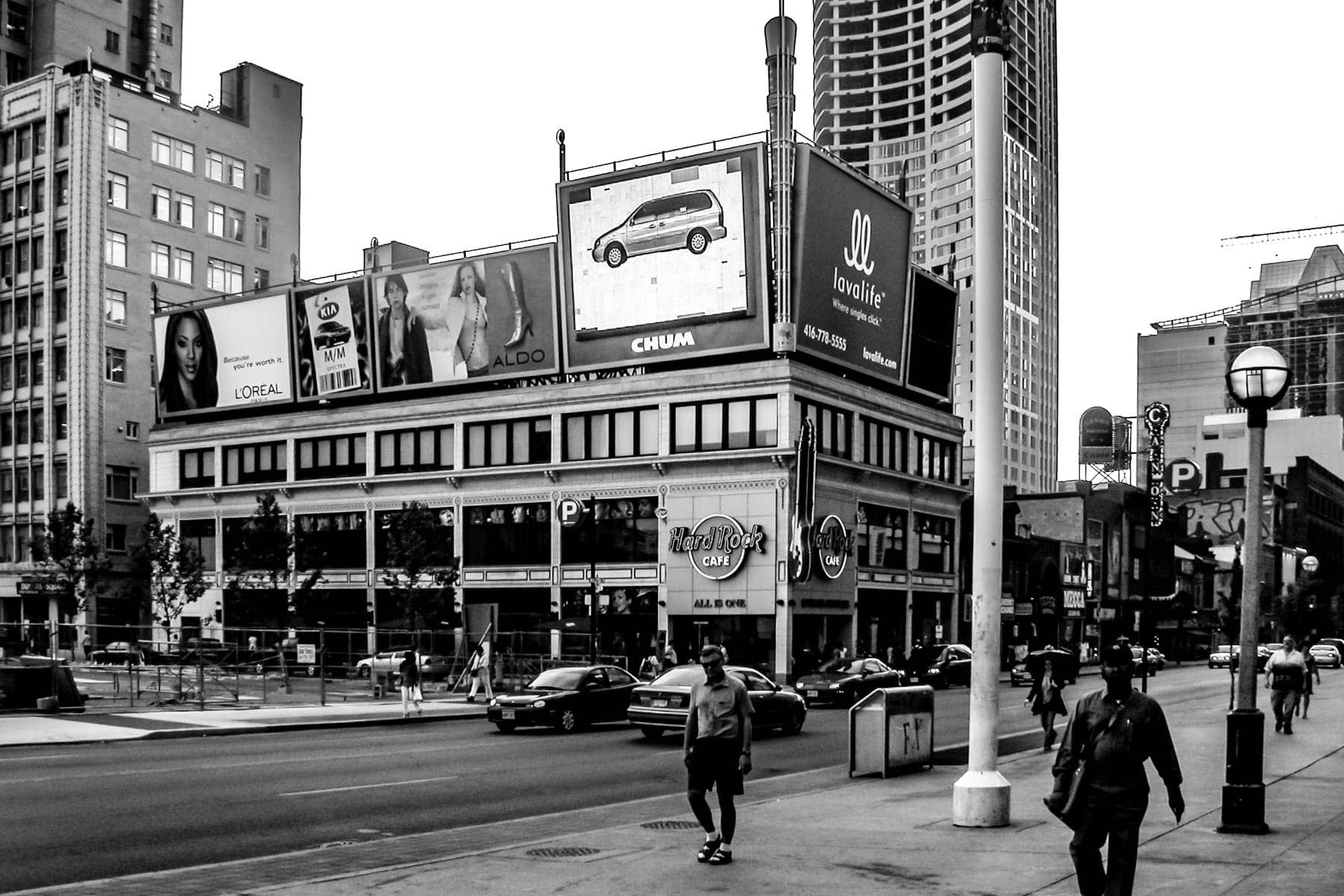 Ready For The Change 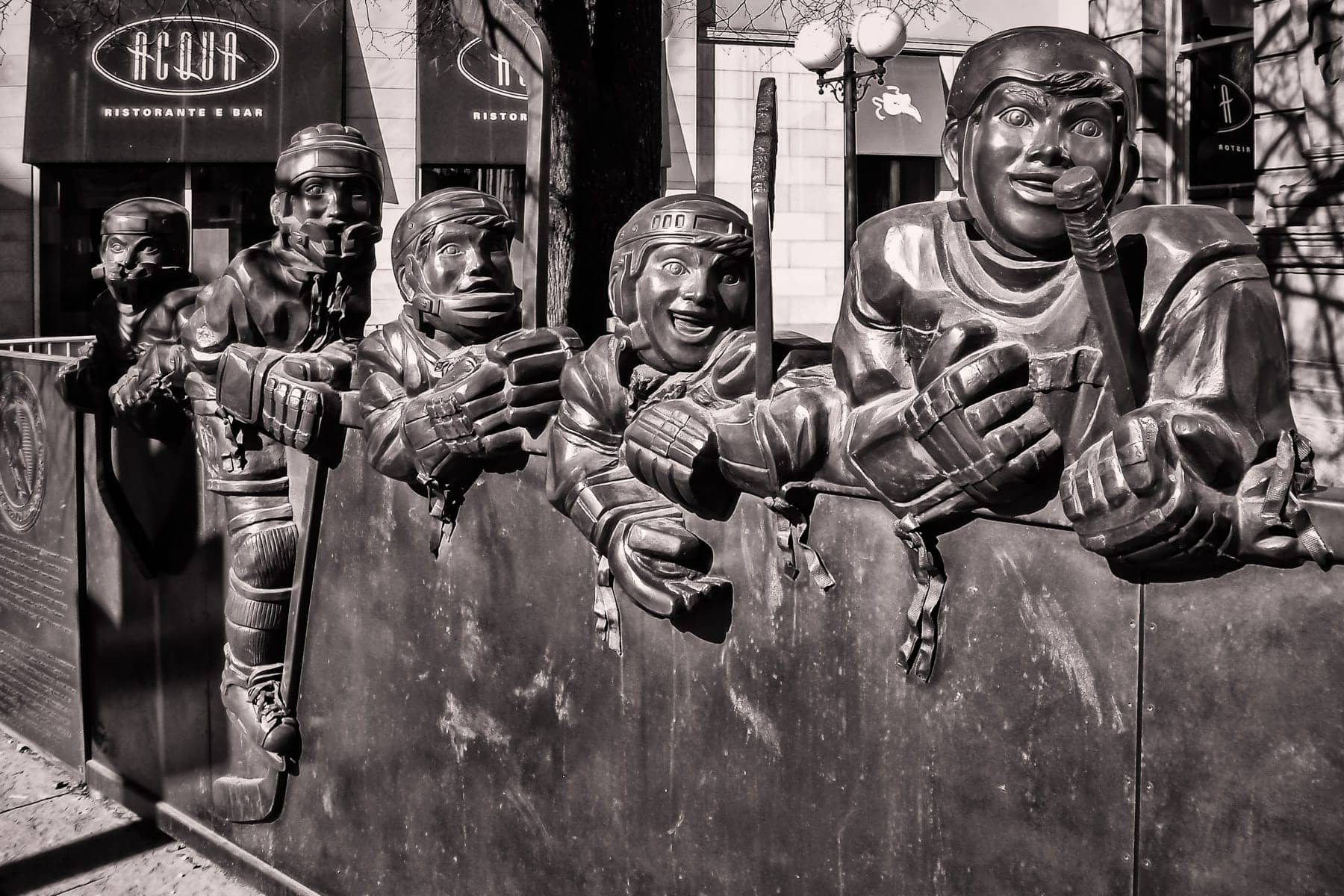 A bronze hockey sculpture, “Our Game” by sculptor Edie Parker, outside of the Hockey Hall of Fame in Toronto. 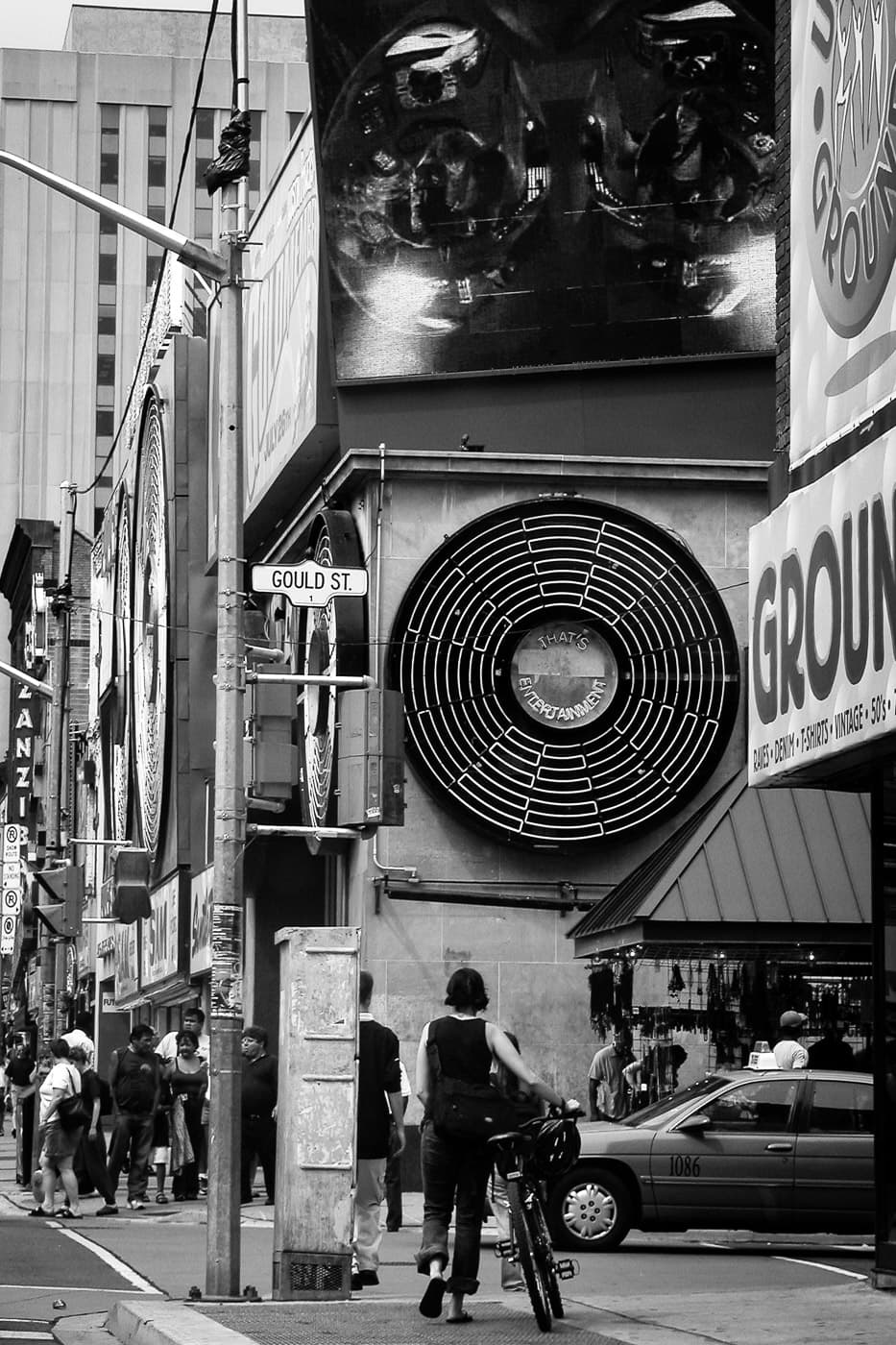 A girl walks her bike along Toronto’s Yonge Street towards iconic retailer Sam the Record Man in this shot from 2004. Sadly, the store closed forever in 2007.

A decorated statue of a moose outside of Toronto’s Hospital for Sick Children. The Canadian Broadcasting Corporation’s headquarters, in the lower right, and surrounding environs, Toronto, Ontario, as seen from the CN Tower. 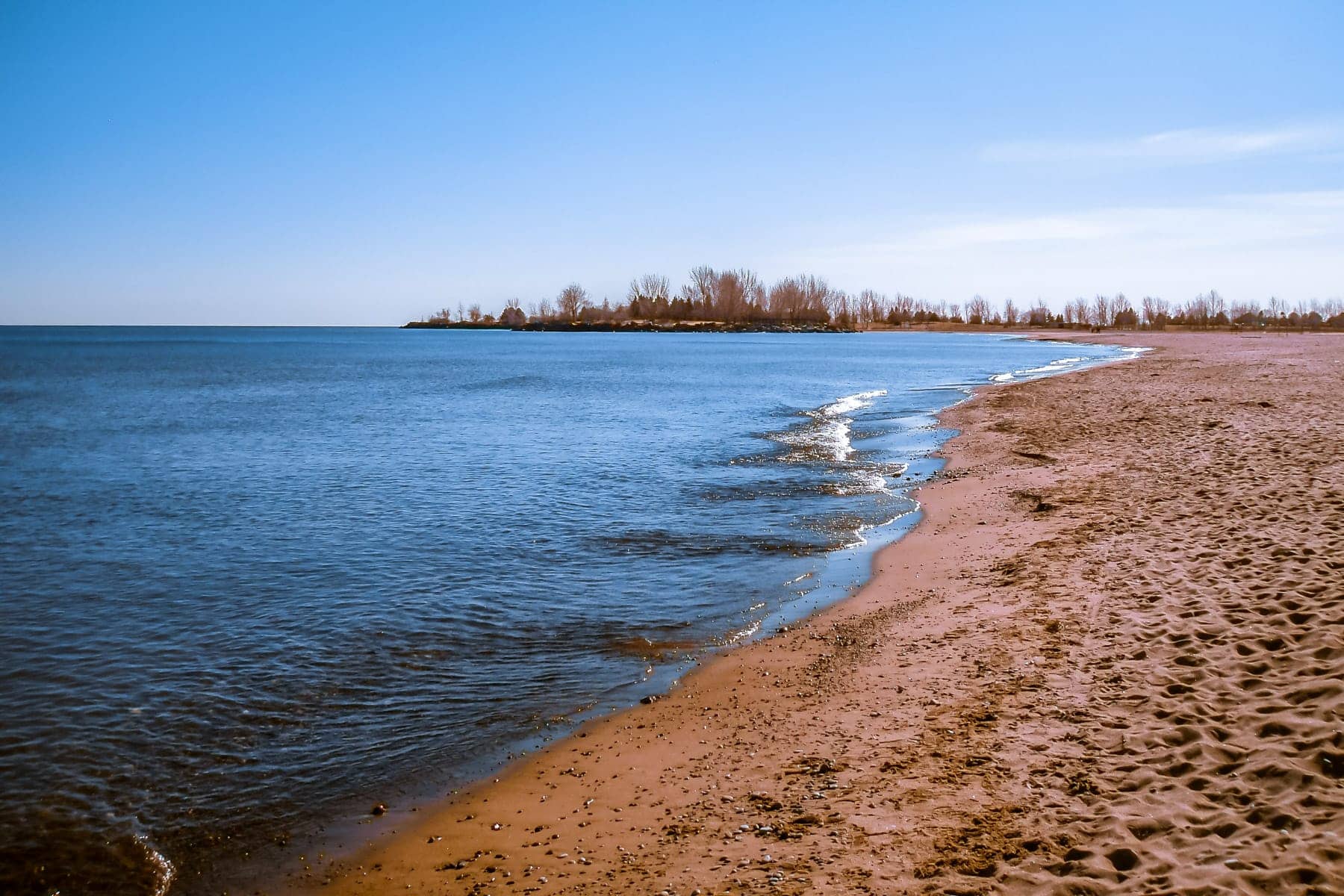 A cold day at The Beaches, Toronto, Ontario. 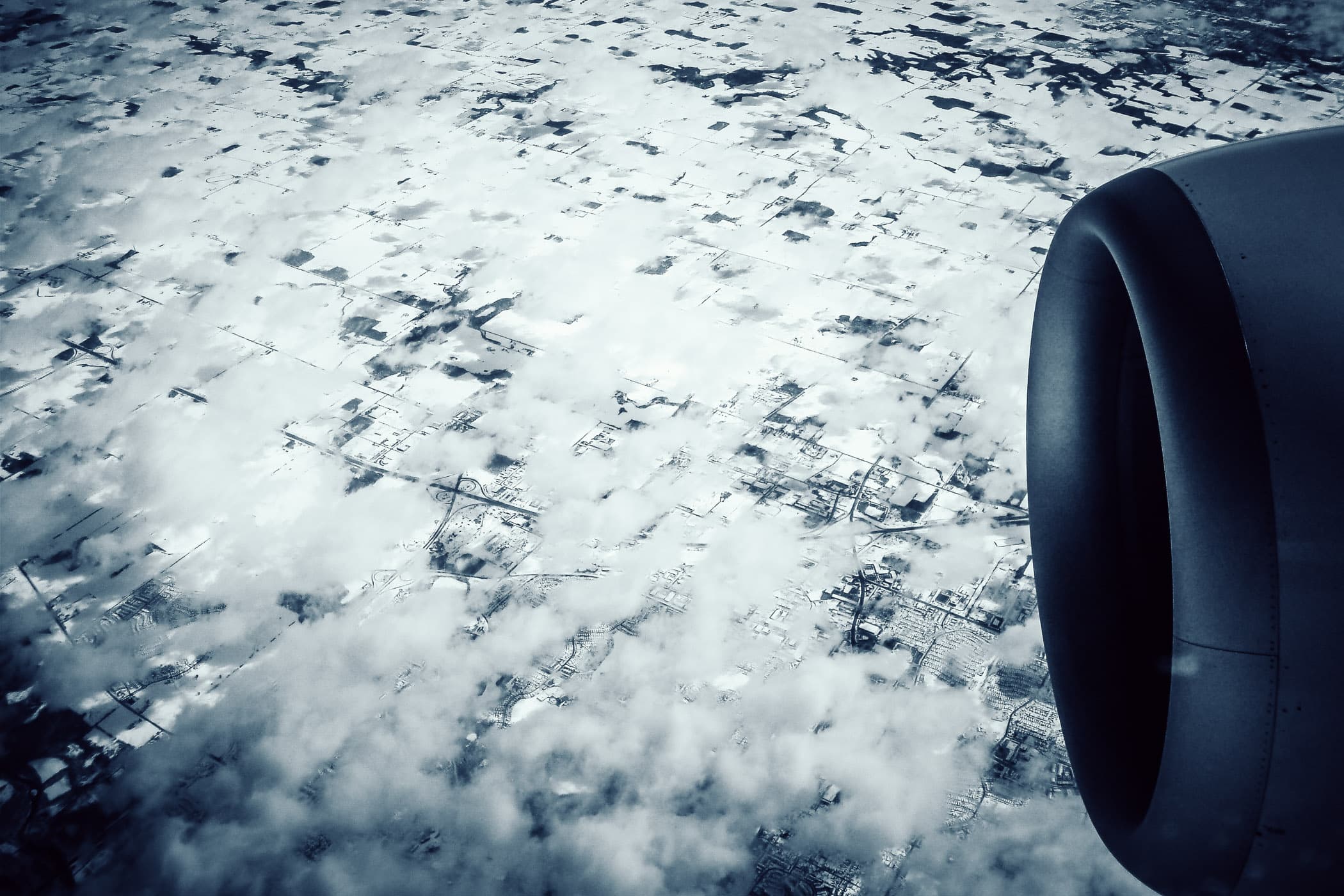 Snow glazes Ontario west of Toronto as seen from above in March of 2006. 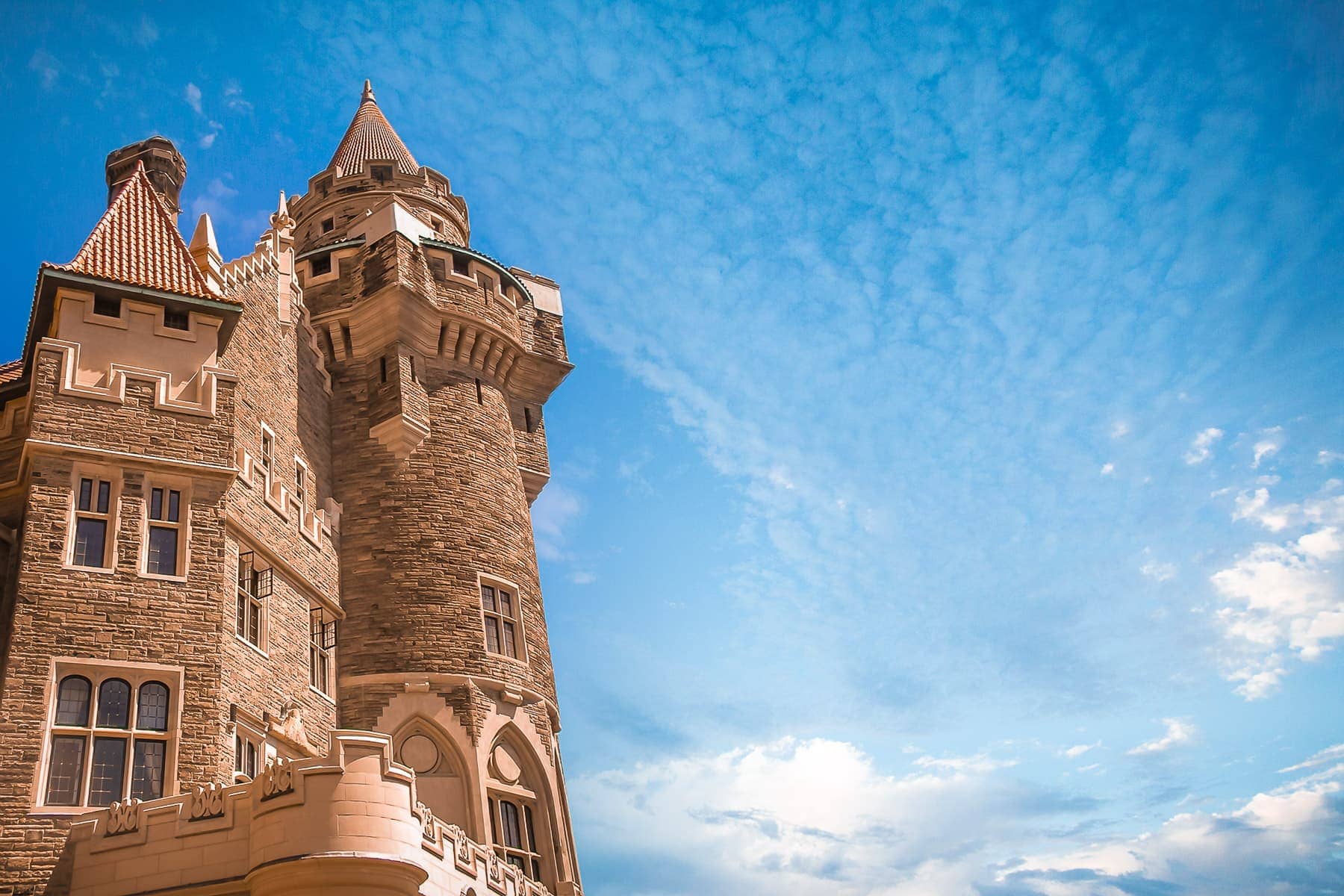 Casa Loma is a 98-room “castle” was built by Sir Henry Mill Pellatt in Toronto in 1914. The Cathedral Church of St. James, opened in 1853, rises into the sky over Toronto. 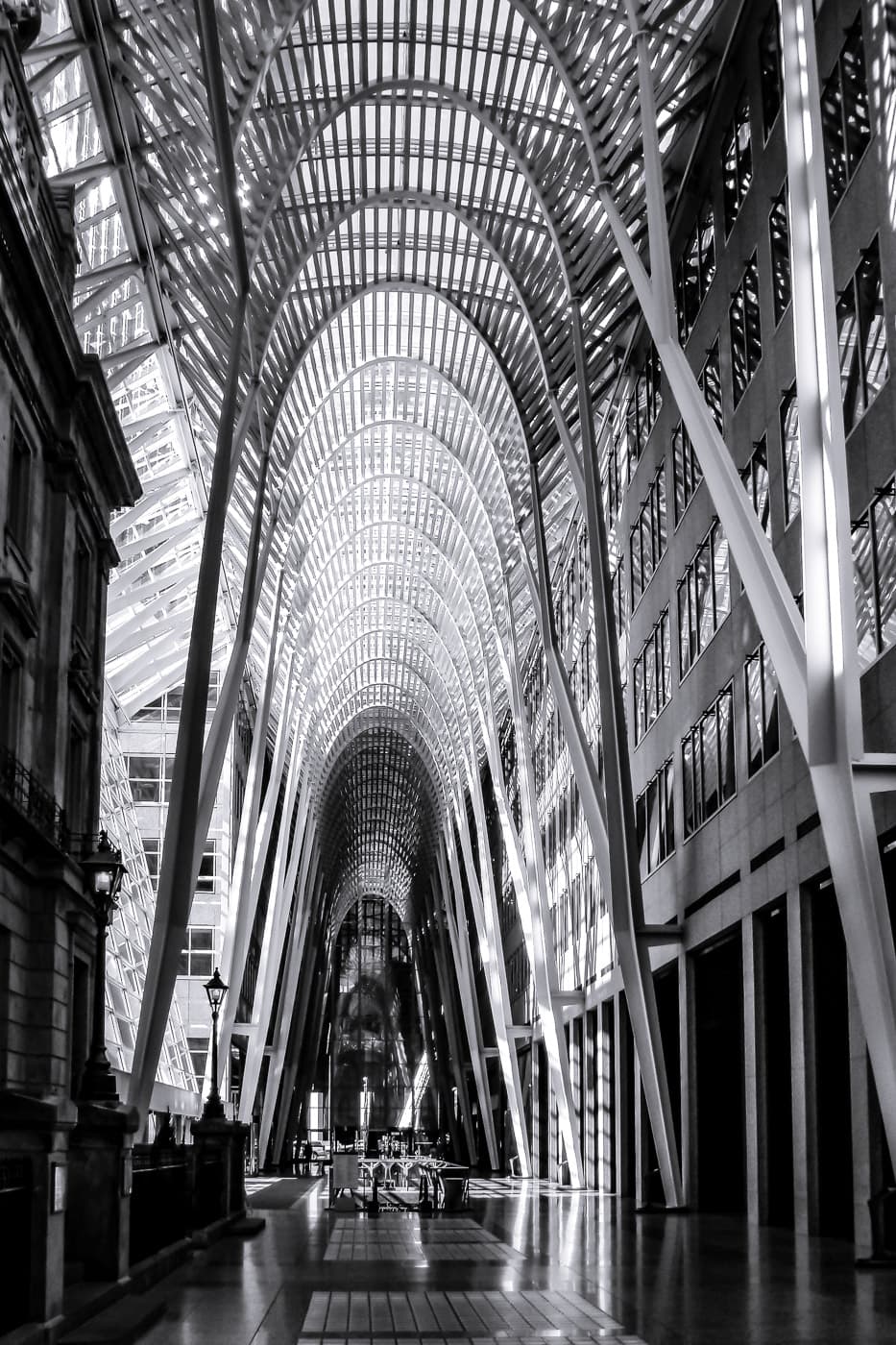 BCE Place, now known as Brookfield Place, this Santiago Calatrava-designed atrium lies at the center of this Toronto office complex.