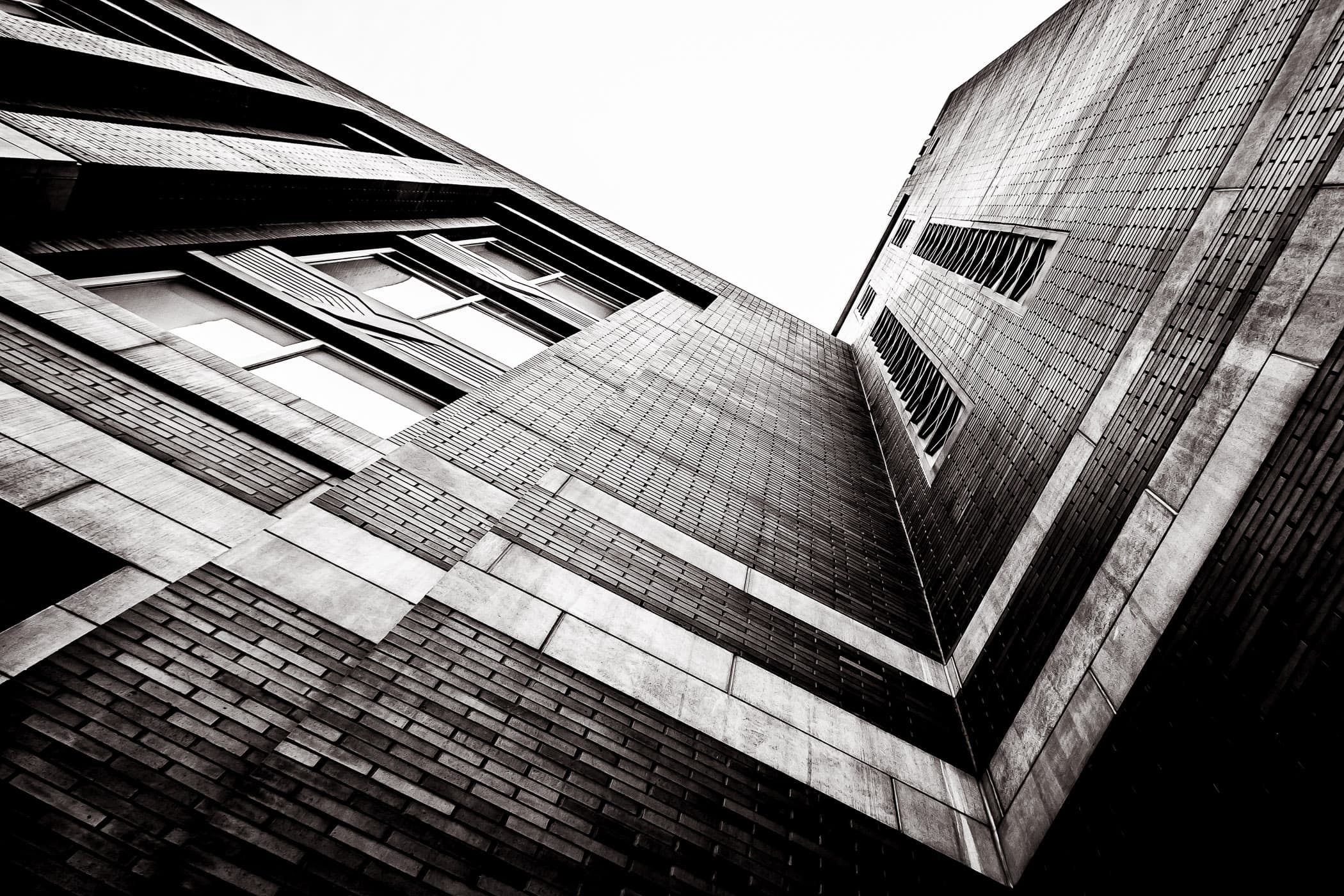 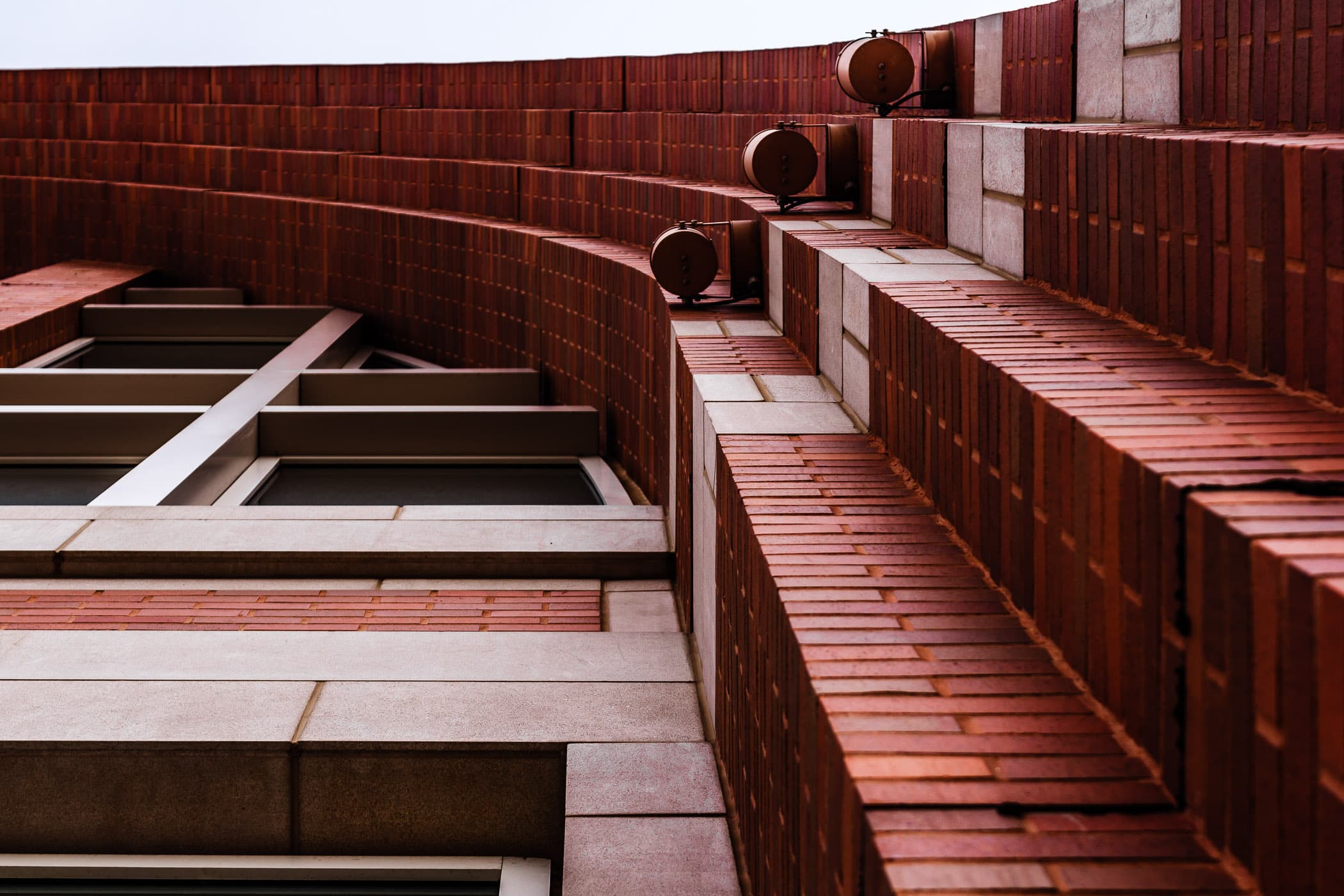 Detail of the façade of the American Airlines Center, Dallas. Detail of the grounds of the Stade olympique de Montréal as seen from La tour de Montréal. 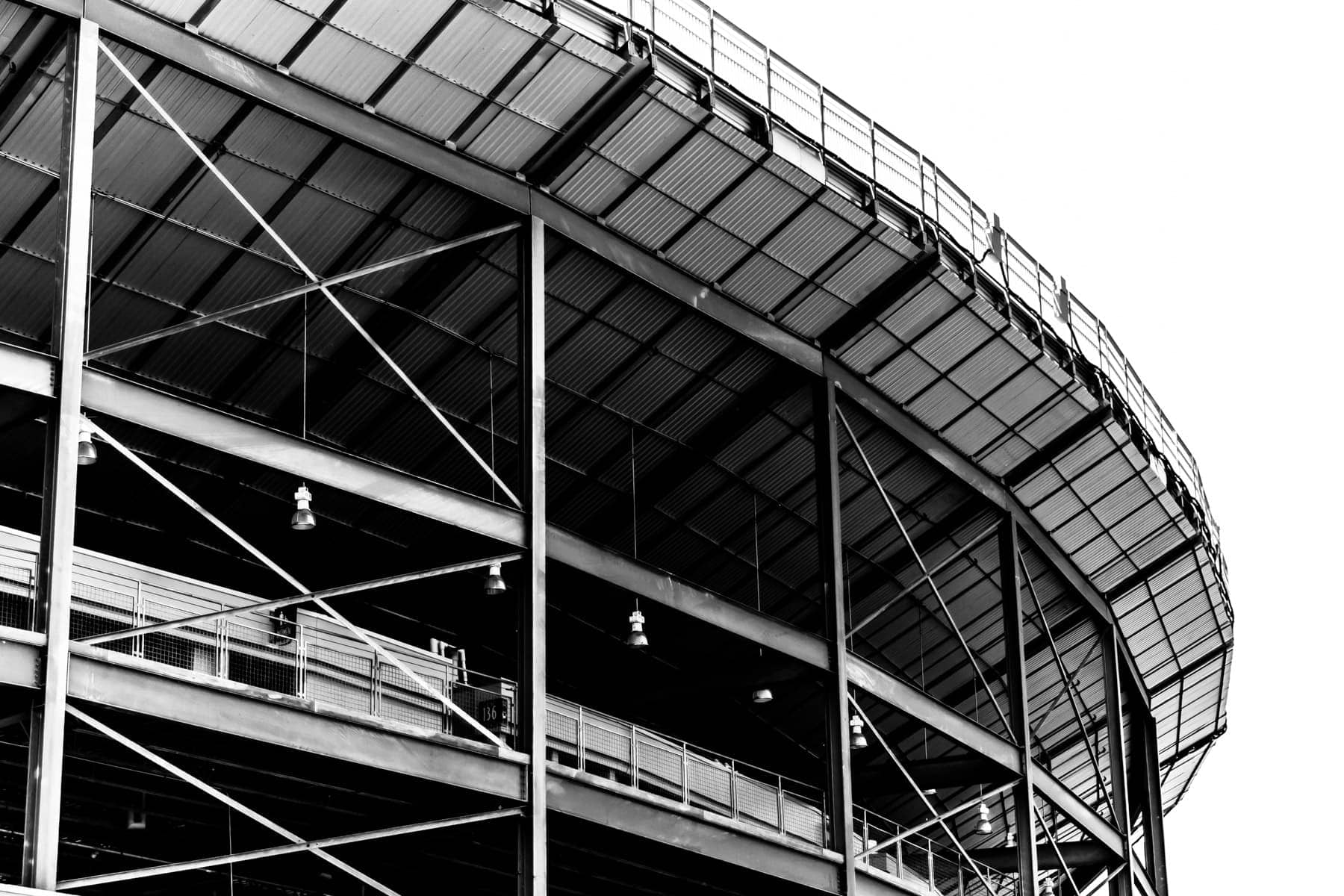 Detail of the exterior of the Cotton Bowl Stadium, Fair Park, Dallas.

The 175-meter tower of the Olympic Stadium in Montréal is the tallest inclined structure in the world and was designed to facilitate the retraction of the stadium’s roof. 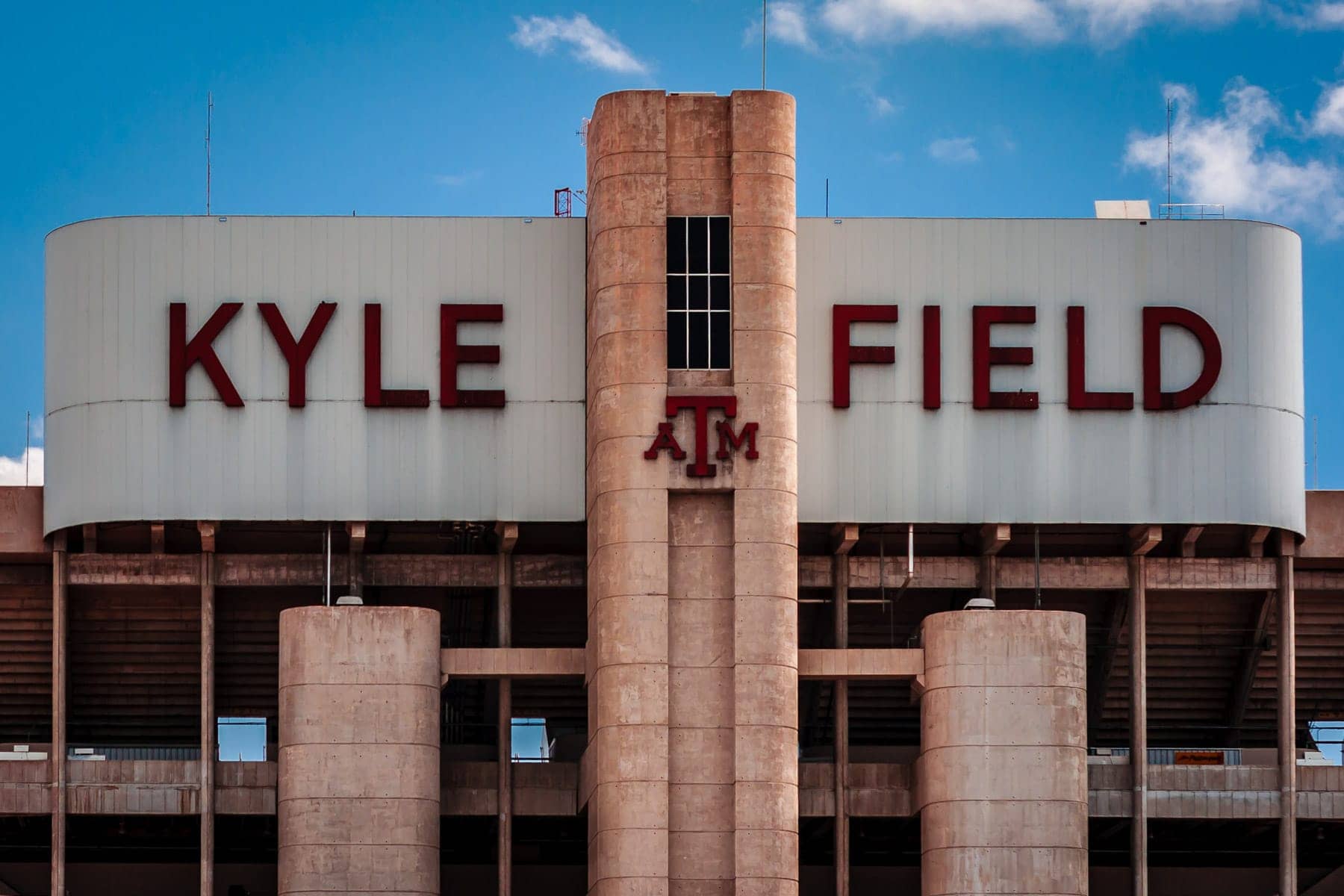 Bridge to the Stadium 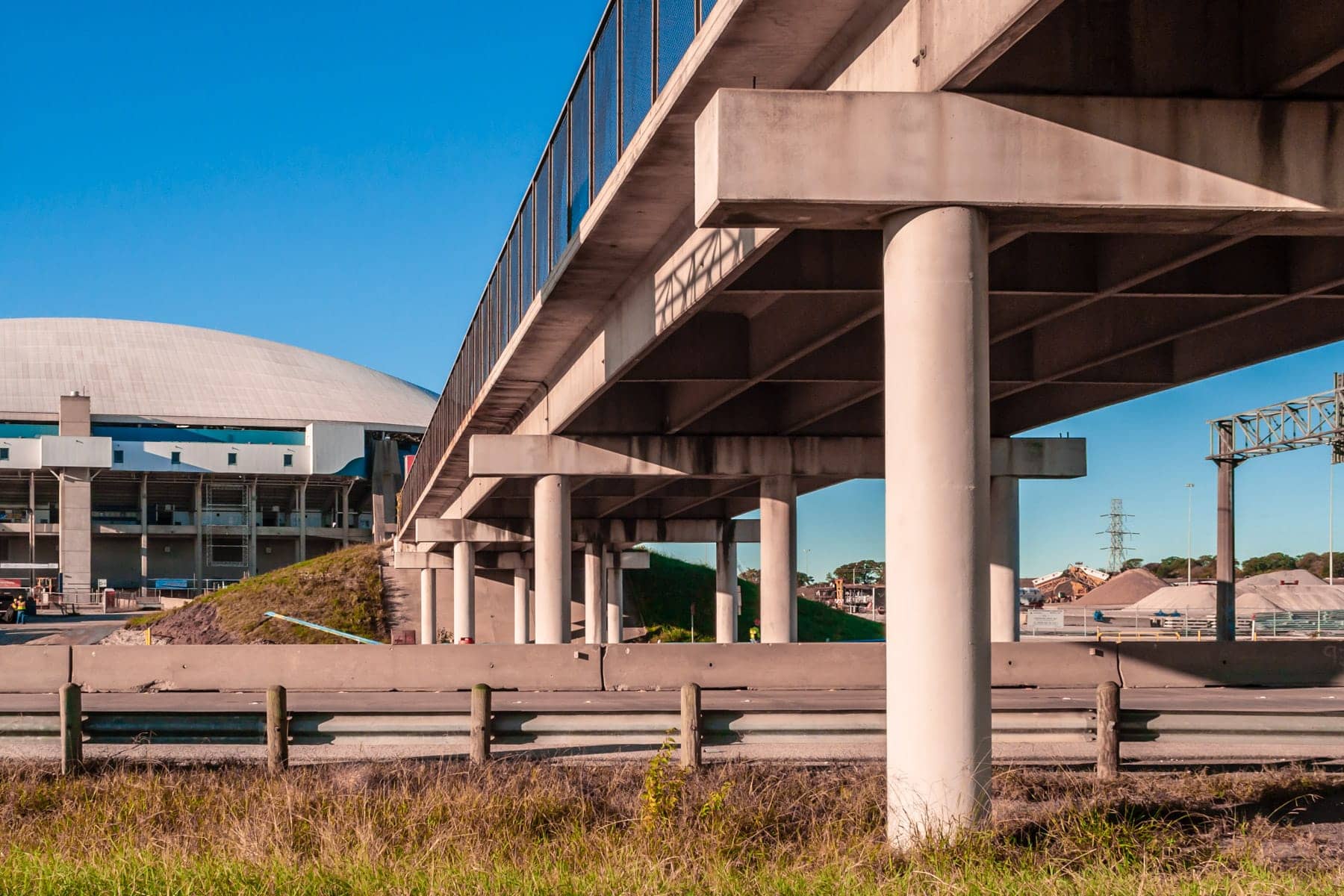 This pedestrian bridge crosses a busy road to the soon-to-be-demolished Texas Stadium. 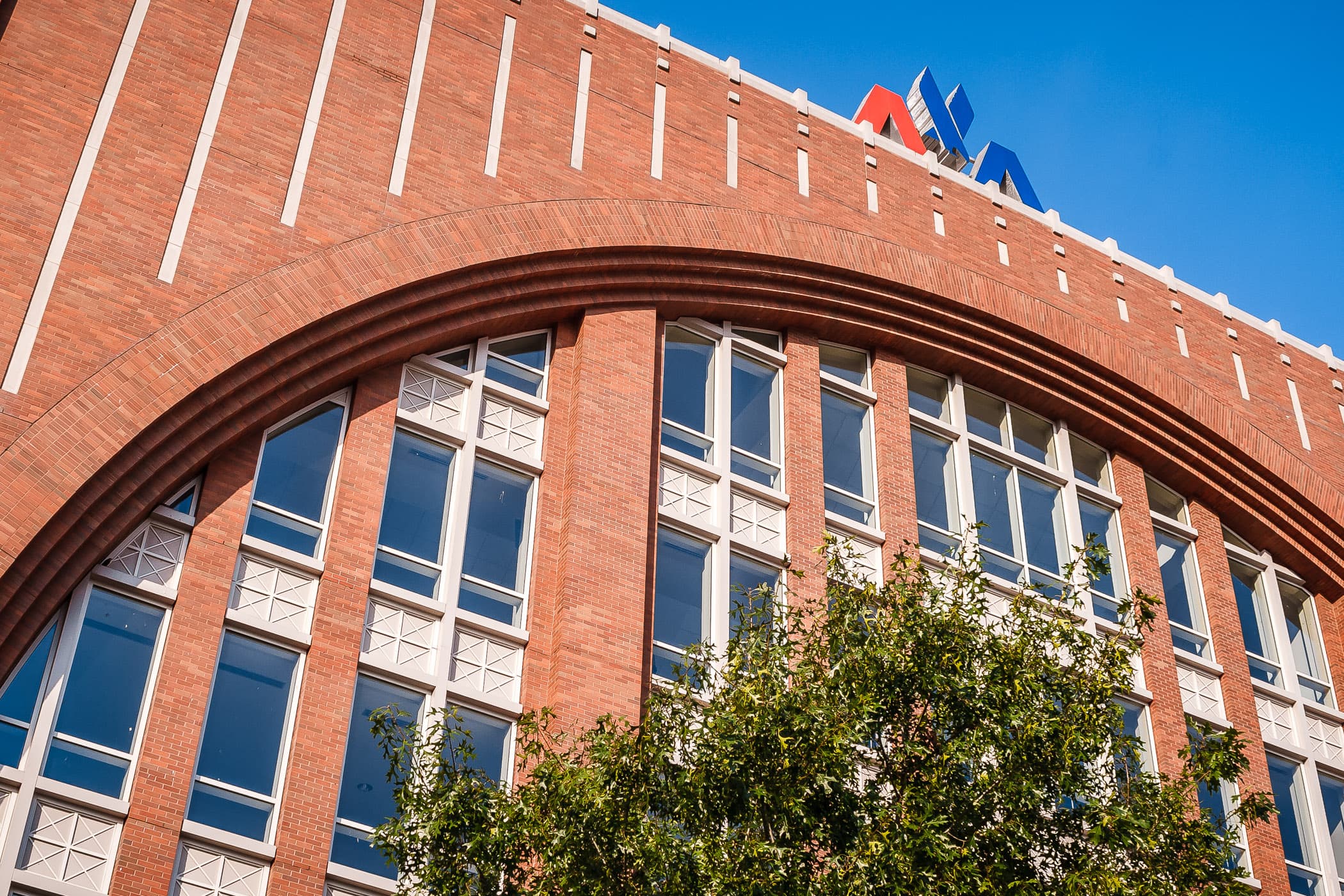 Rising Above the Demolition Below 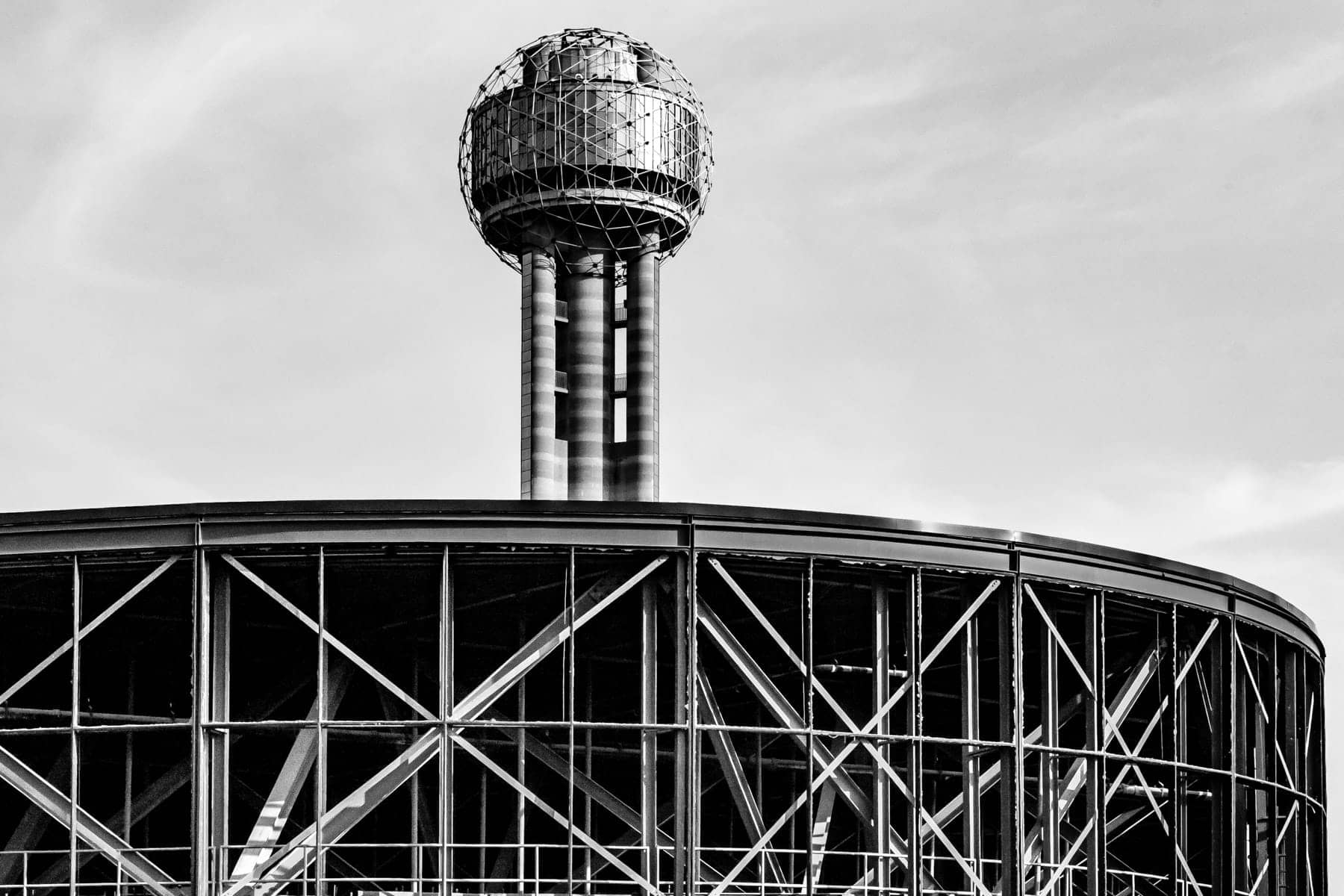 Dallas’ Reunion Tower rises over the partially-demolished remains of nearby Reunion Arena. 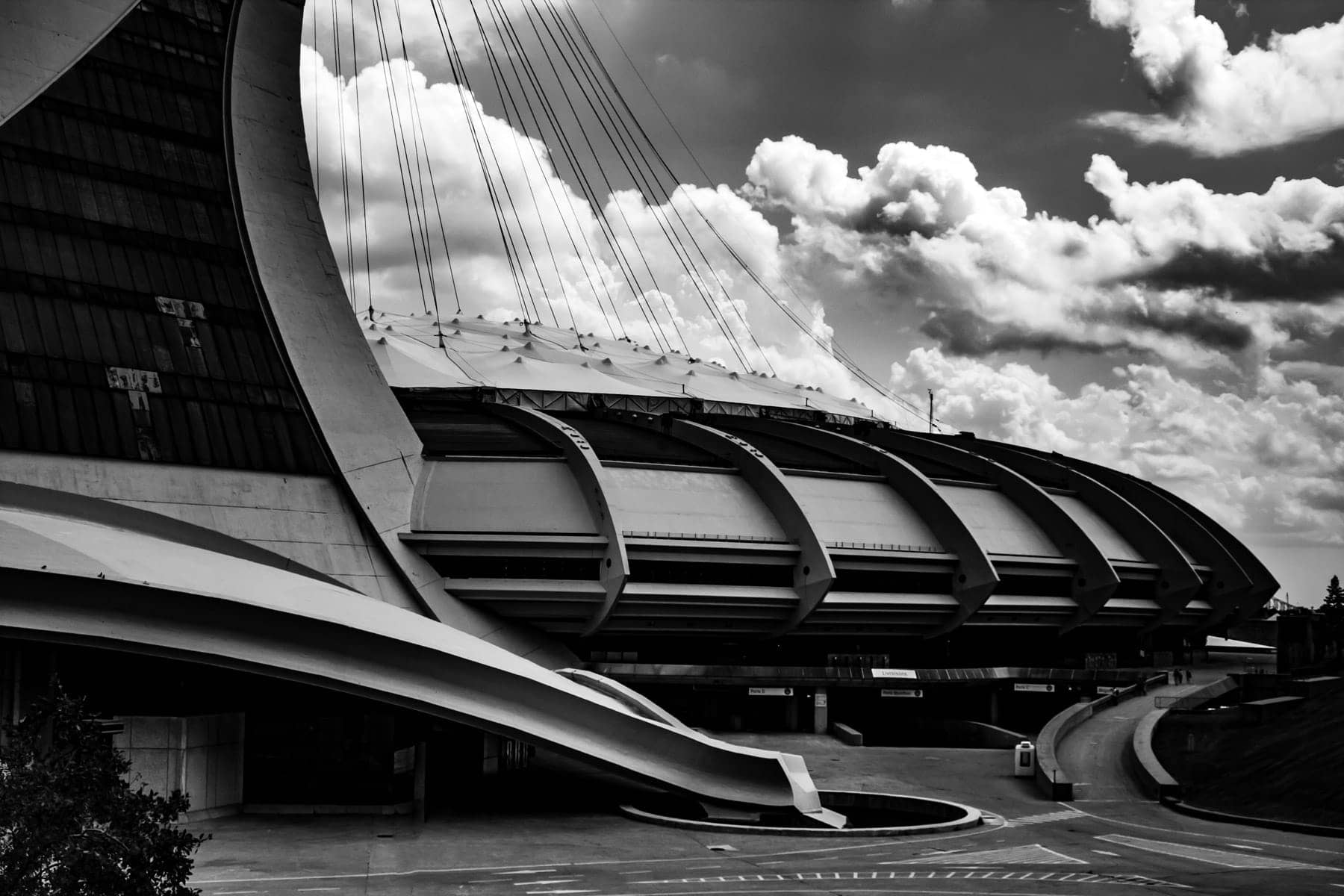 Montréal’s Stade Olympique, lying in disrepair since the Expos decamped to Washington in 2004, resembles an alien craft in this shot.