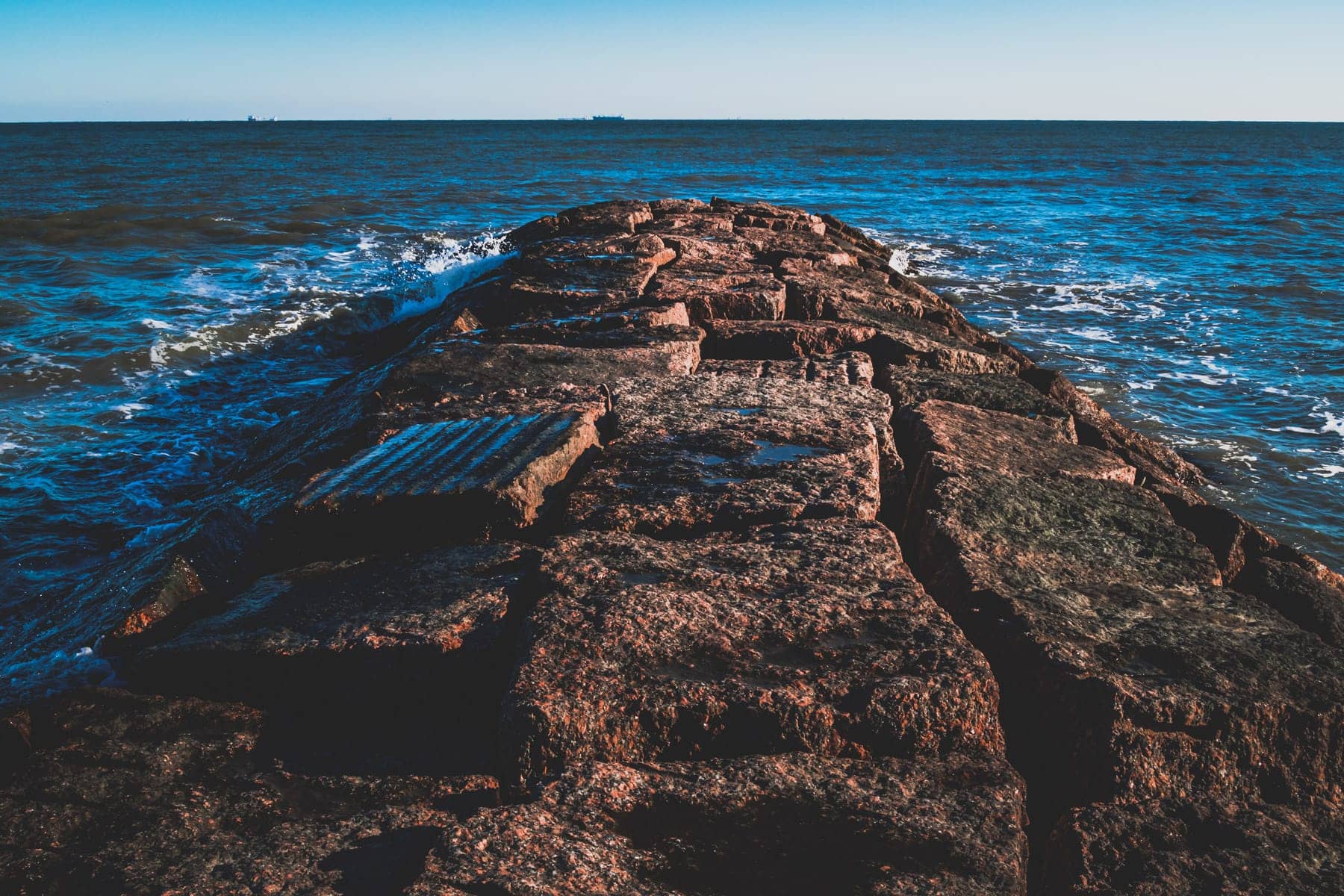 A erosion-control groyne stretches into the Gulf of Mexico from the Galveston, Texas, beach.

The Structure on the Beach The remains of an old pier at Crissy Field, San Francisco. The sun rises on granite blocks at the base of the Galveston Seawall, Galveston, Texas.

A Pleasurable Morning at the Seaside The Galveston Island Historic Pleasure Pier is silhouetted by the sunrise over the Gulf of Mexico. The sun rises on the Gulf of Mexico, as seen from a granite groyne along the Galveston, Texas, beach. The Pacific Ocean narrows into the Golden Gate at the headlands of the Marin Peninsula and San Francisco Peninsula as seen from Lands End.

Wave at the Rising Sun The sun rises on Galveston, Texas.