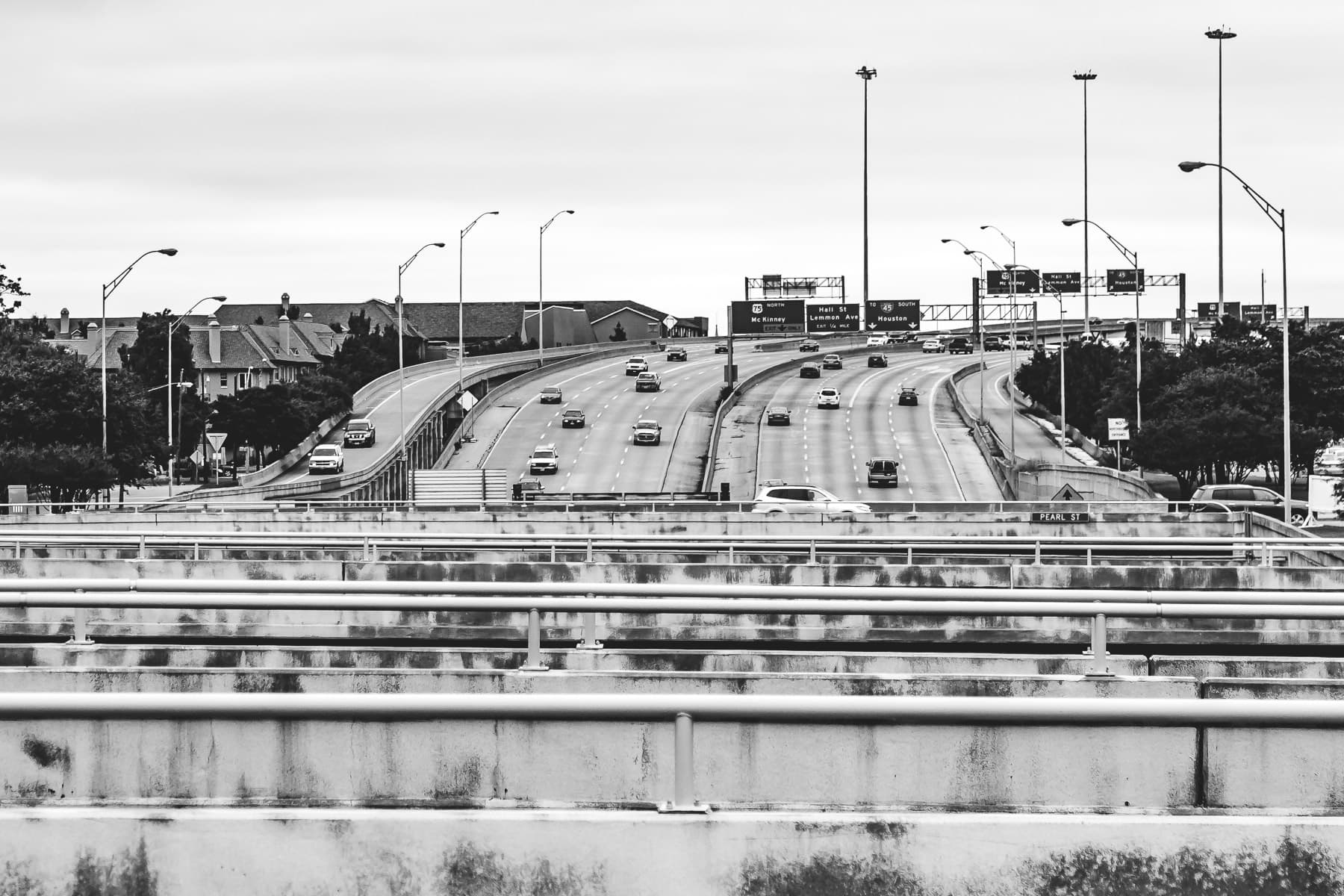 The soon-to-be- covered-over Woodall Rogers Freeway in Uptown Dallas. By 2012, these bridges over the freeway will be replaced by a five acre park while the freeway itself still passes underneath. 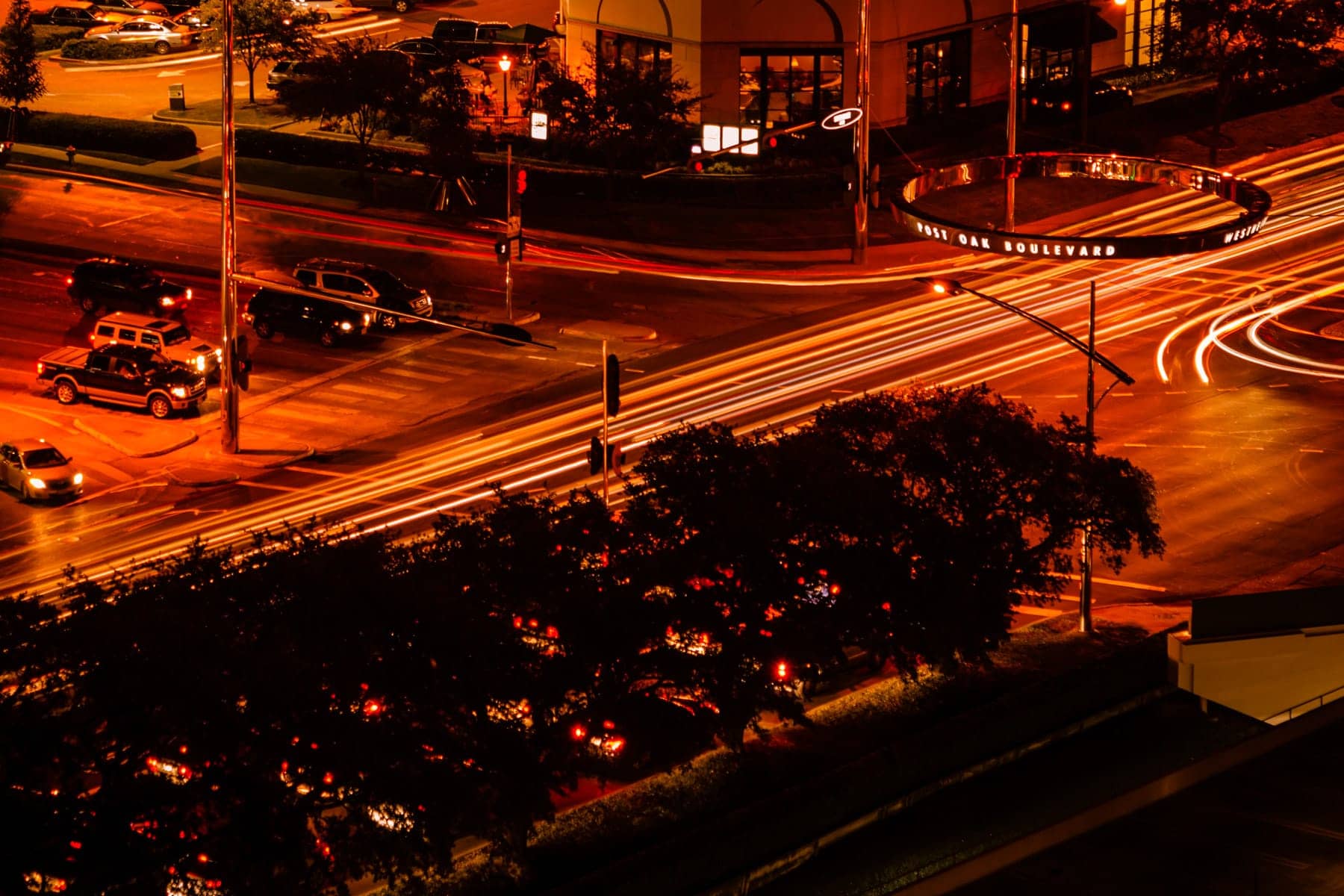 A long exposure shot of the busy Houston intersection of Post Oak and Westheimer. 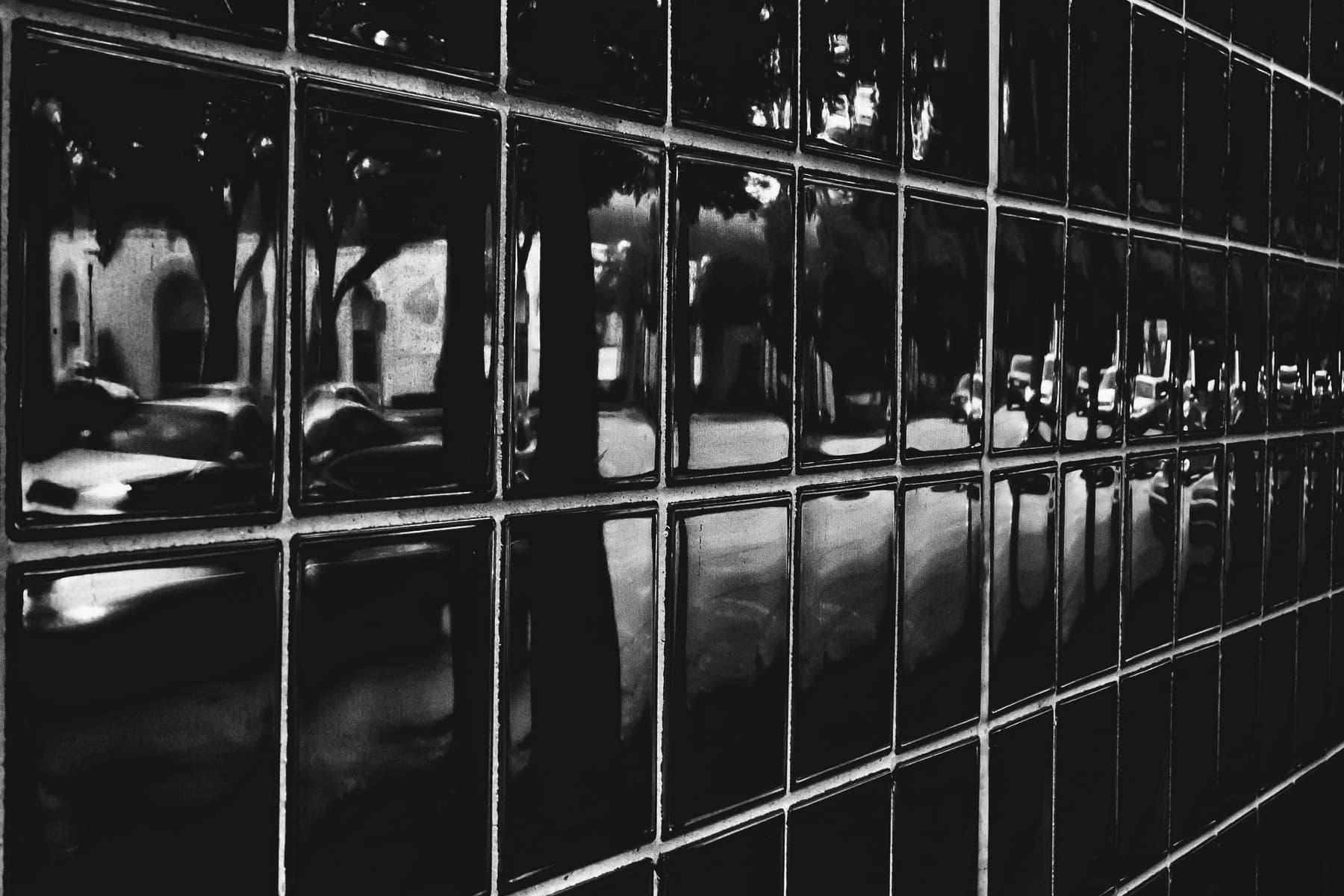 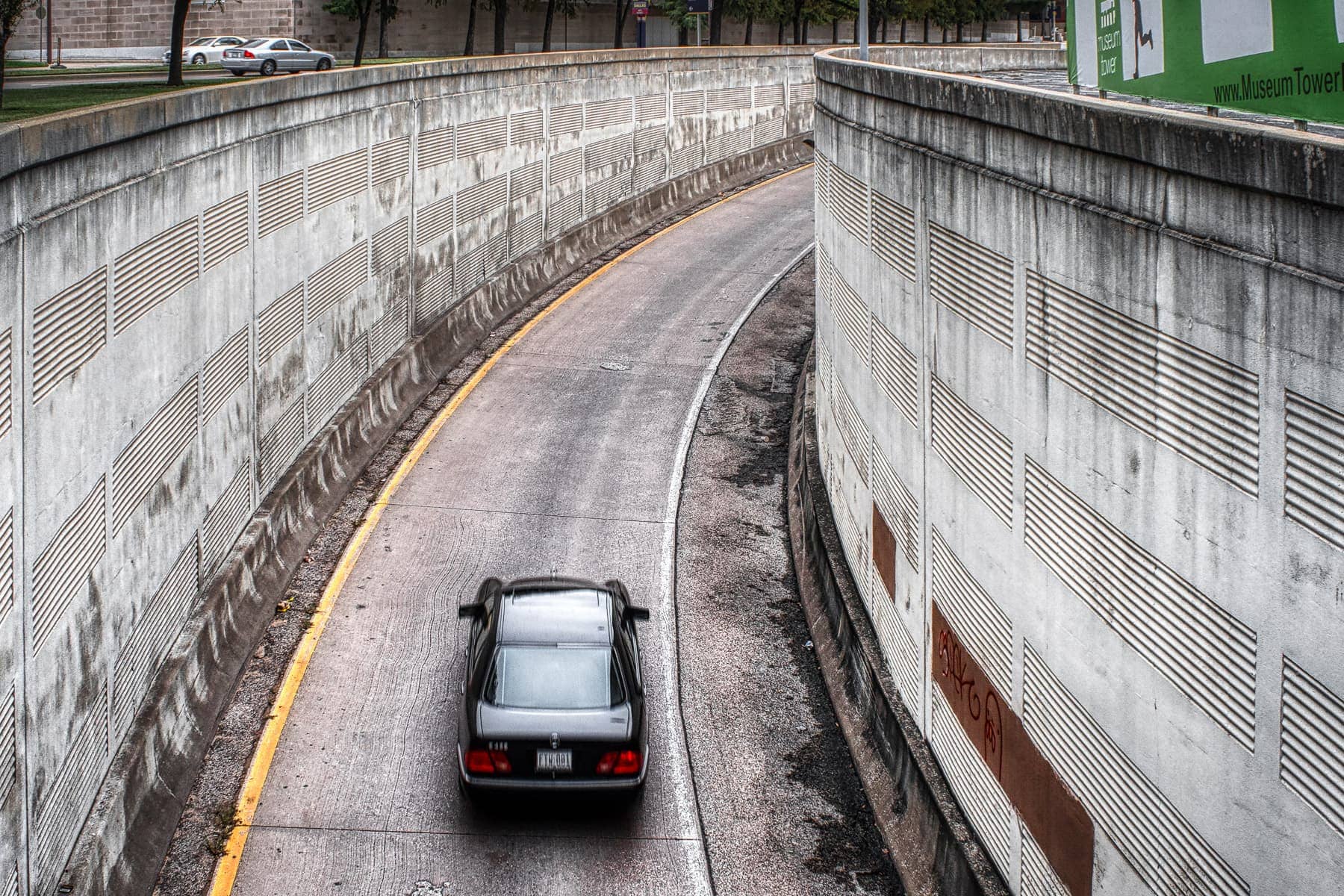 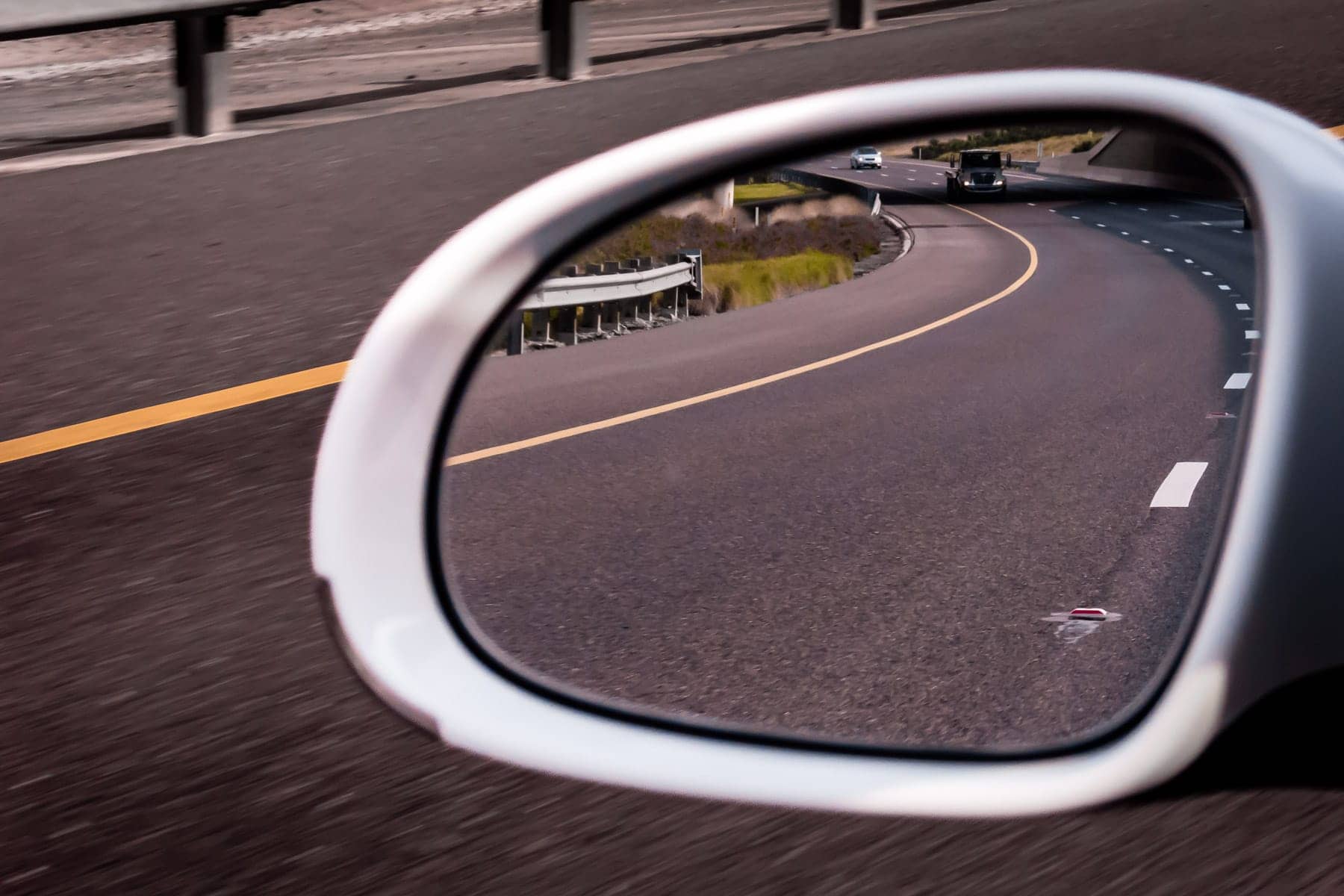 The President George Bush Turnpike in Dallas reflected in the mirror of a Volkswagen GTI. 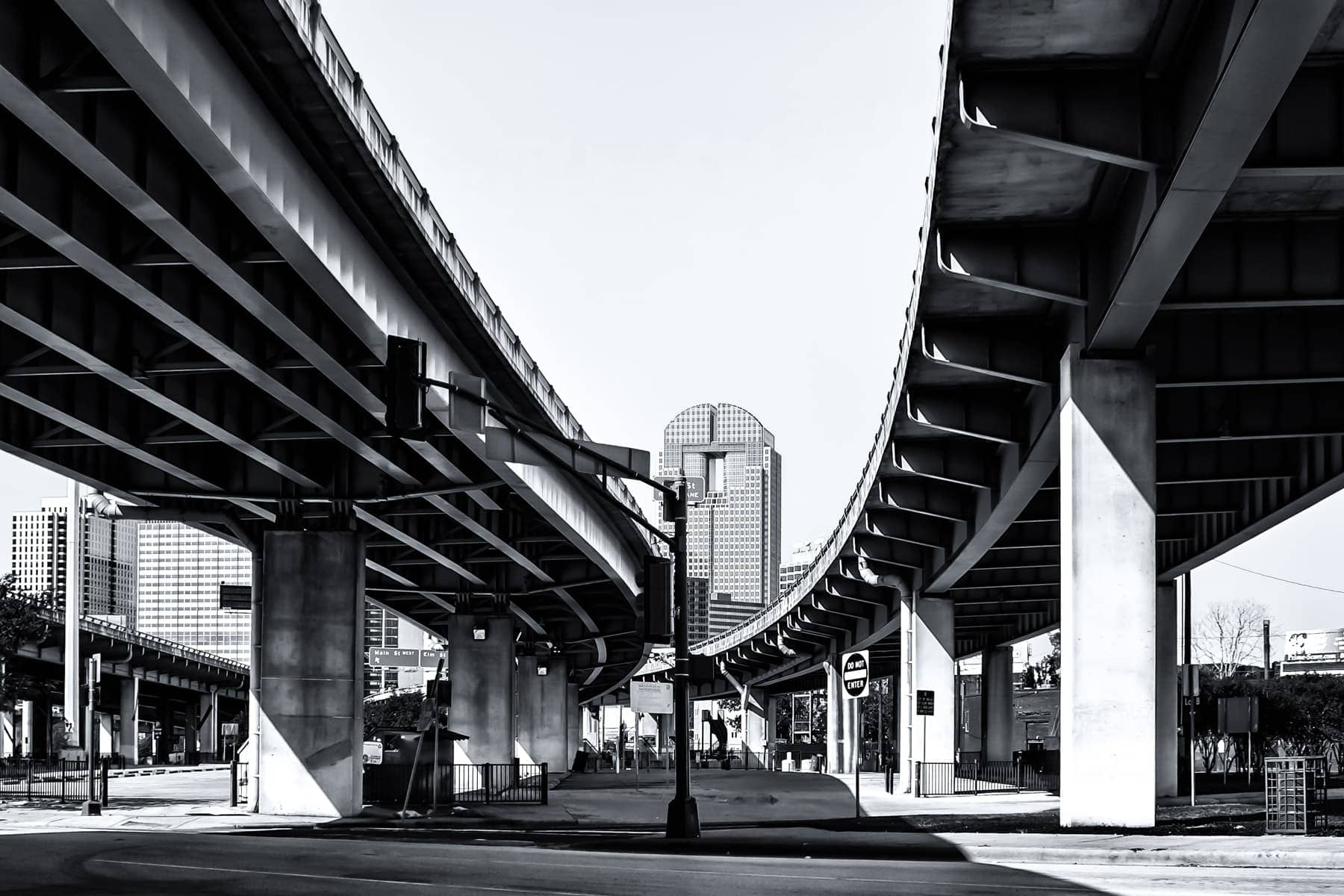 Bridges on US 75 as it passes over Good-Latimer Expressway in Dallas. 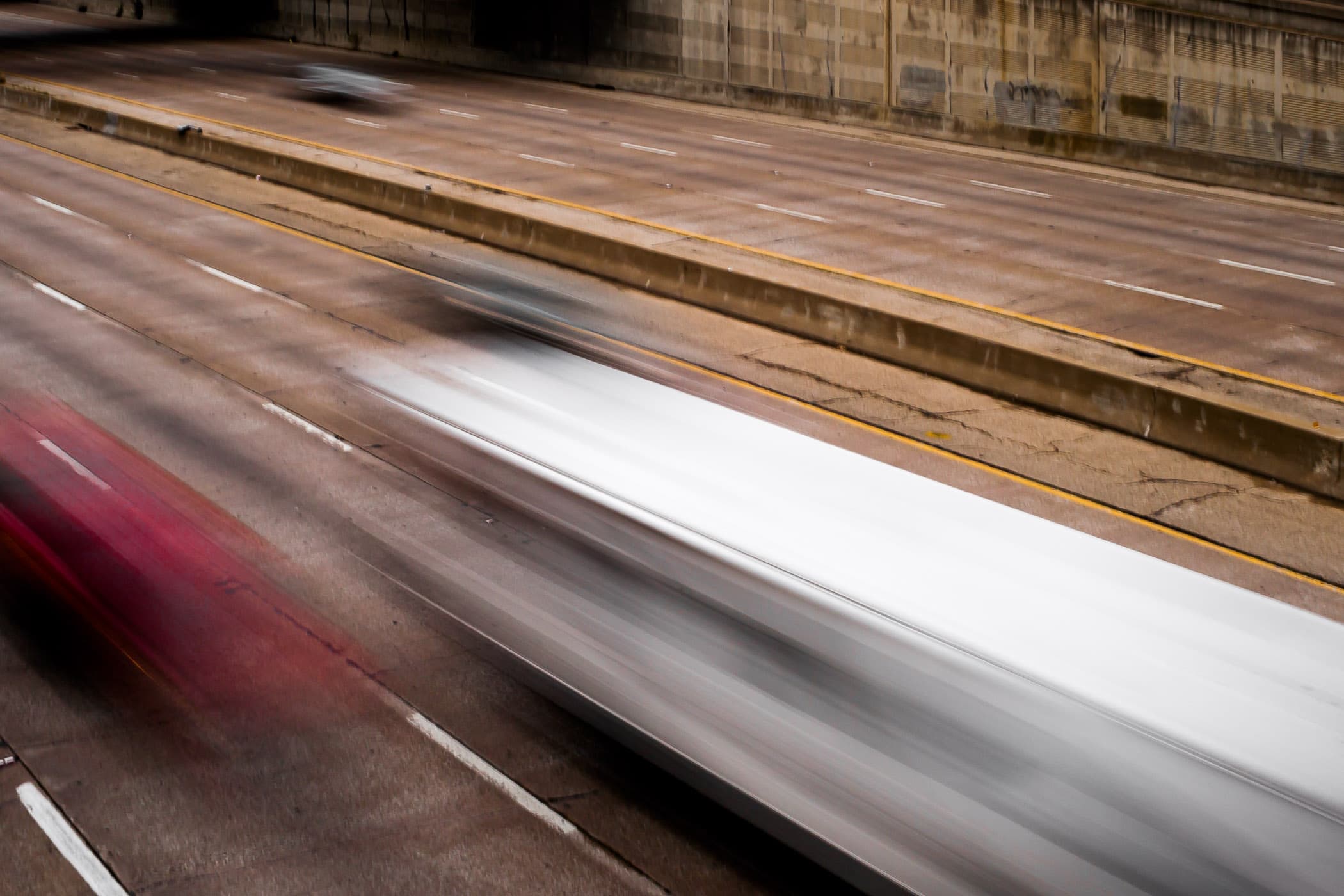 Do Not Enter Wrong Way

Fat Quebecois In The Street

An old Québécois man yells at someone in the facing building in this scene from Québec City. 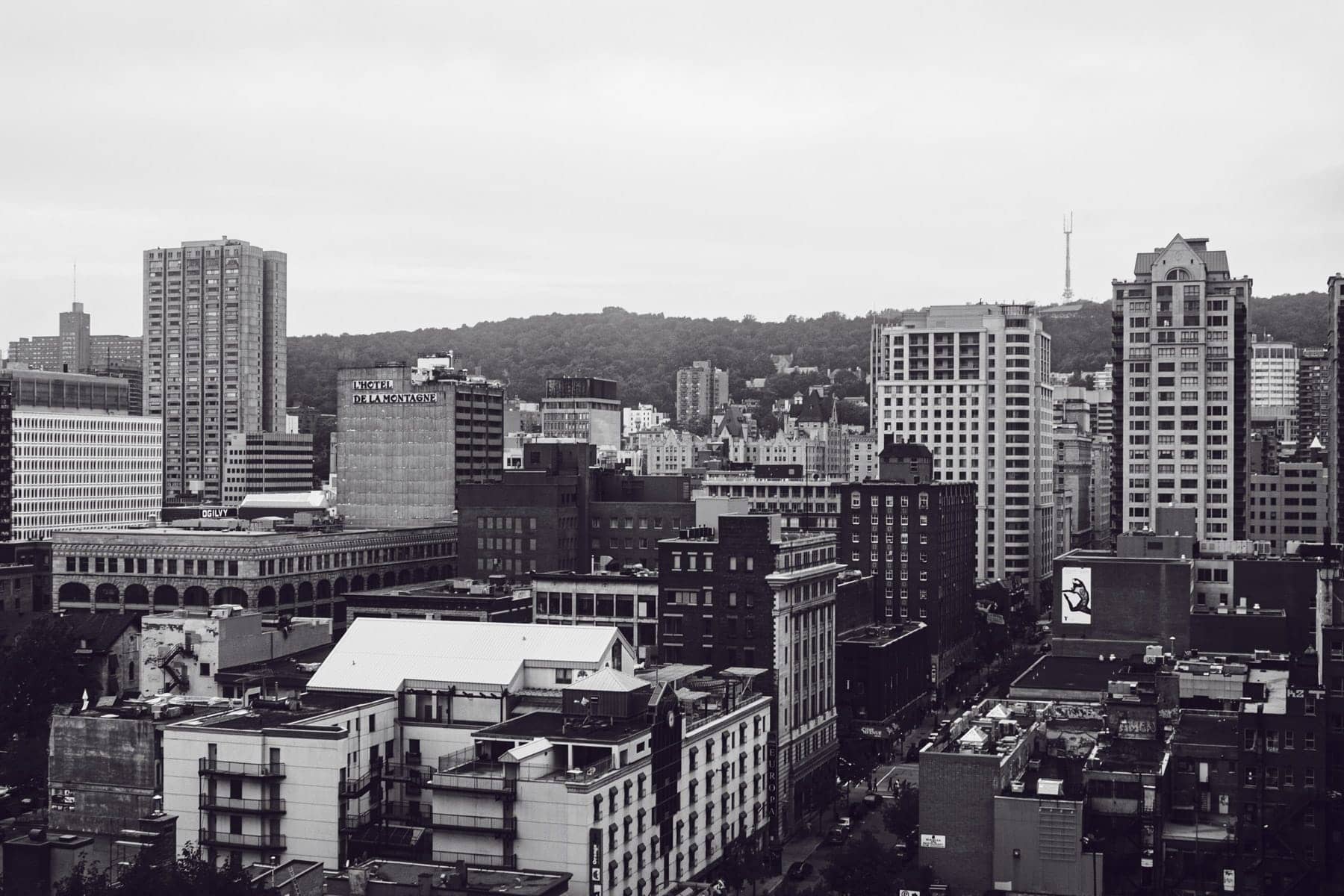