The last light of day on Elliott Bay, Seattle, Washington. The sun sets on the Seattle-Bainbridge ferry as it crosses Puget Sound. 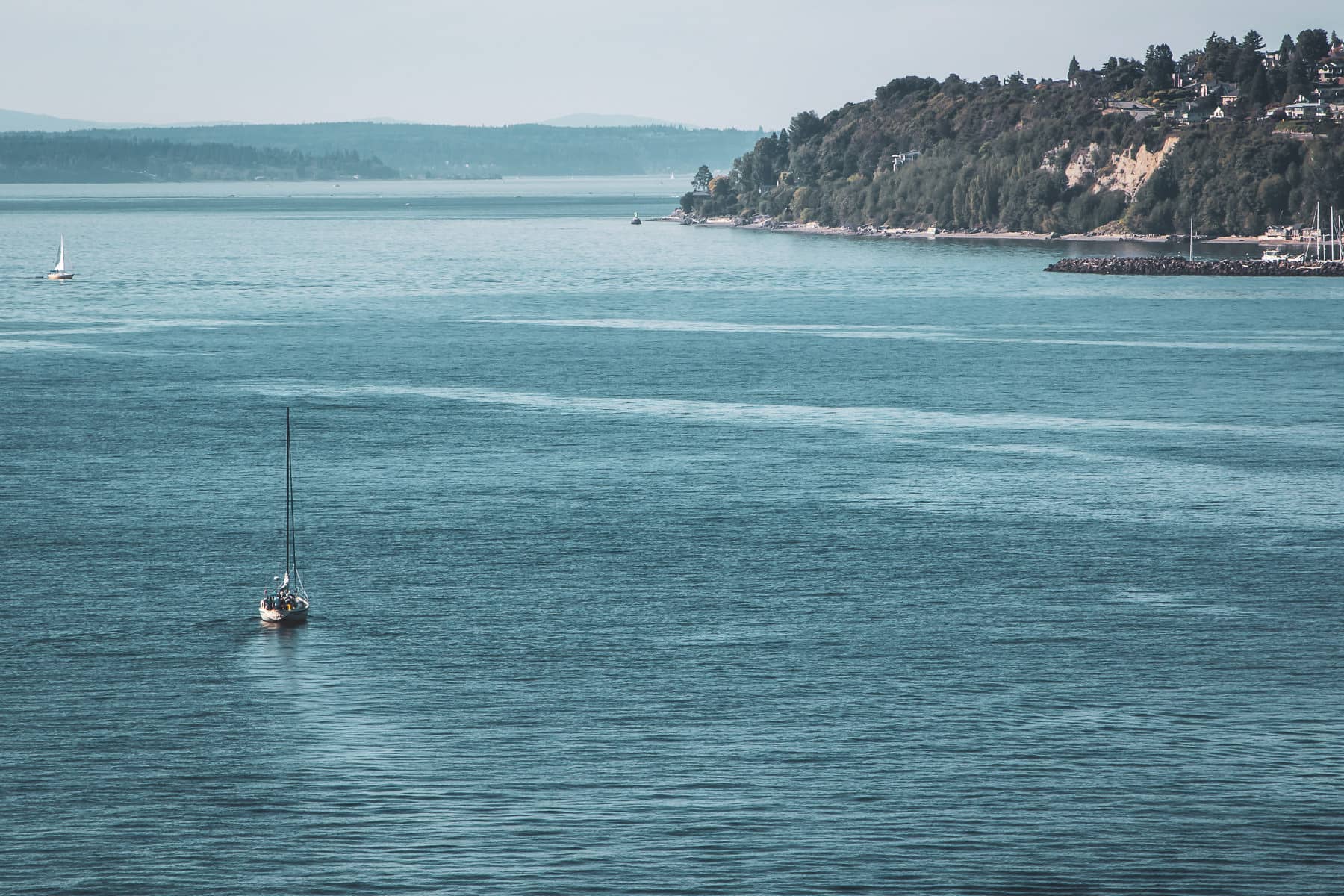 A sailboat lolls on the still waters of Washington’s Puget Sound near Seattle. 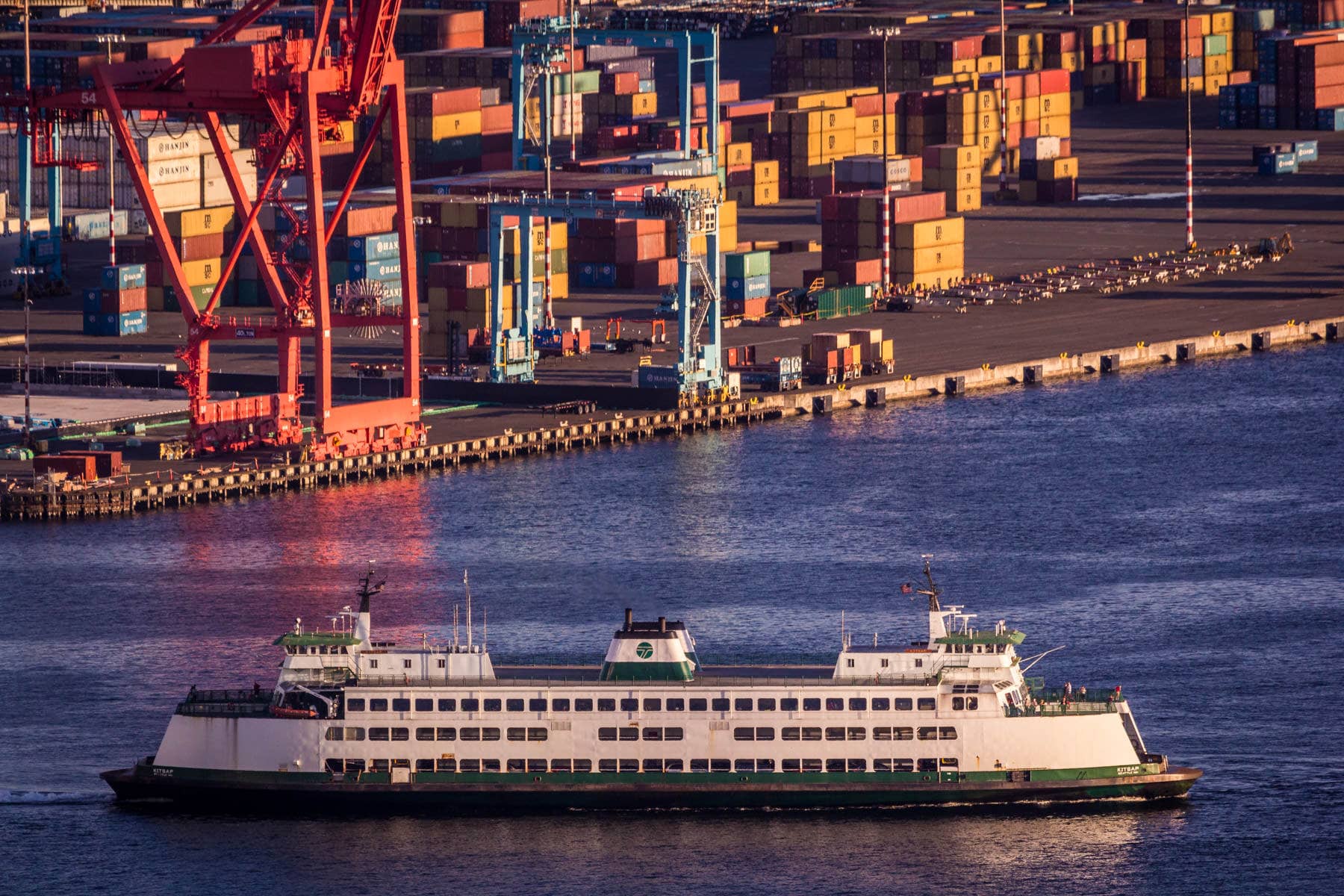 A Washington State Ferry leaves the Seattle Ferry Terminal as the sun begins to set on Puget Sound.