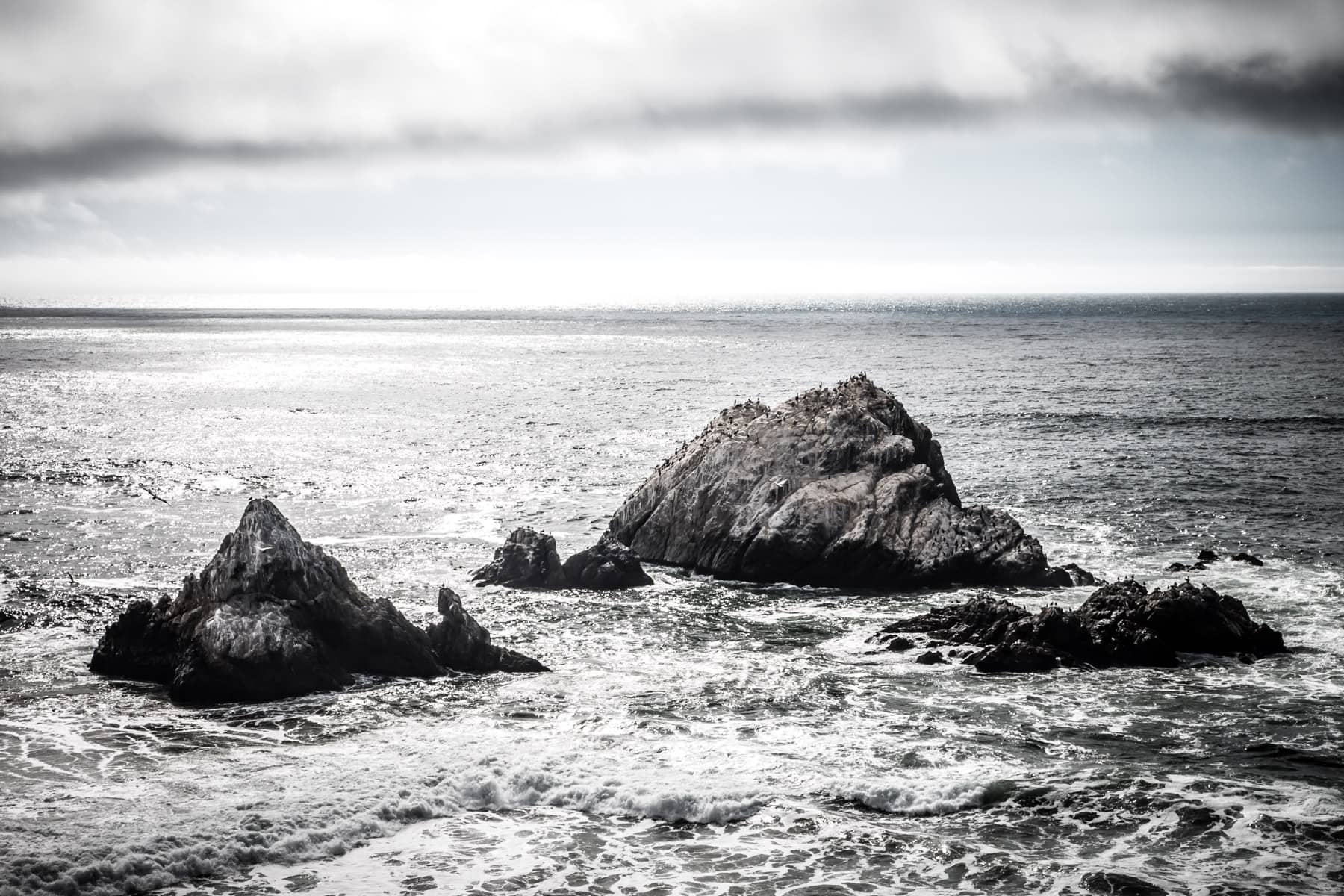 San Francisco’s Seal Rocks rise from the Pacific Ocean surf just off the shore of Lands End on the western edge of the city.

Under the Golden Gate 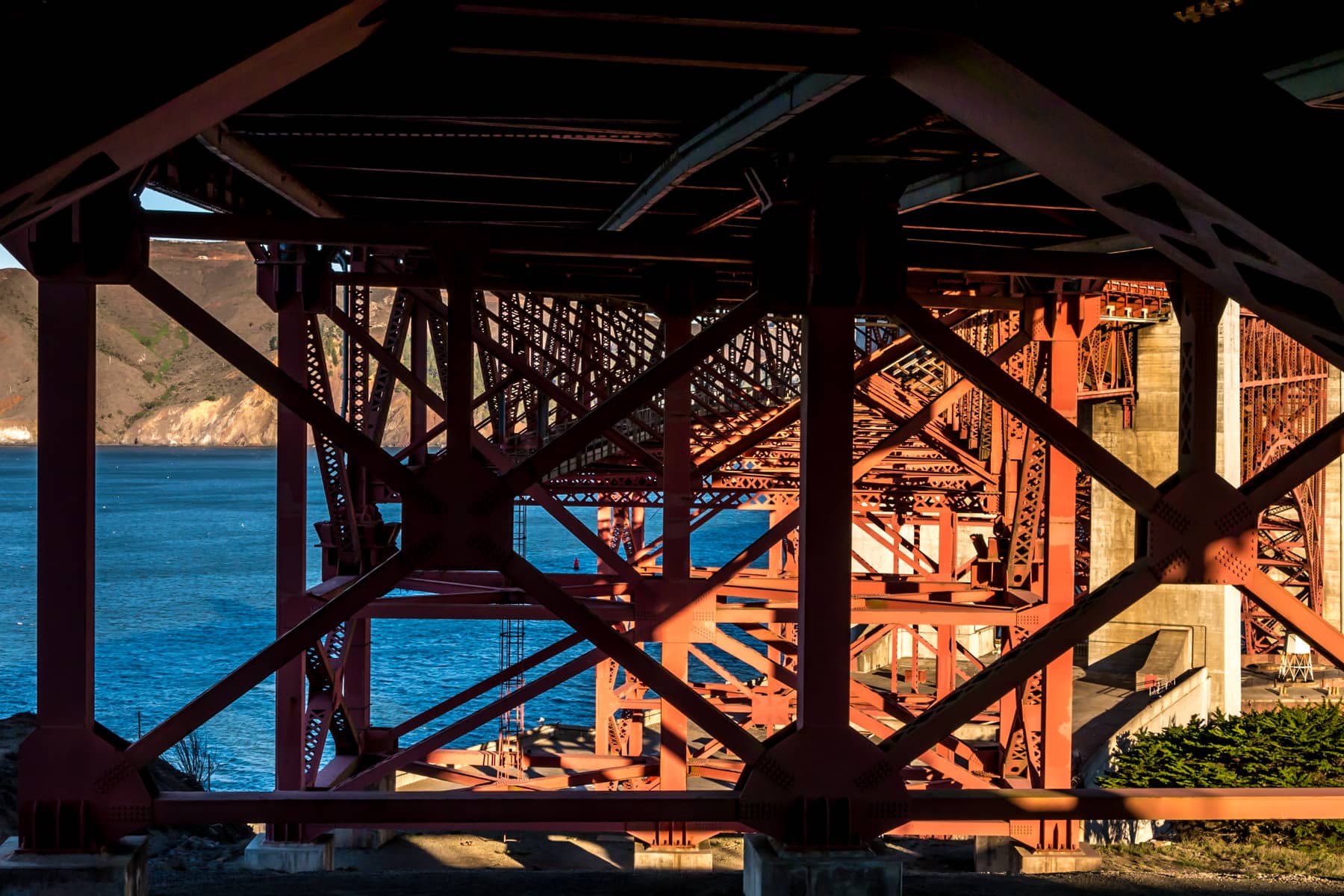 Detail of the support structure of San Francisco’s iconic Golden Gate Bridge as it spans its namesake narrows between San Francisco Bay and the Pacific Ocean. 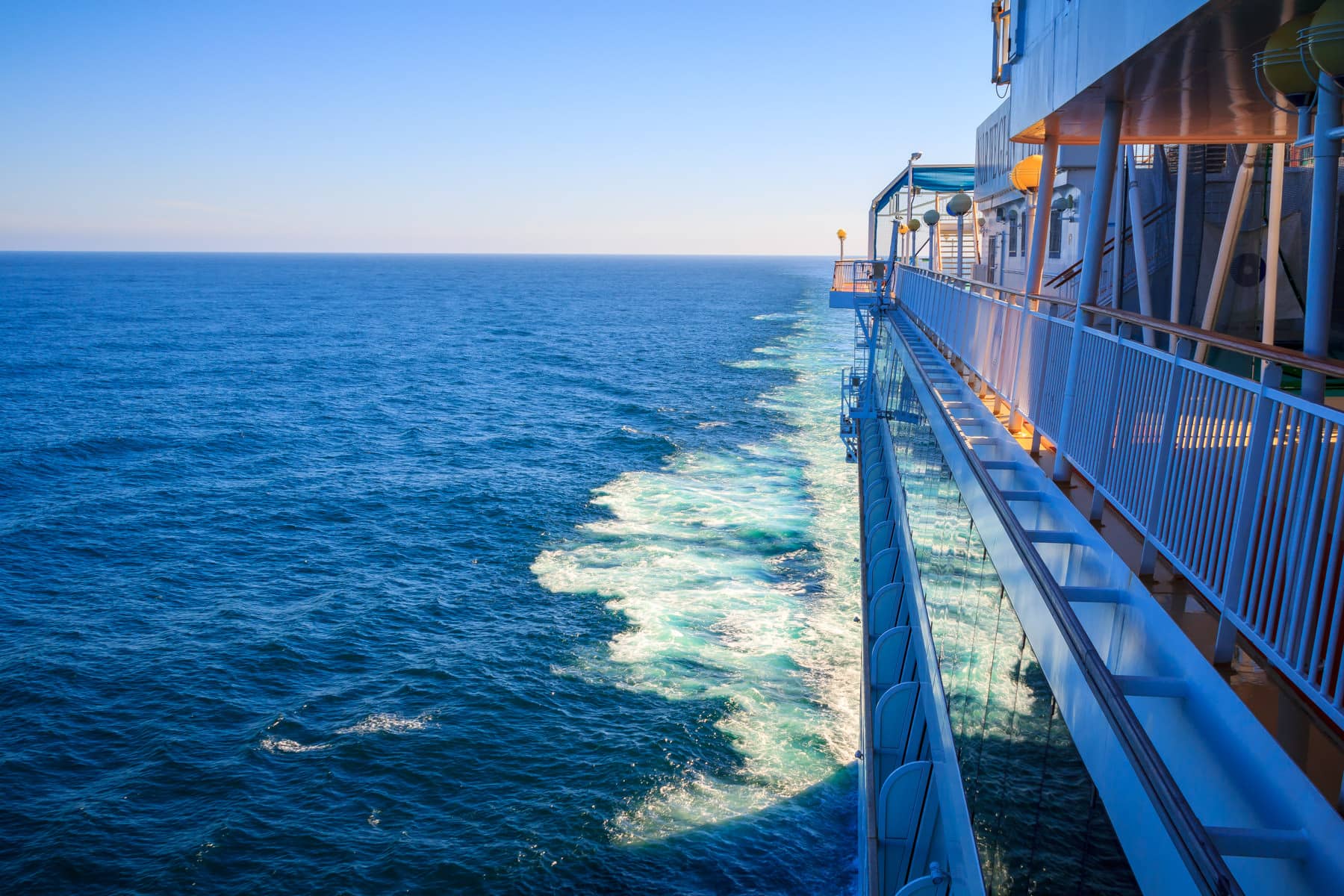 The cruise ship Norwegian Pearl cuts through the Pacific Ocean, somewhere off the west coast of British Columbia between Vancouver Island and Graham Island.