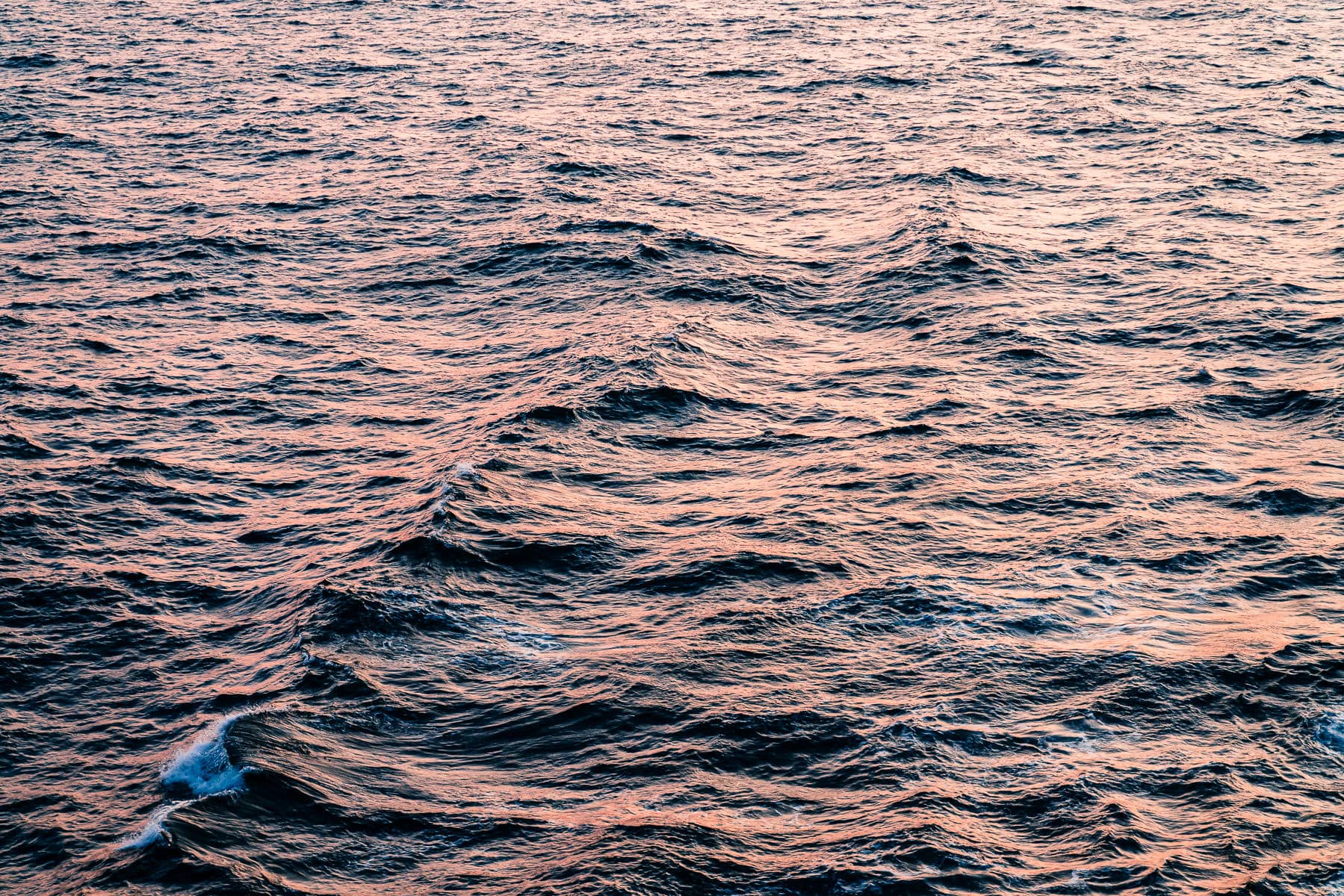 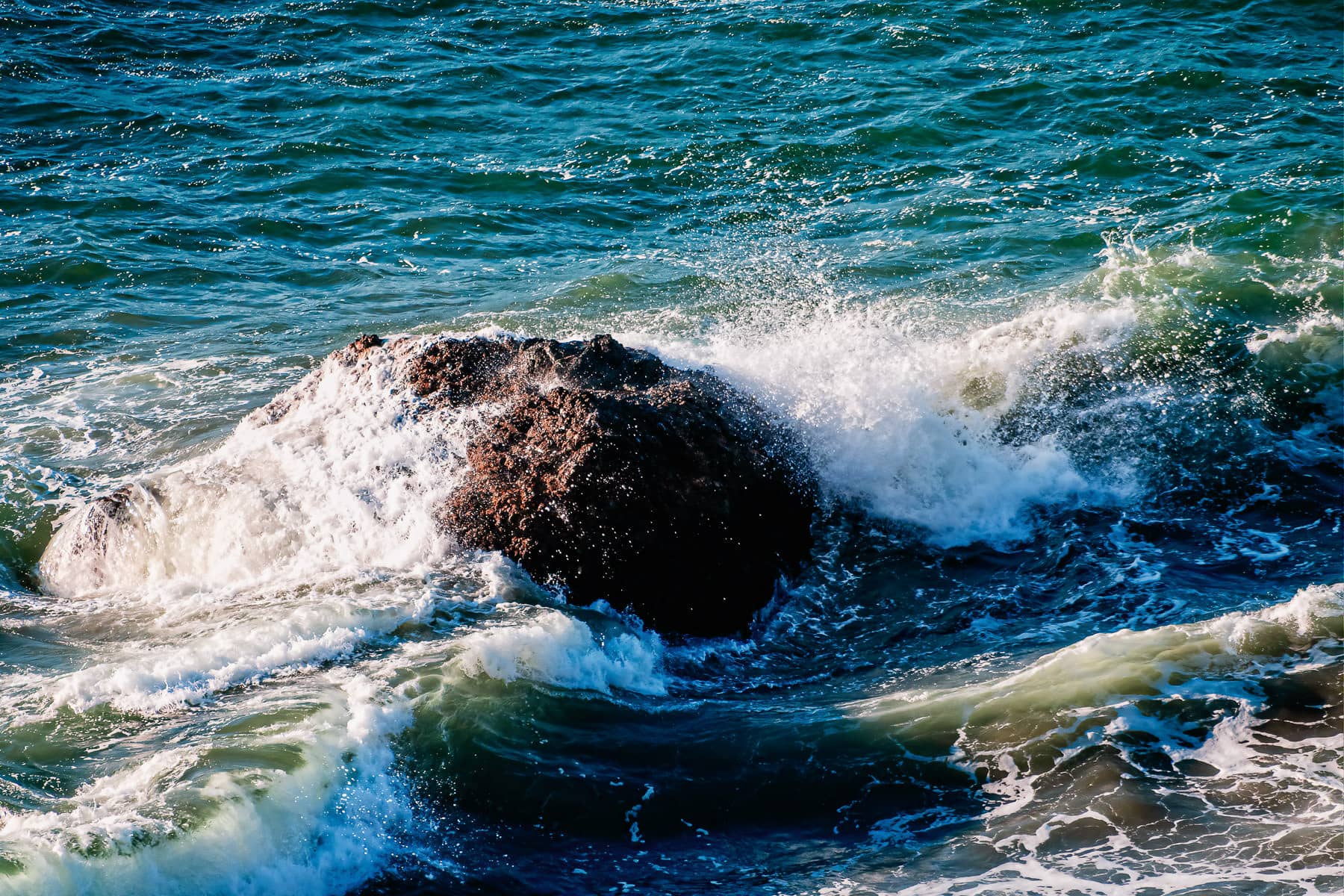 Waves crash over a rock along the Pacific Ocean shoreline at Lands End, San Francisco. 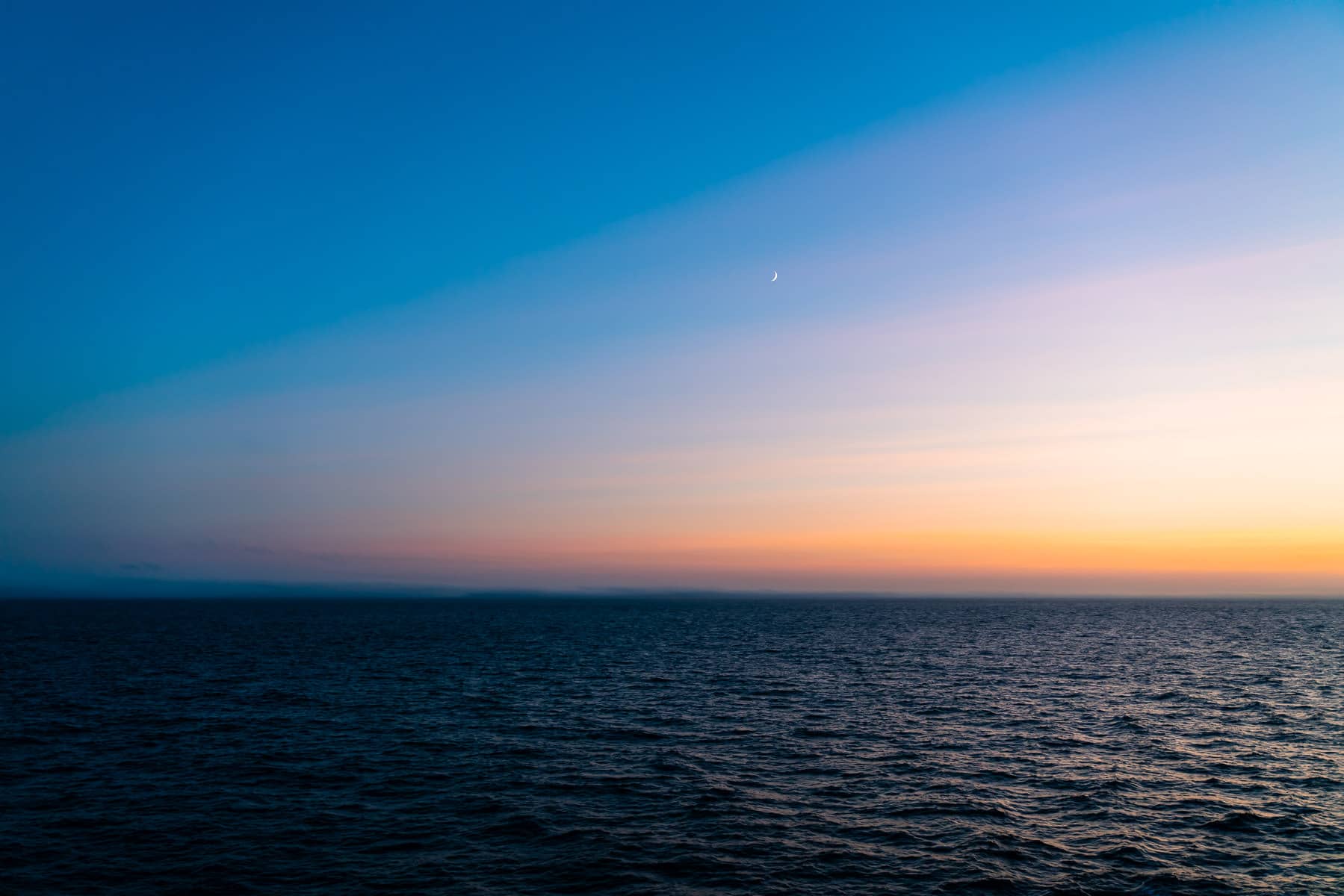 The Moon rises over the Pacific Ocean near Graham Island, British Columbia.

On the Sutro Rocks The sun sets on the Golden Gate—the narrow strait between San Francisco and the Marin Headlands that connects San Francisco Bay with the Pacific Ocean.