A long exposure of a carnival ride at Addison Oktoberfest, Addison, Texas.

The Concrete Canyon at Dusk 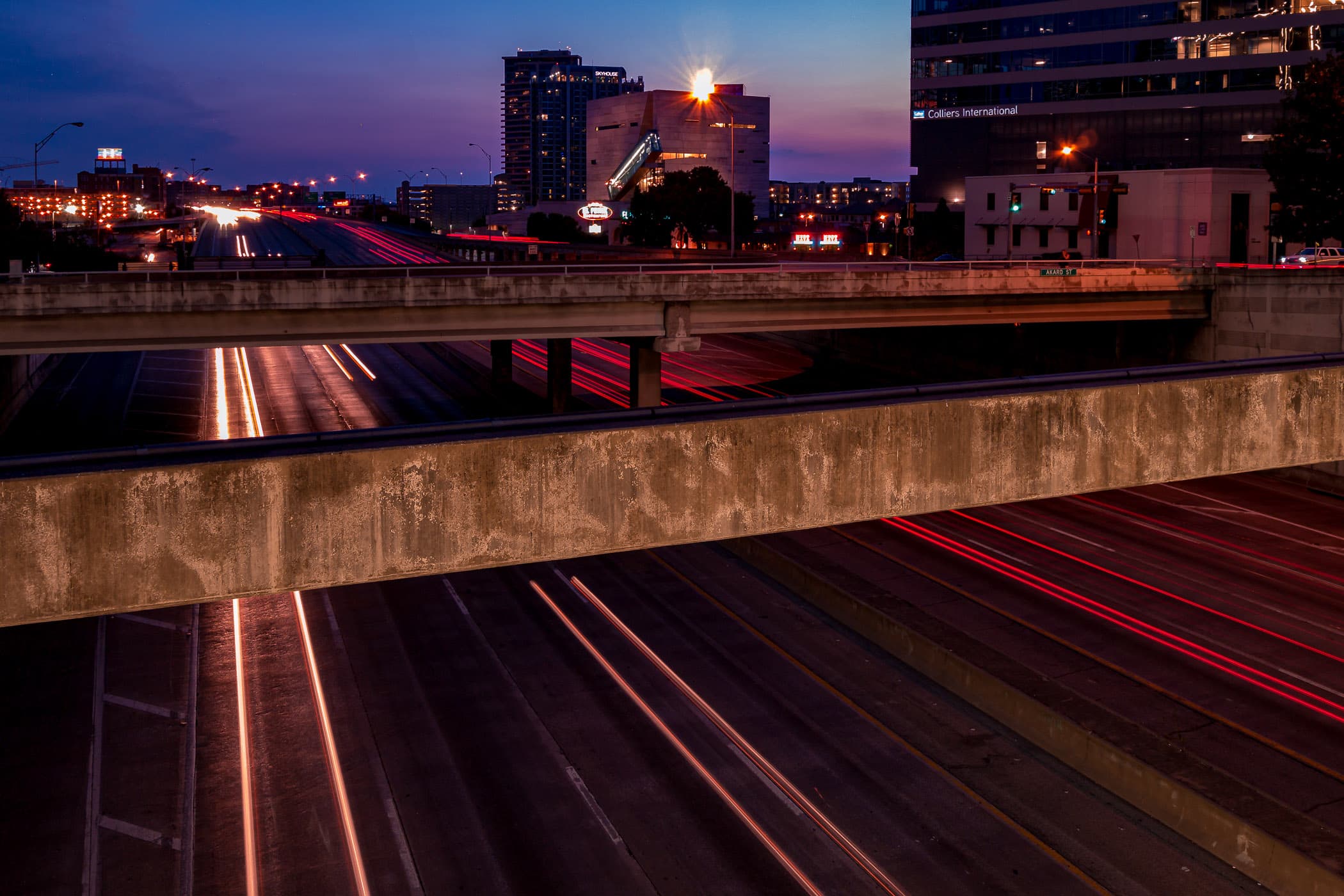 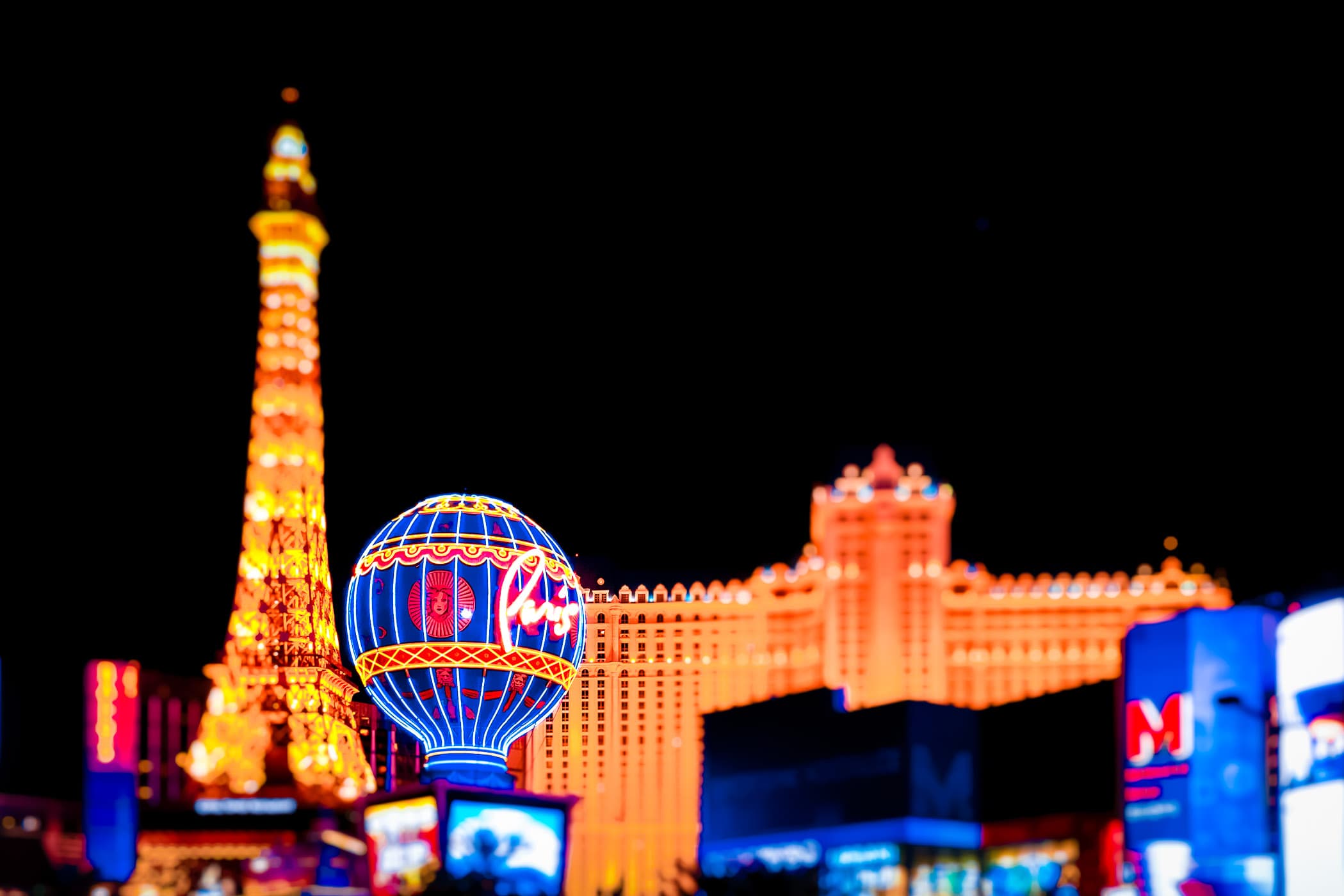 Las Vegas’ Paris Hotel & Casino lights up the night along The Strip. Recently-restored, this iconic red pegasus originally stood atop Dallas’ Magnolia Petroleum Building. Erected in 1934, it became a symbol of the city until it was replaced by a reproduction in 1999. This original is now located at the Omni Dallas Hotel.

Standing Atop the Bridge 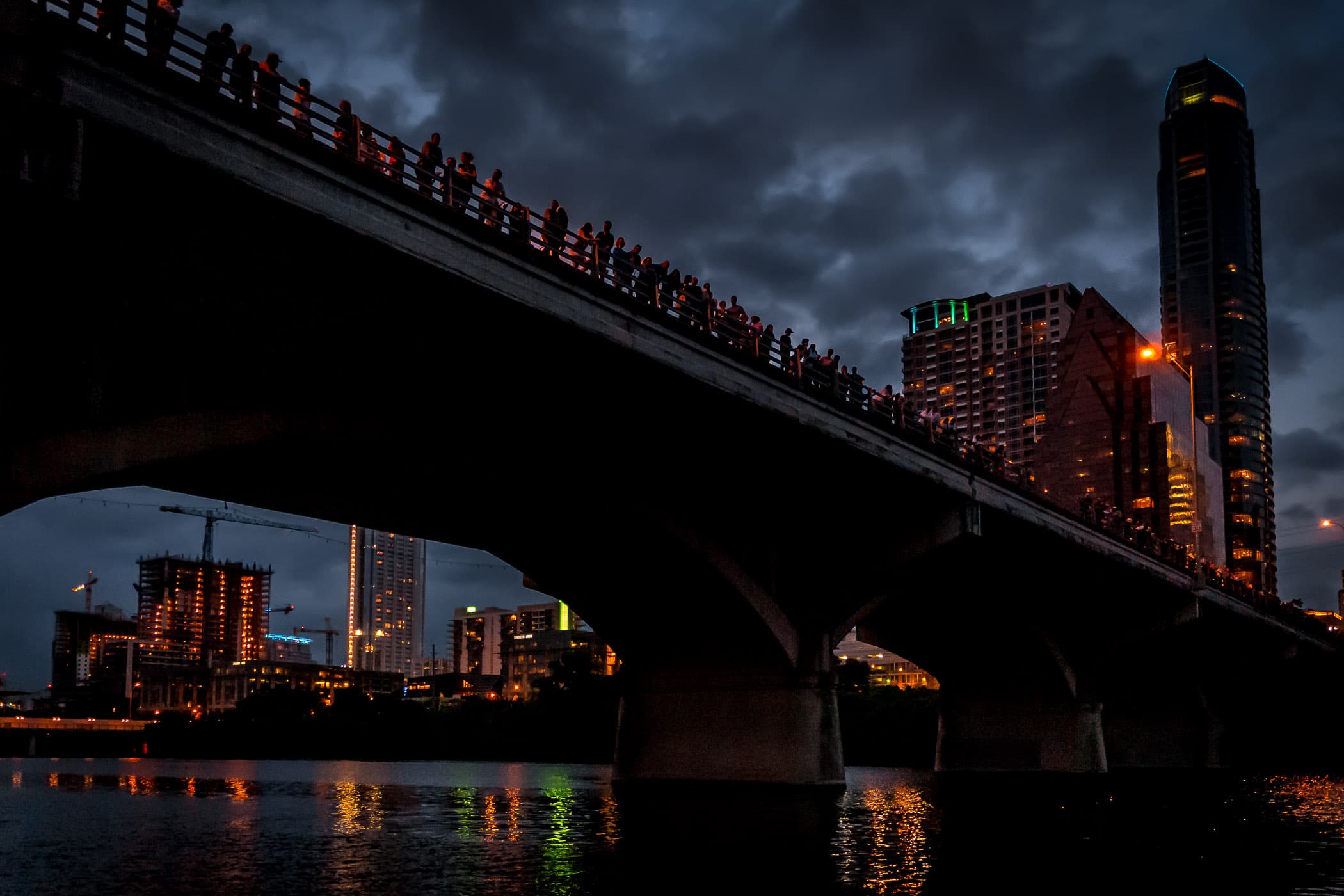 People gather atop Austin, Texas’ Congress Avenue Bridge at twilight to await the nightly flight of the colony of Mexican free-tailed bats that call the bridge’s crevices home. 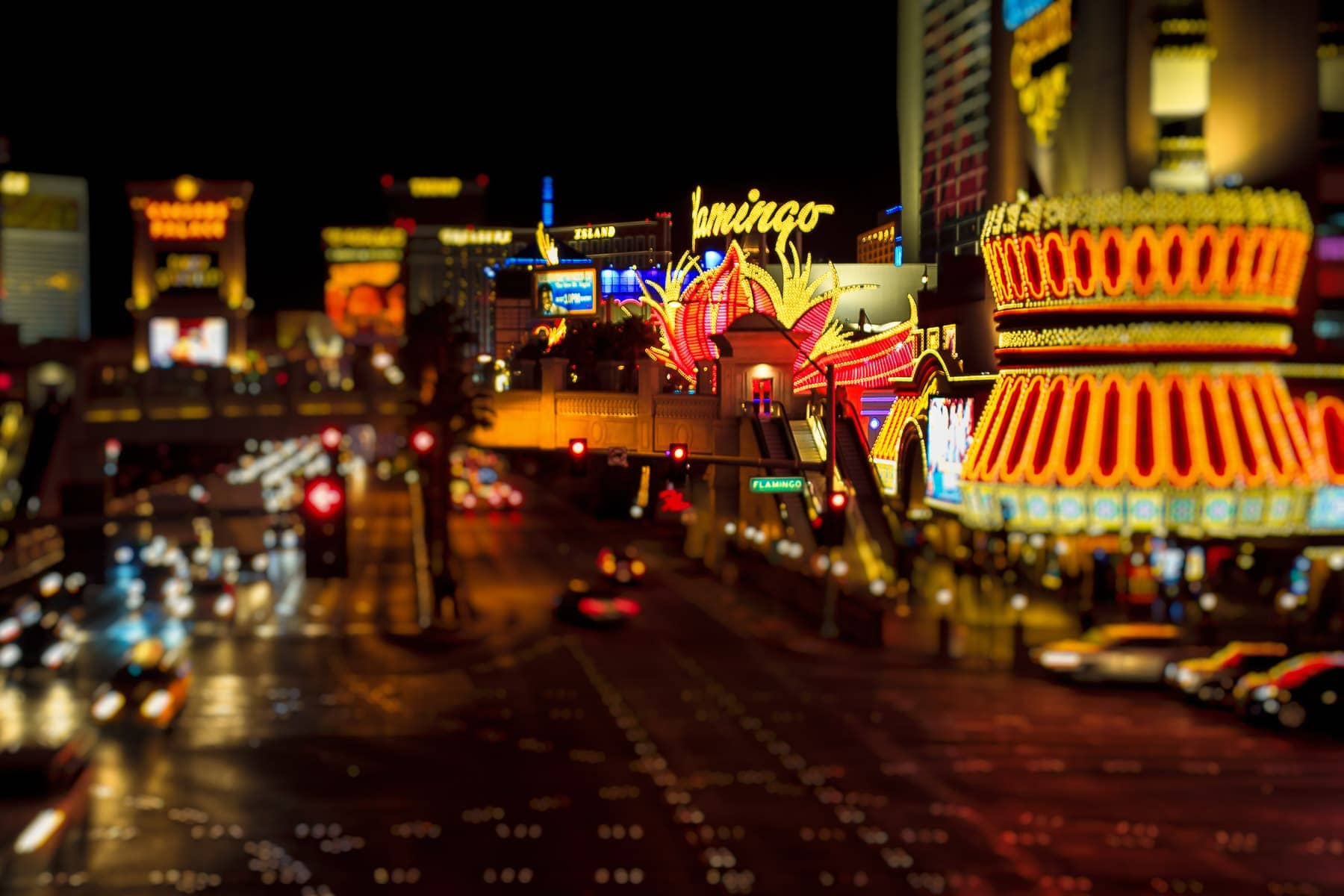 The Flamingo and the now-gone Bill’s Gamblin’ Hall (now The Cromwell) at the intersection of the The Strip and Flamingo Road, Las Vegas.

The Mirage in the Distance The Mirage forms in the distance along the Las Vegas Strip.

The Pleasure Pier at Night 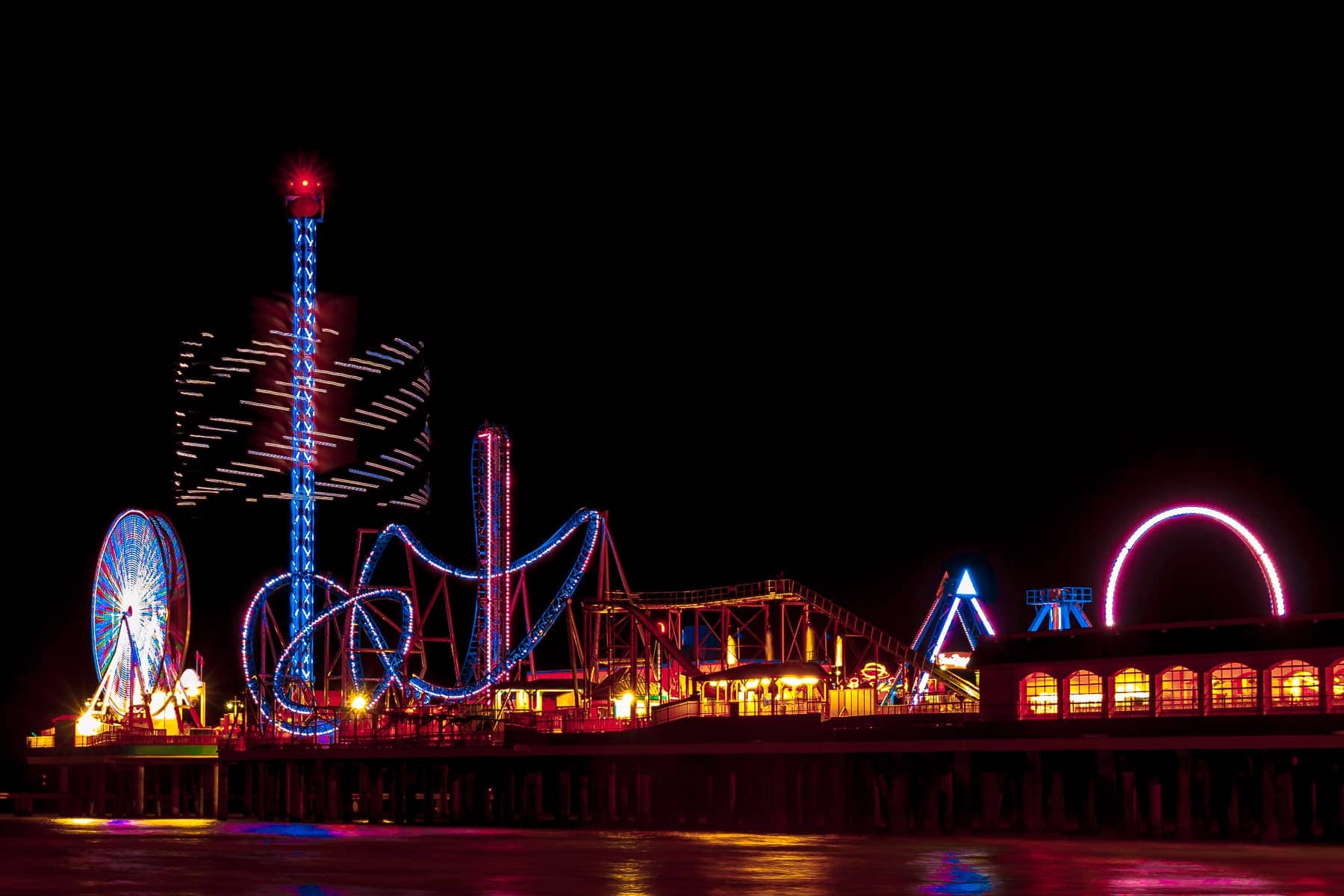 A long-exposure shot of Galveston, Texas’ Pleasure Pier at night.

The Skyline at Night Dallas’ distinctive skyline as seen from the Continental Avenue Bridge over the Trinity River floodplain.

The Elissa at Night 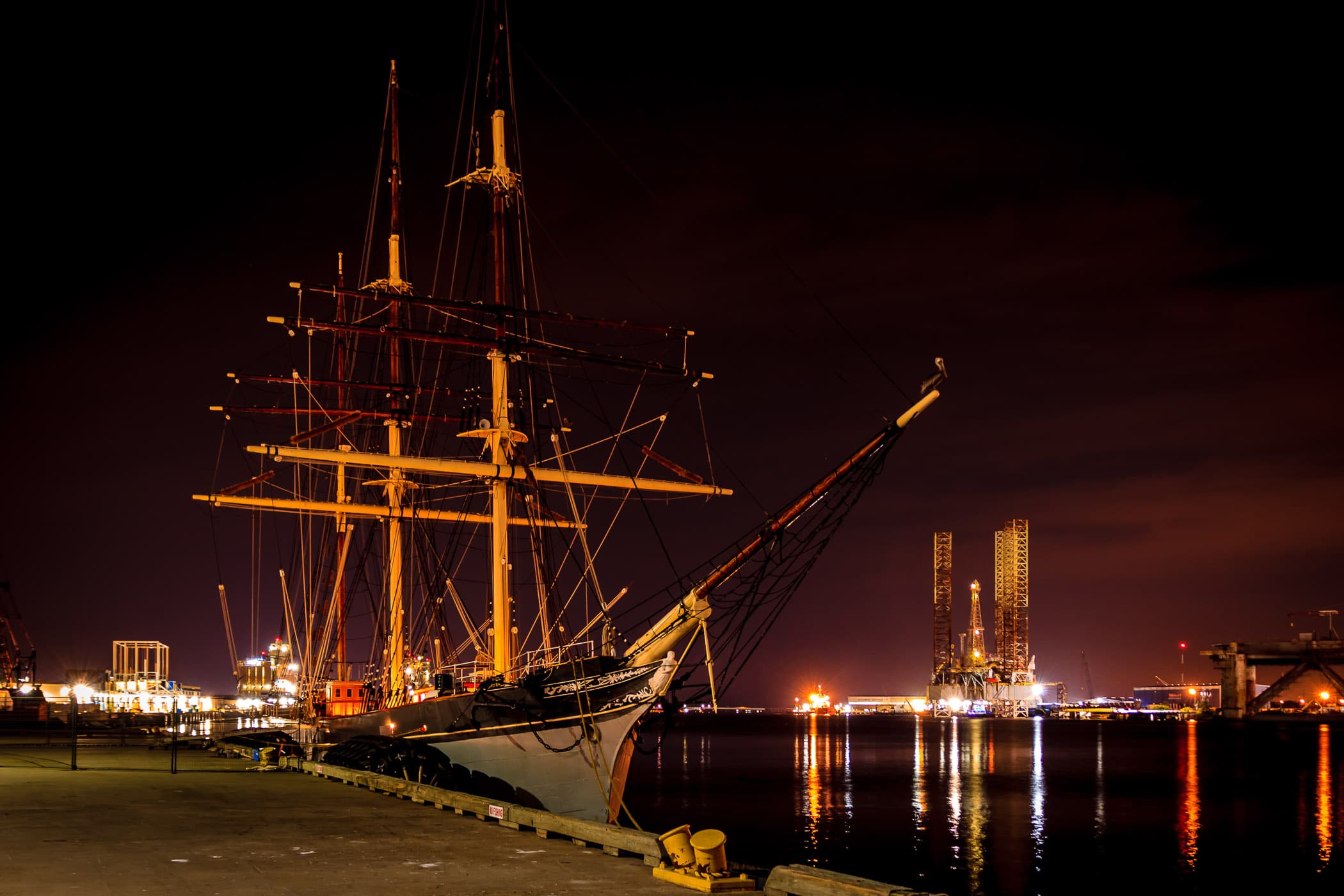 A night time shot of the Elissa, a tall ship launched in 1877 and now ported in Galveston, Texas.