Under the Watchful Eye of the God Taking Aim at the Monument 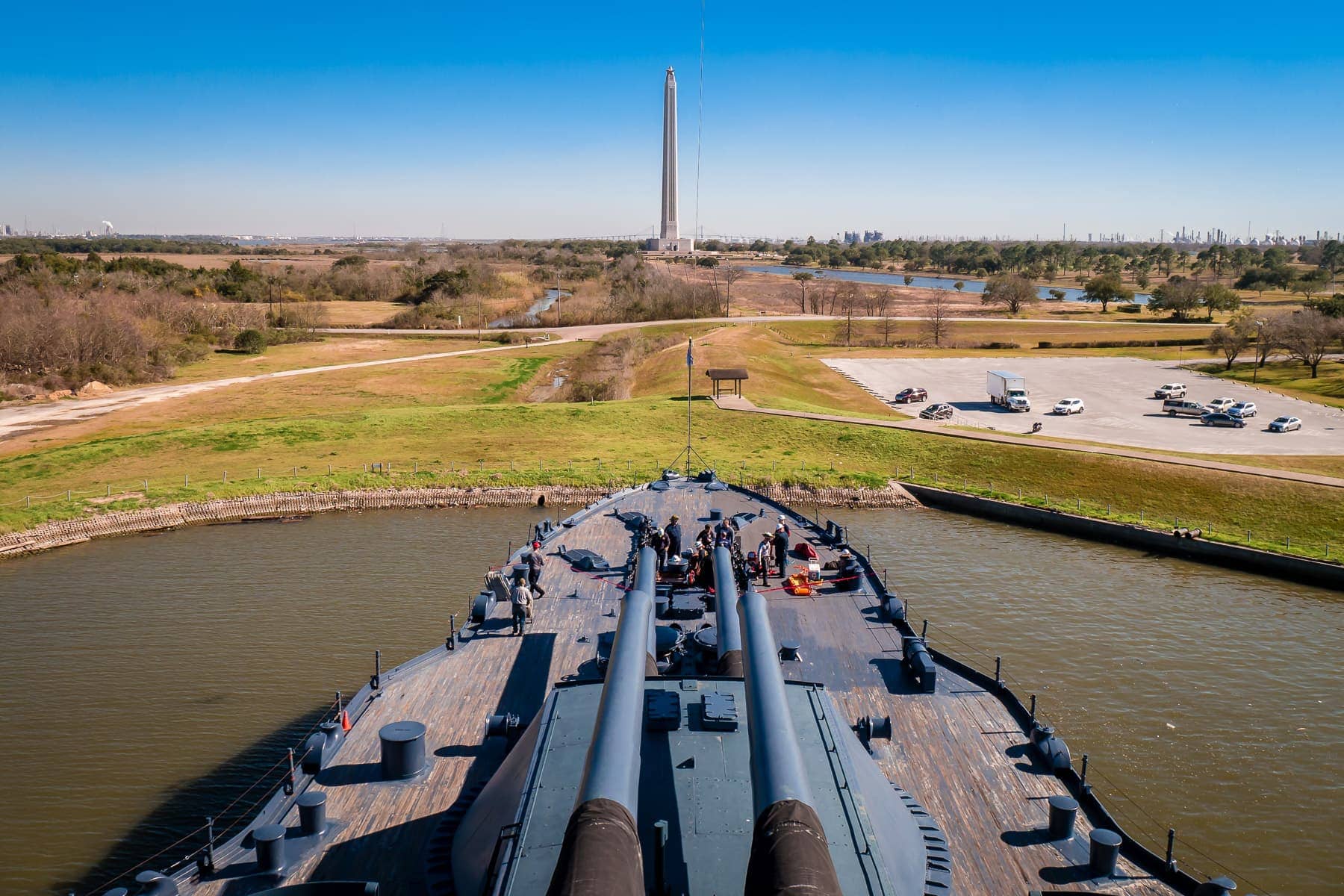 The main guns of the battleship USS Texas seem to aim at the nearby San Jacinto Monument as workers repair the wooden deck of the dreadnought, now docked as a museum ship near Houston.

Bowing to the Gods 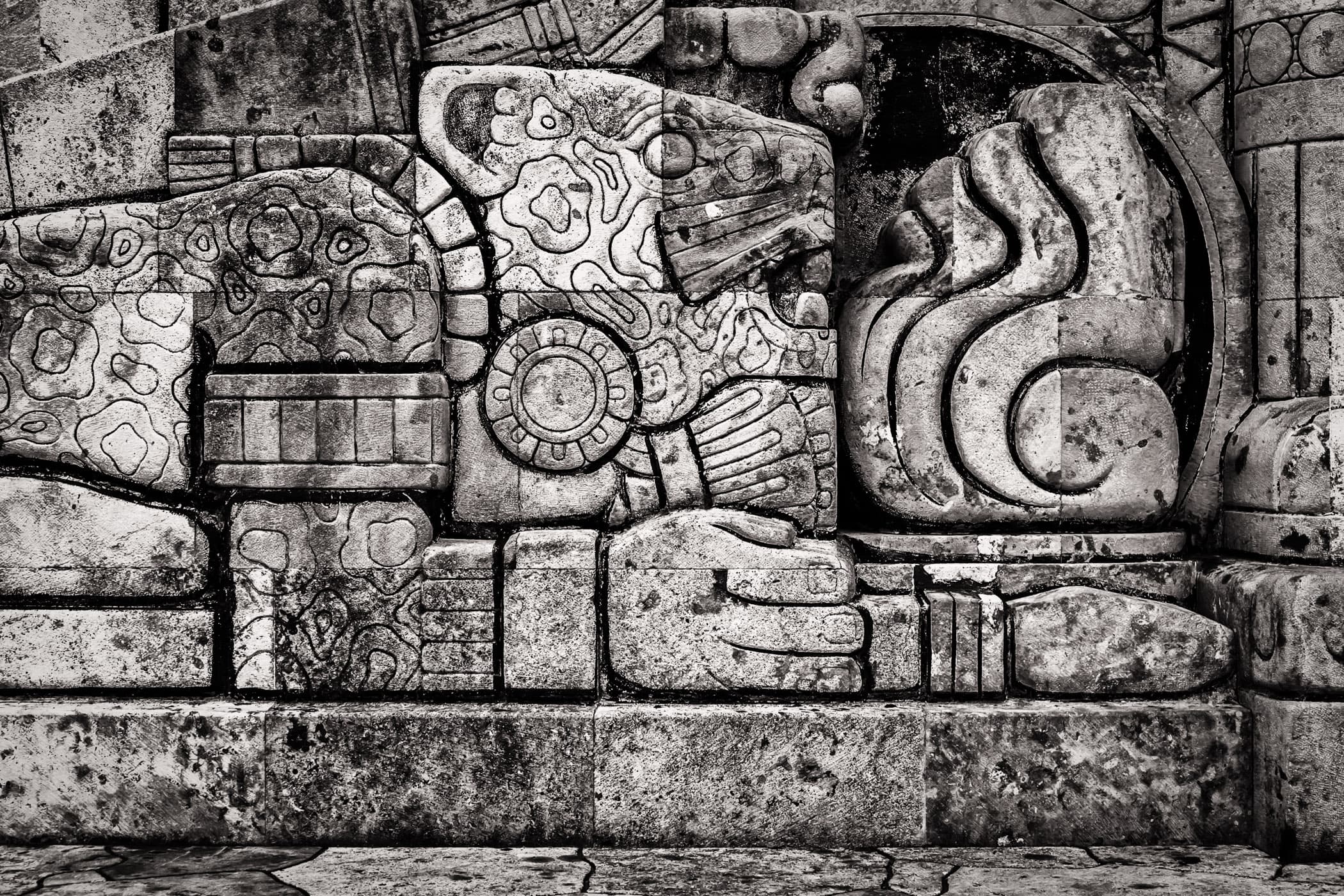 The Tower and the Tree 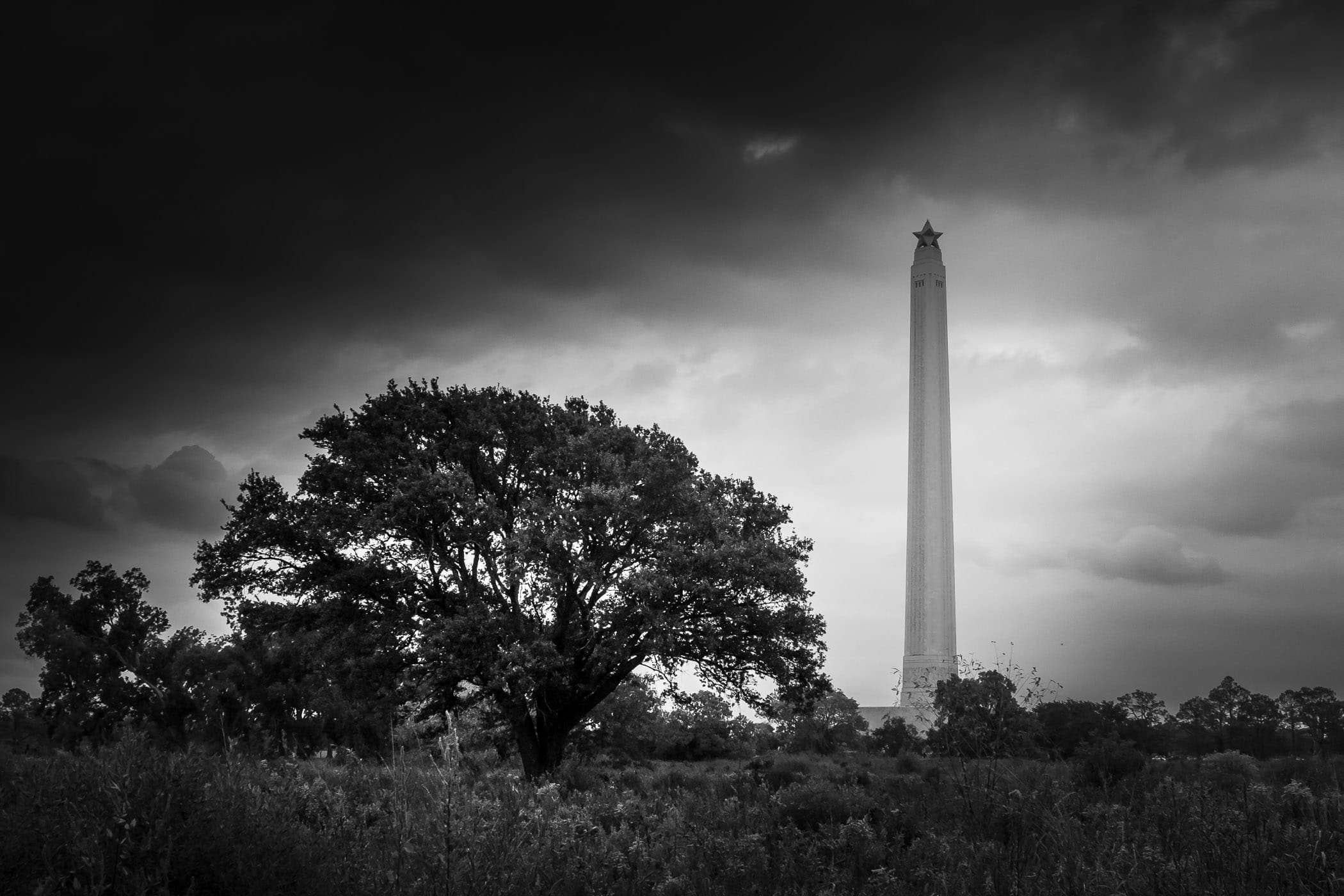 Texas’ San Jacinto Monument—a 567-foot-tall granite column that commemorates the Battle of San Jacinto during the Texas Revolution—rises above the surrounding fields along the Houston Ship Channel. 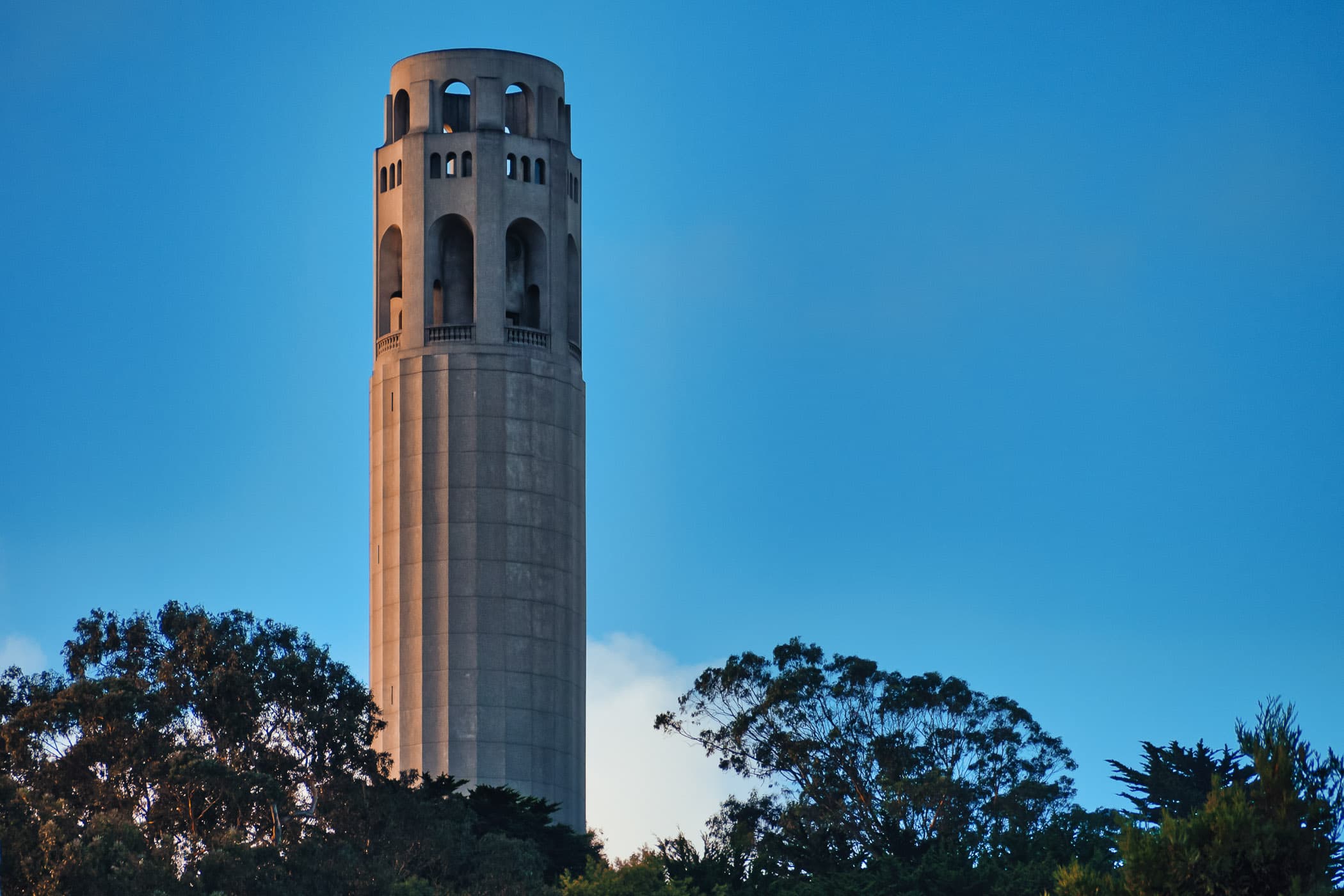 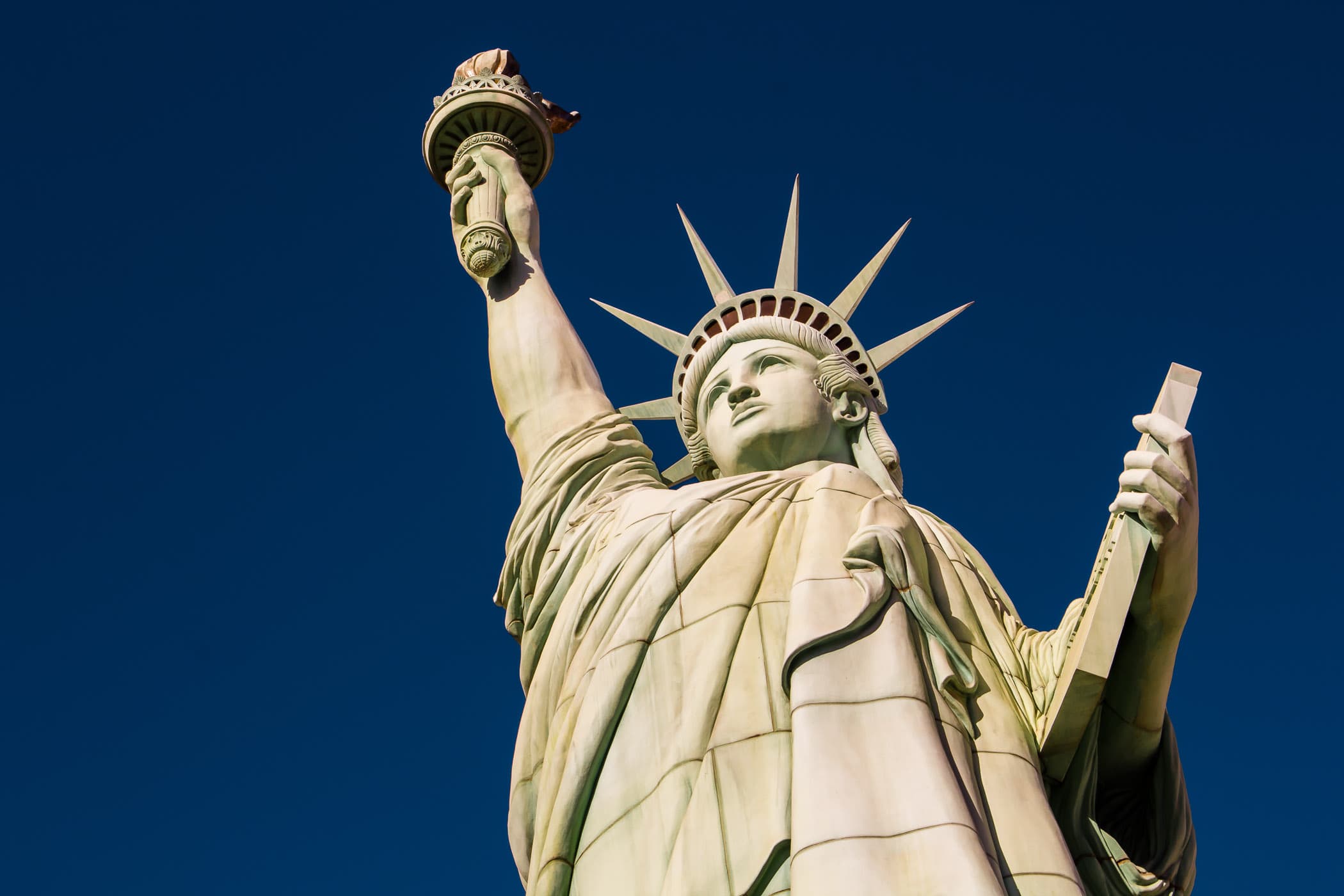 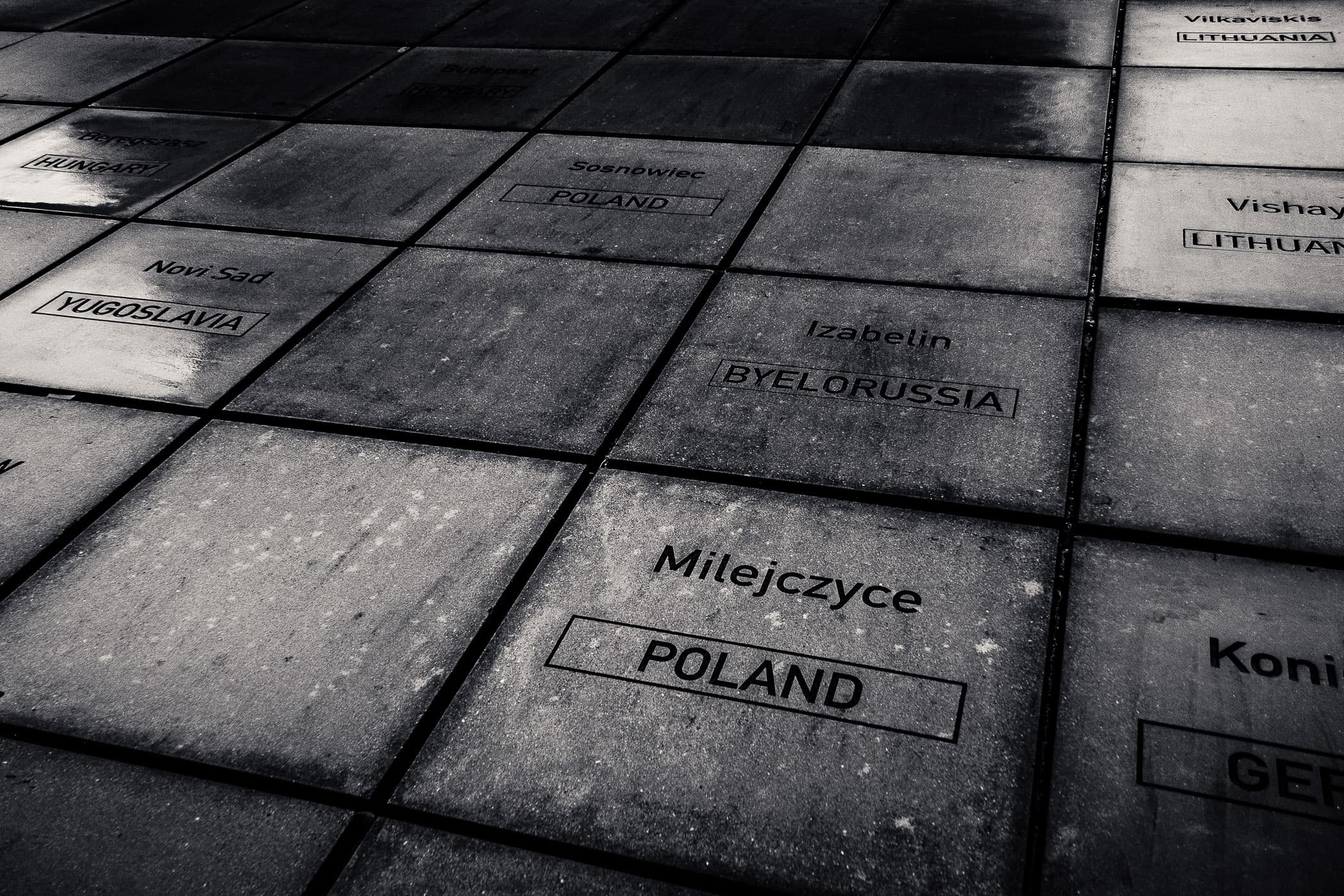 This concrete slab outside the Houston Holocaust Museum is inscribed with the names of destroyed Jewish communities of Europe.

The Trees on the Other Side of the Wall