Beehive in the Sky The 1924 Metropolitan Tower—colloquially known as the “Beehive Building” due to the unique ornamentation atop it—rises 475 feet (145m) into the blue Chicago sky. A helicopter flies over Downtown Chicago as seen from Grant Park.

Roosevelt in the Sky 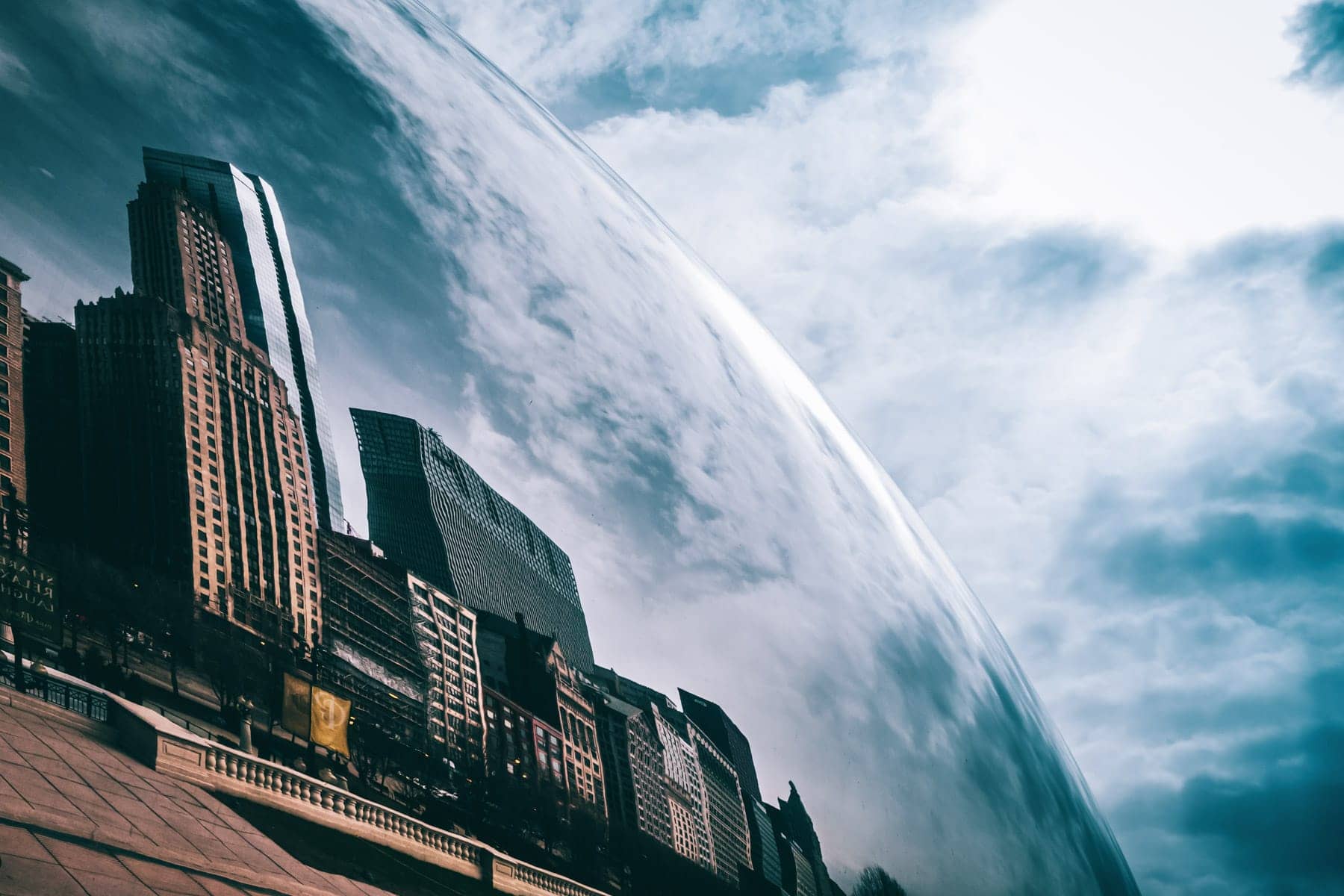 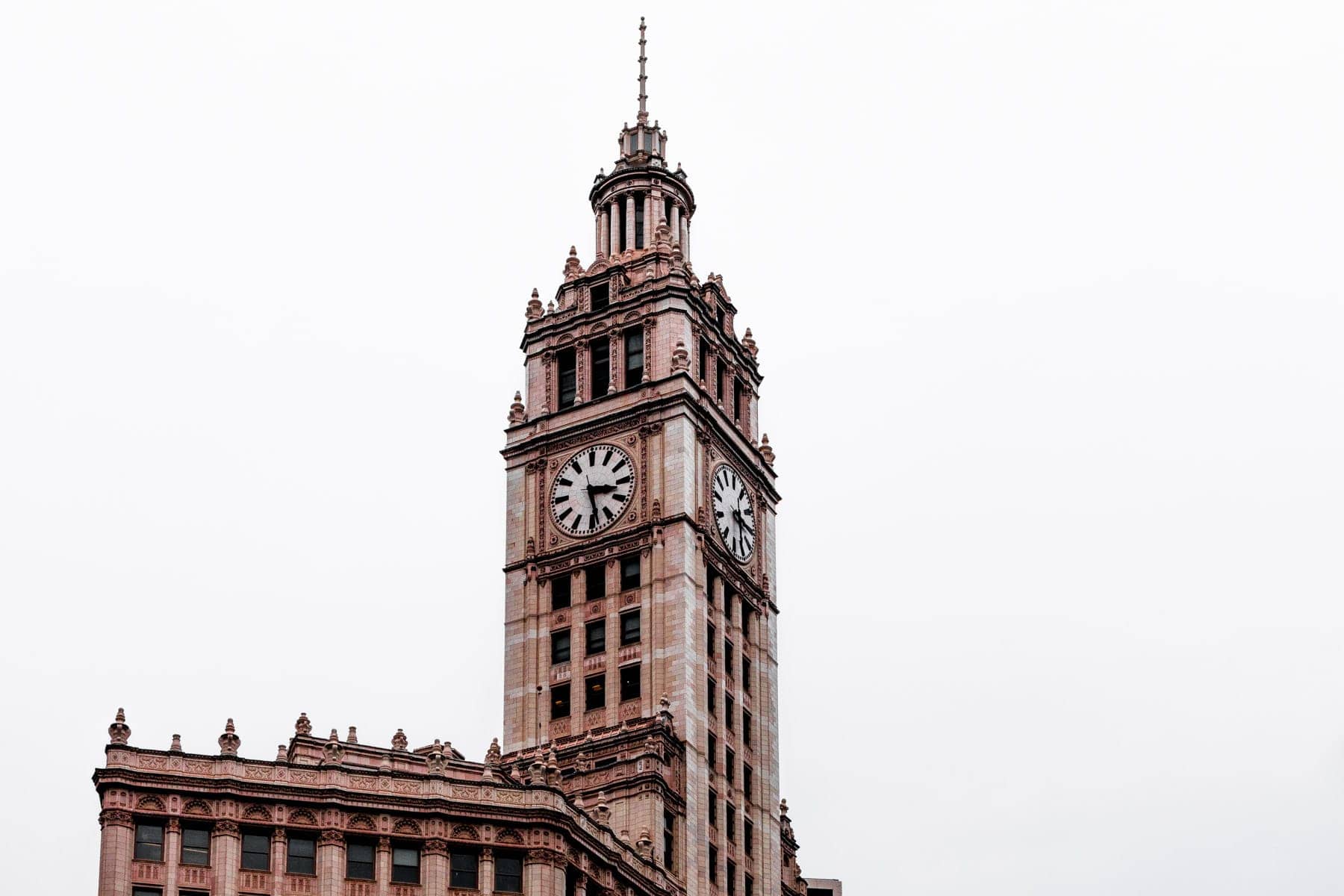 The Wrigley Building rises into the overcast Chicago sky. 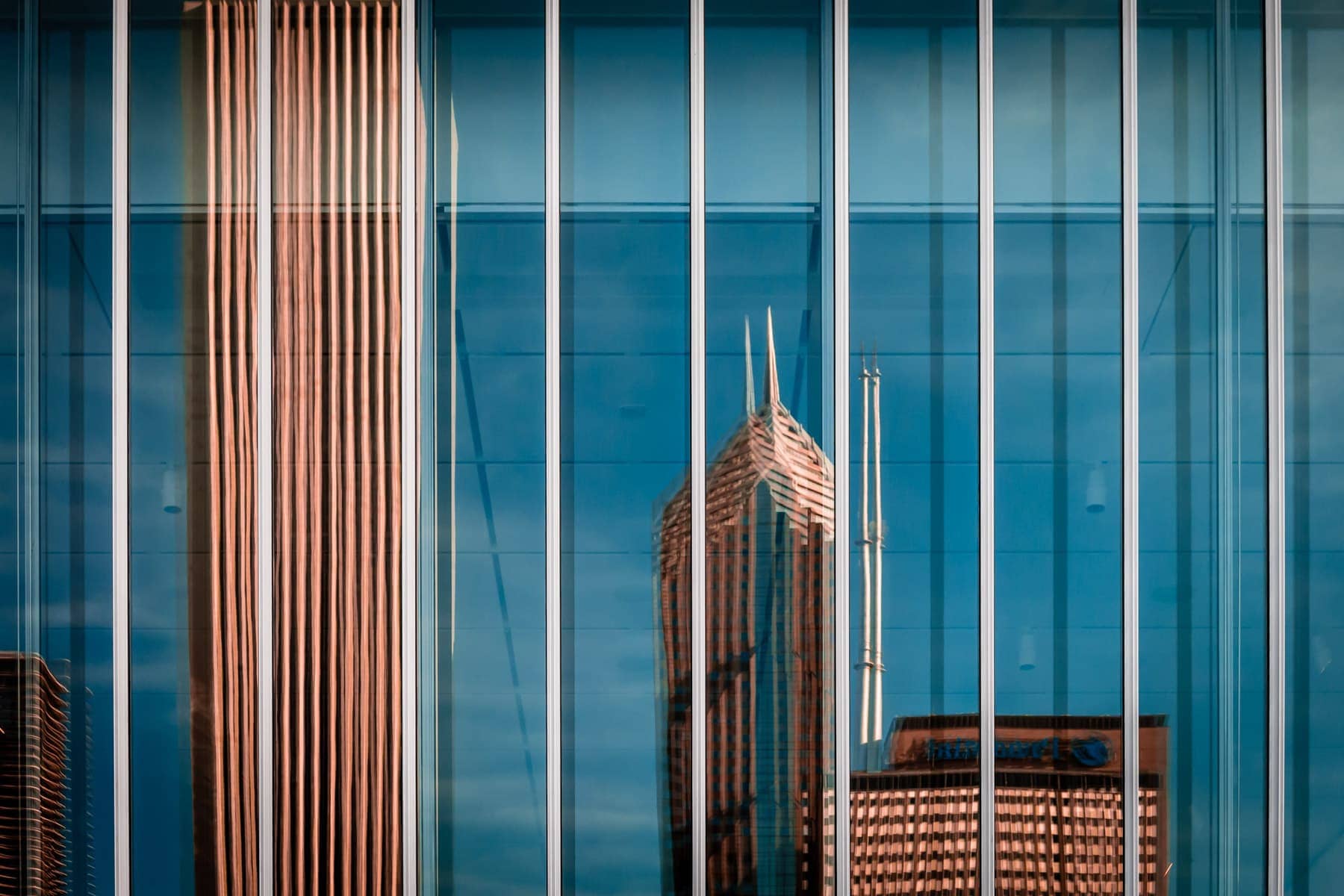 The John Hancock Center—also known as 875 North Michigan Avenue—rises into the sky over Chicago. 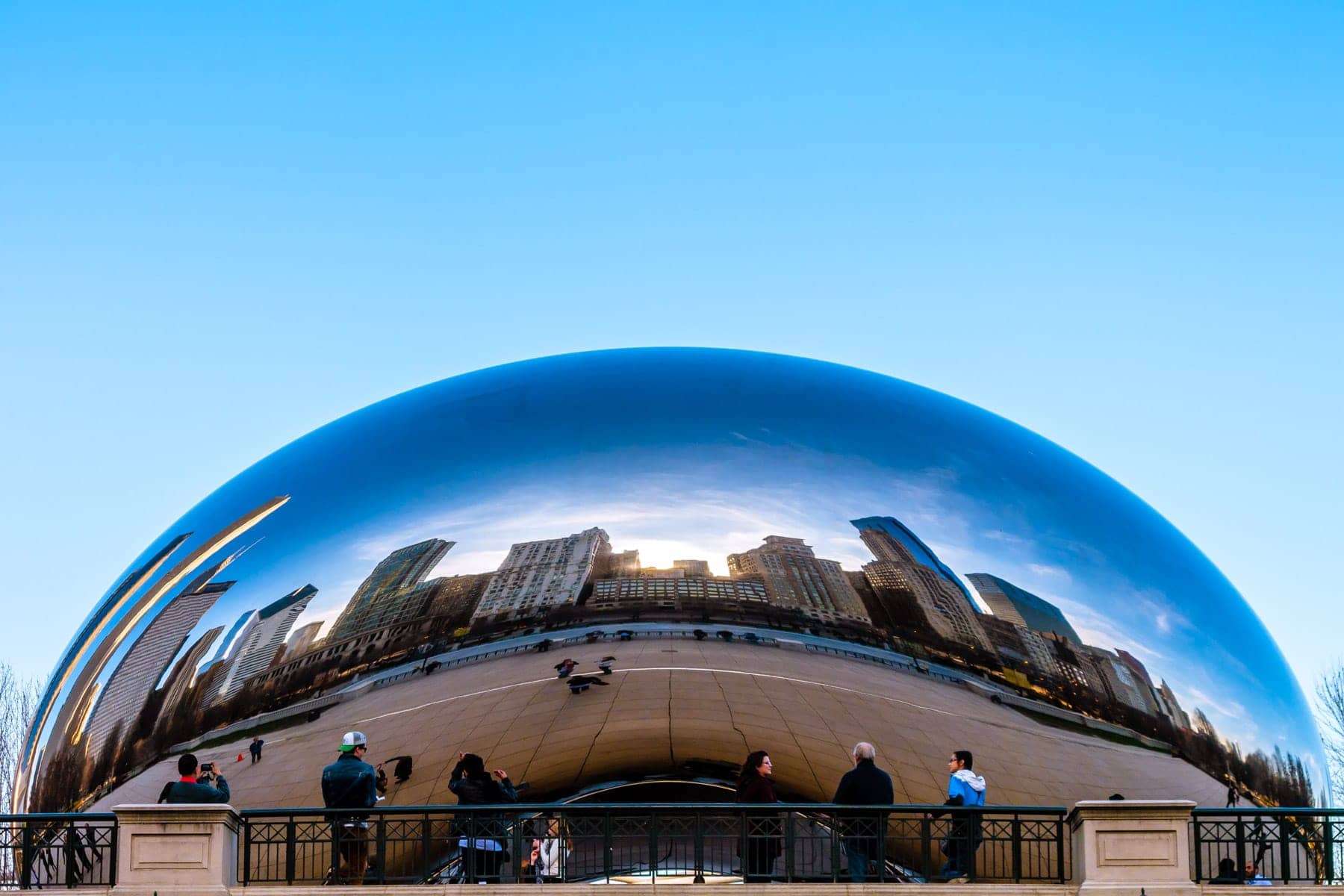 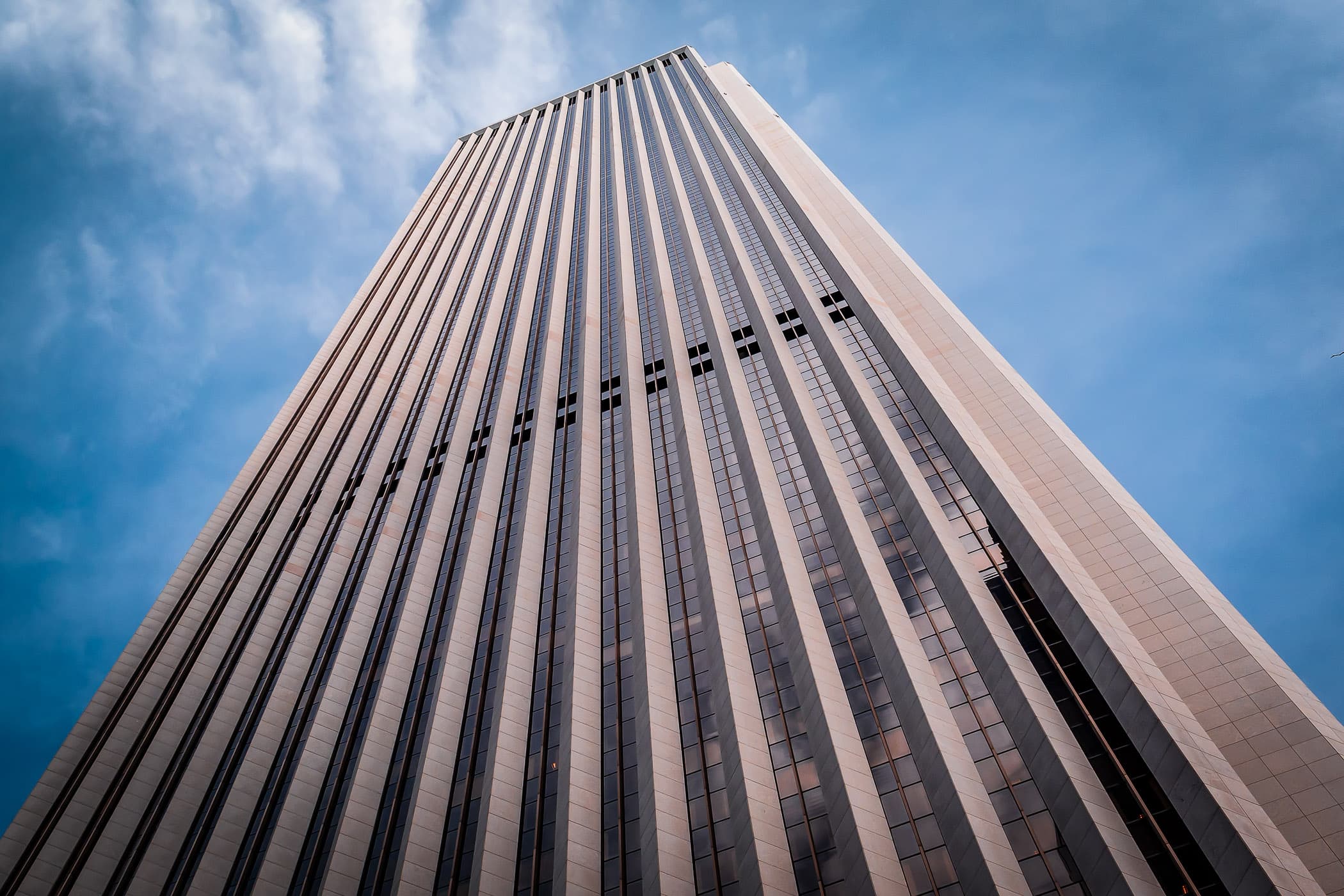