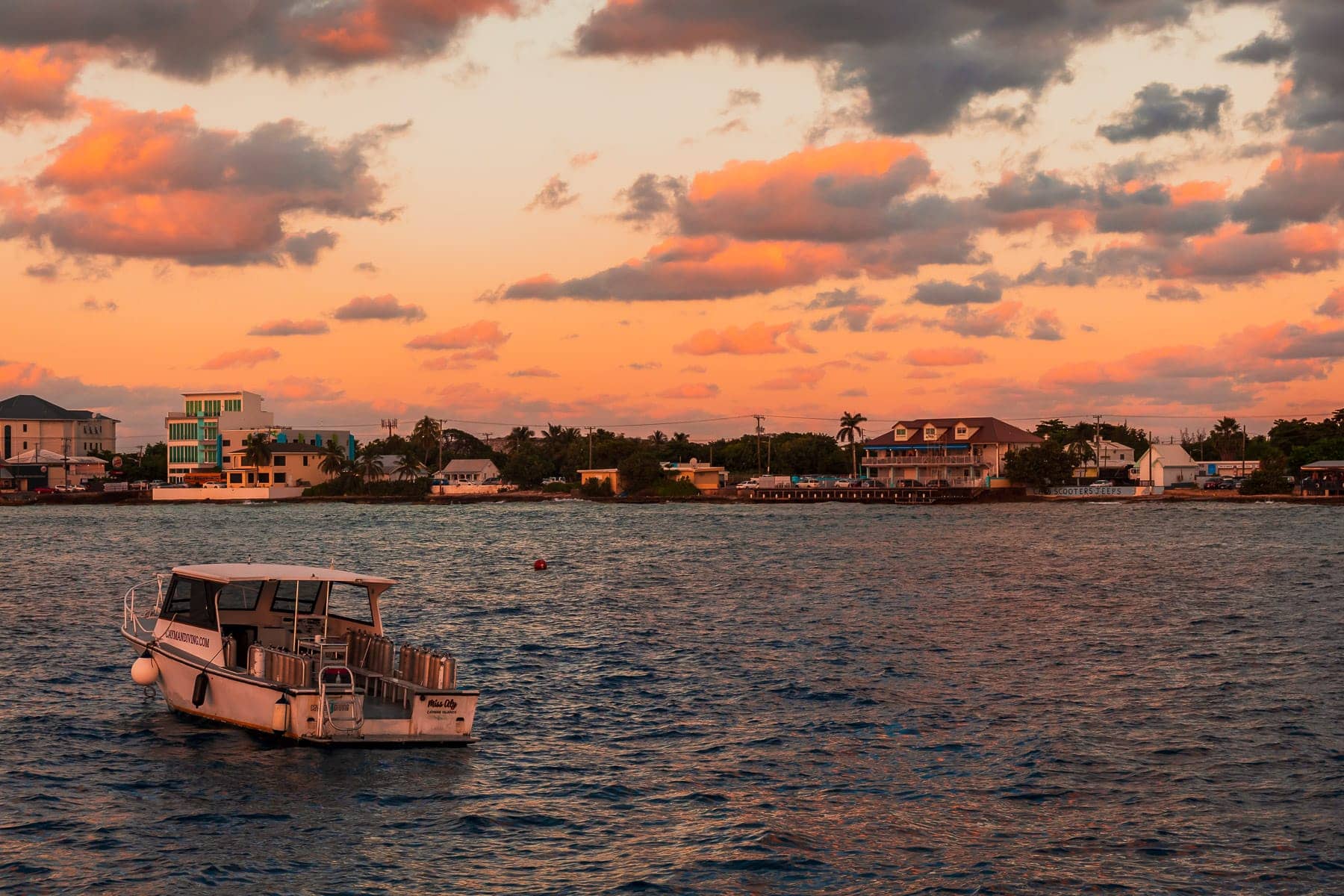 The sun sets on a dive boat off the coast of George Town, Grand Cayman. 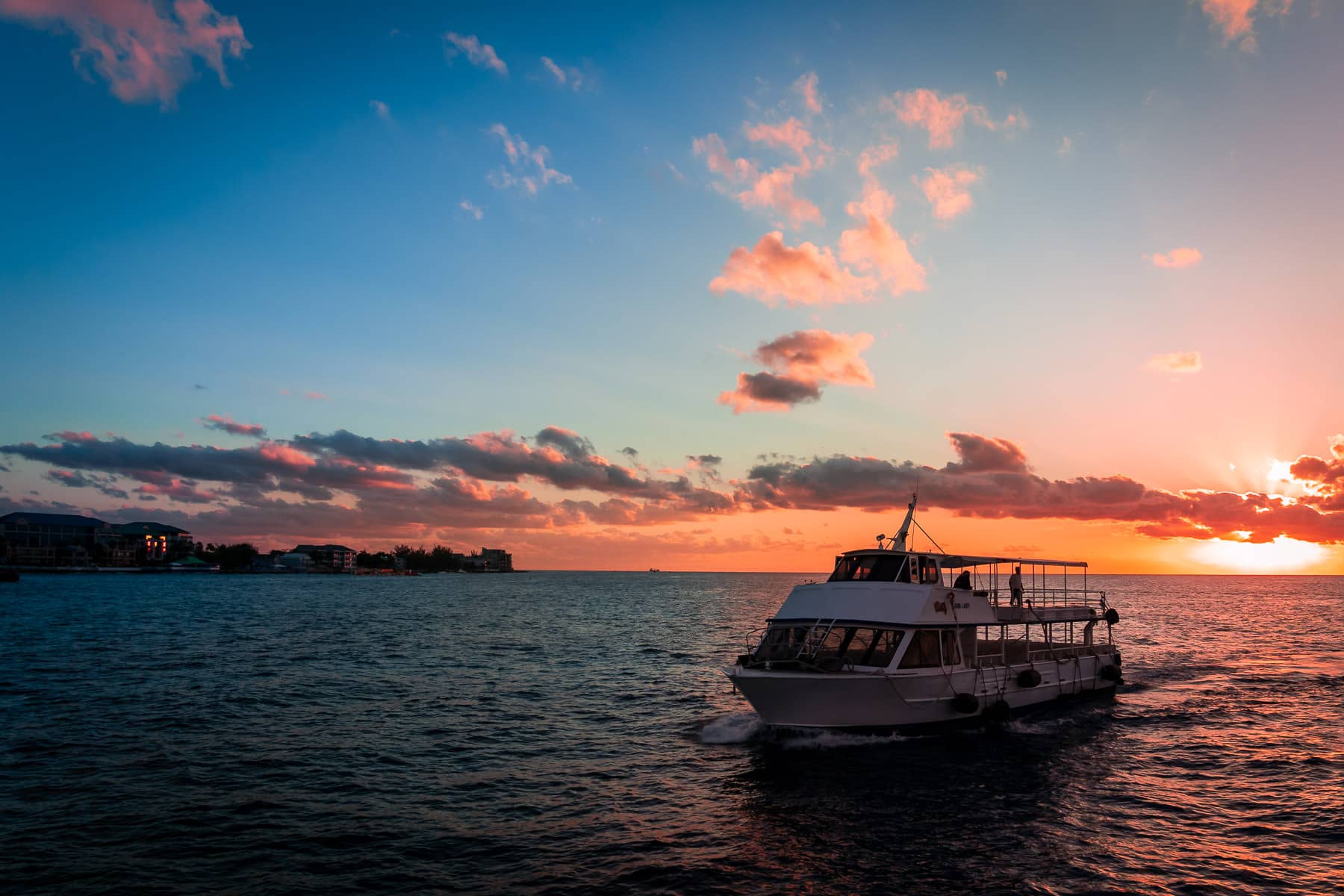 The Cruise Ship and the Crane The cruise ship Carnival Magic is obscured by a crane on a nearby pier along the waterfront in George Town, Grand Cayman. 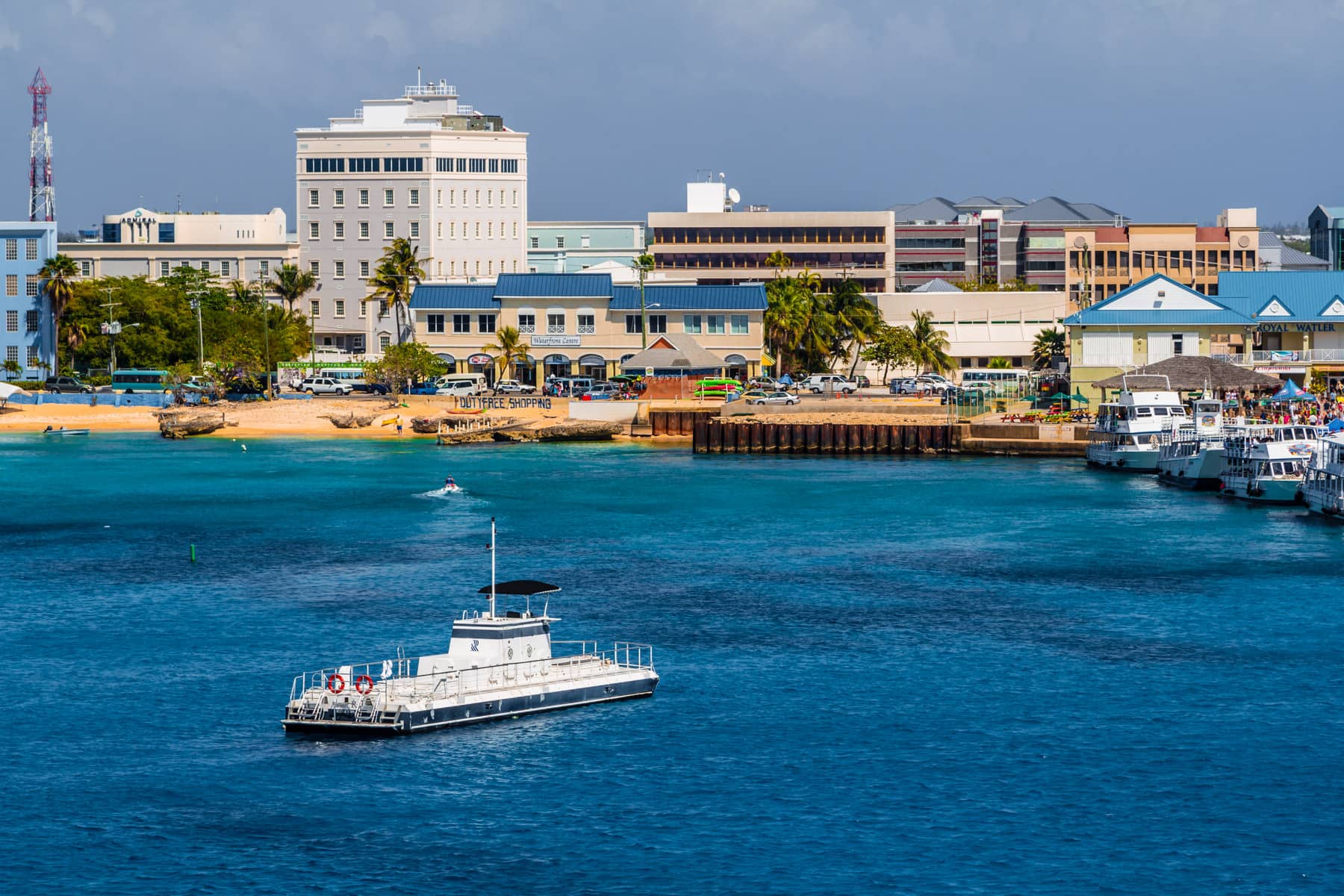 A gazebo in the gardens of the Pedro St. James National Historic Site—home of the oldest building in the Cayman Islands—in George Town, Grand Cayman. Known to the residents of and visitors to Grand Cayman as the “Cayman Shoe Tree” (although it’s actually two trees), this local landmark is a depository for orphaned shoes found on the beaches of the island, as well as a reminder not to litter.

Diving masks and attached snorkels found for rent on a Grand Cayman beach.