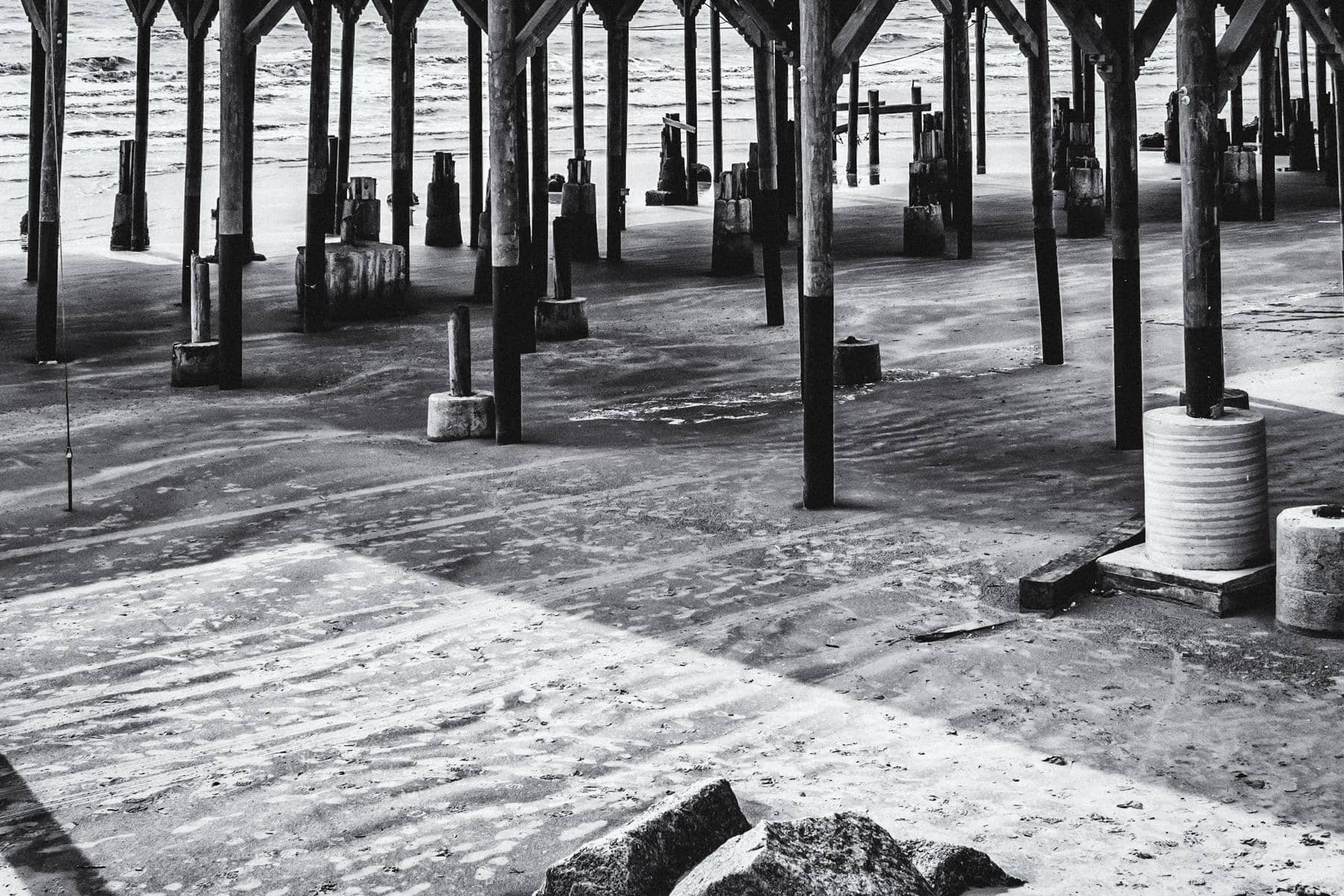 Stilts support and protect a restaurant from the tide and hurricanes in Galveston, Texas.

Concrete supports leading from Seawall Blvd. to the abandoned, hurricane-damaged Flagship Hotel on its pier jutting out from Galveston Island into the Gulf of Mexico. Stairs from the beach to Seawall Blvd. in Galveston, Texas.

Debris from damage caused by Hurricane Ike lies along the beach at the foot of the Galveston Seawall, Texas. The cruise ship Carnival Ecstasy at the Port of Galveston, Texas.