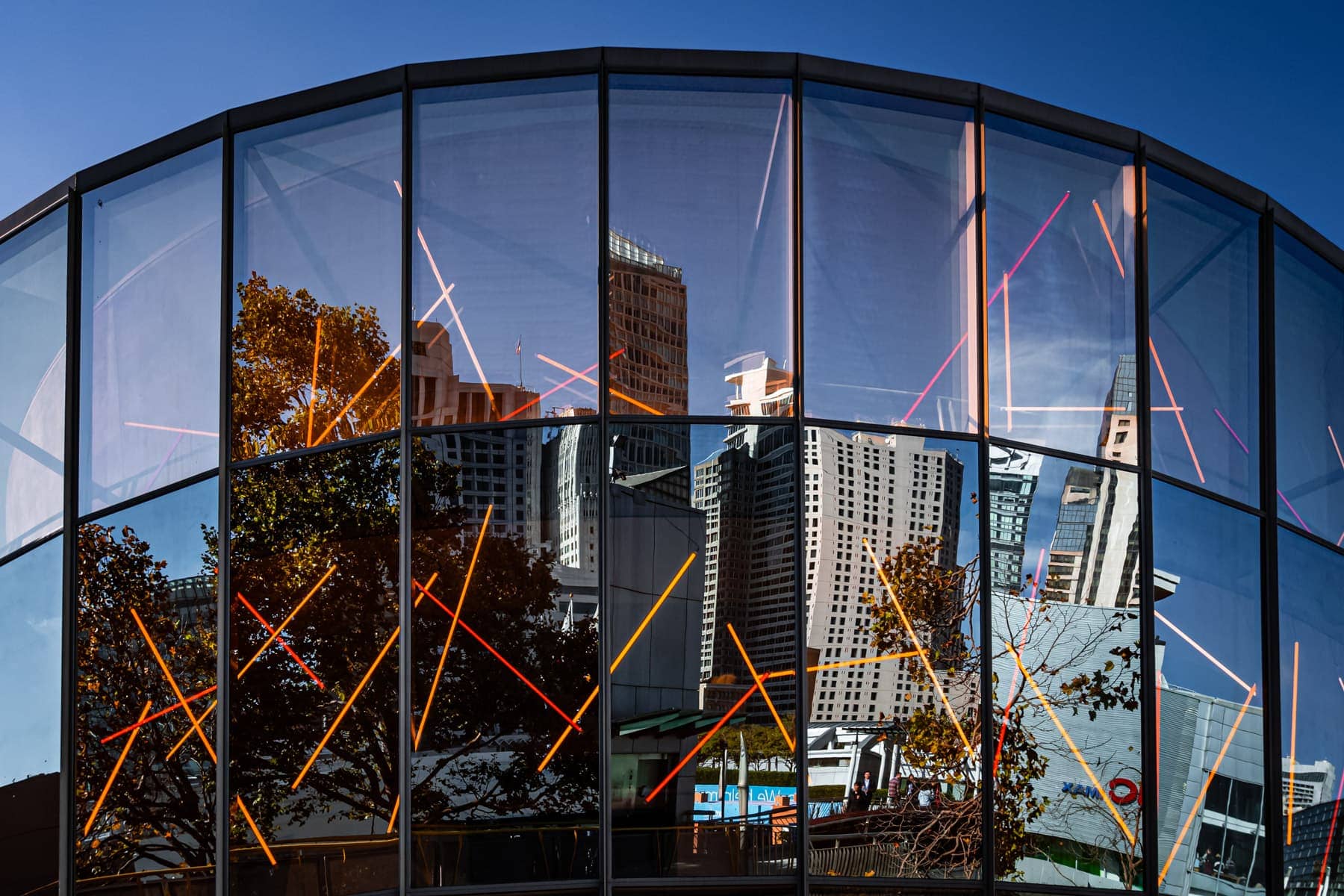 Skyscrapers are reflected in the glass façade of San Francisco’s Children’s Creativity Museum.

First Light on The Strip 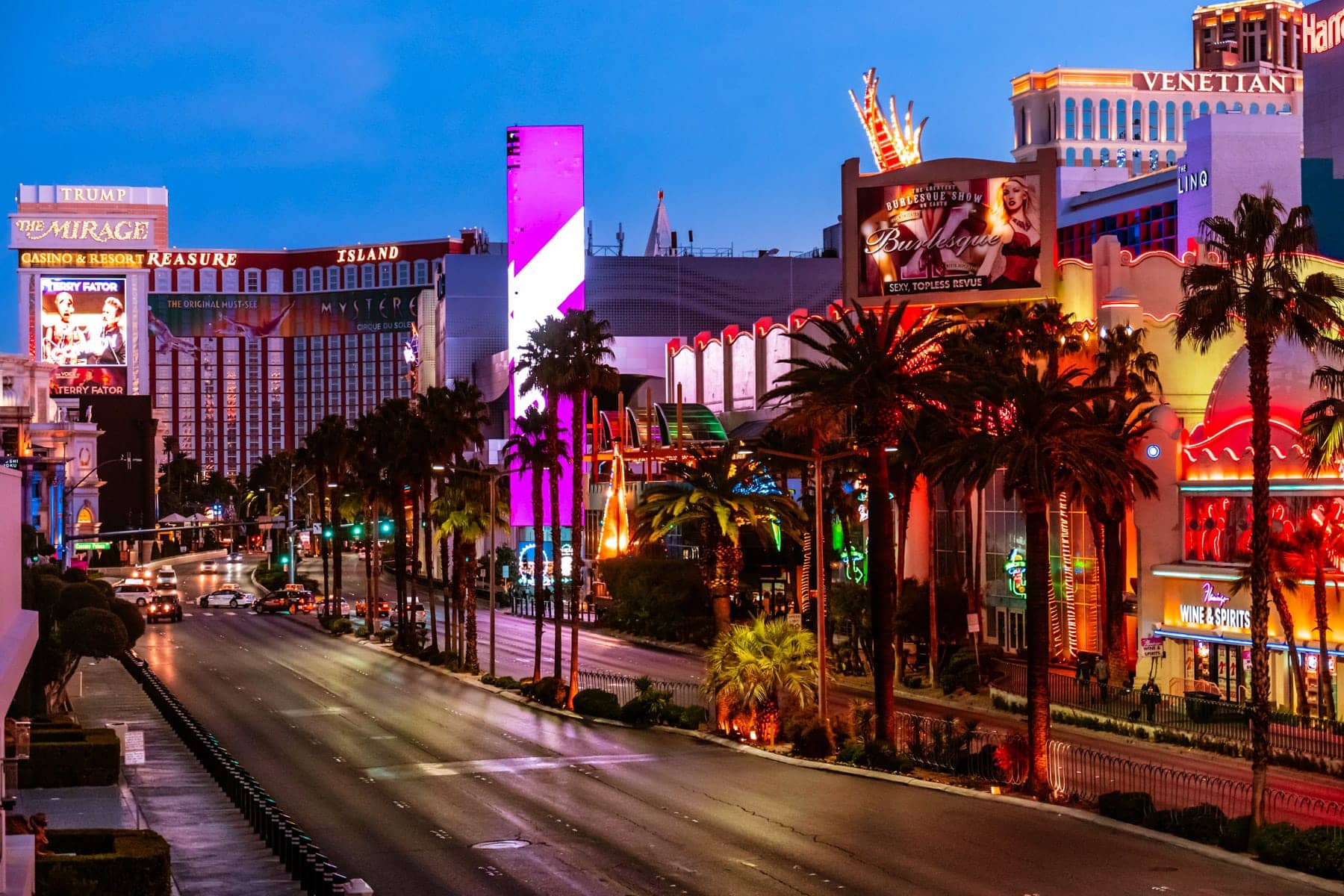 The first light of day on the Las Vegas Strip. 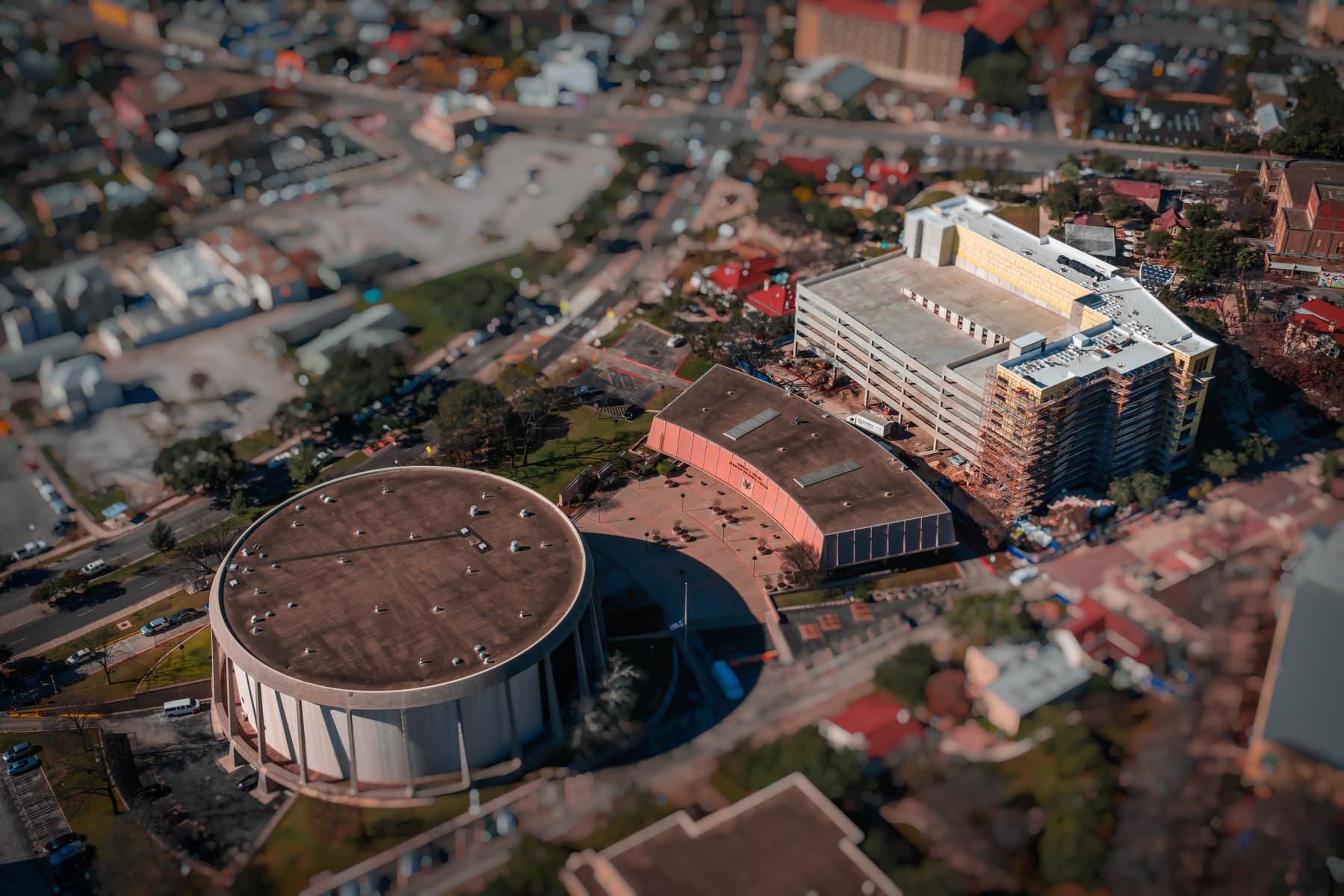 San Antonio, Texas’ John H. Wood, Jr. Federal Courthouse—originally build as a theatre for HemisFair ’68—as seen from the nearby Tower of the Americas. 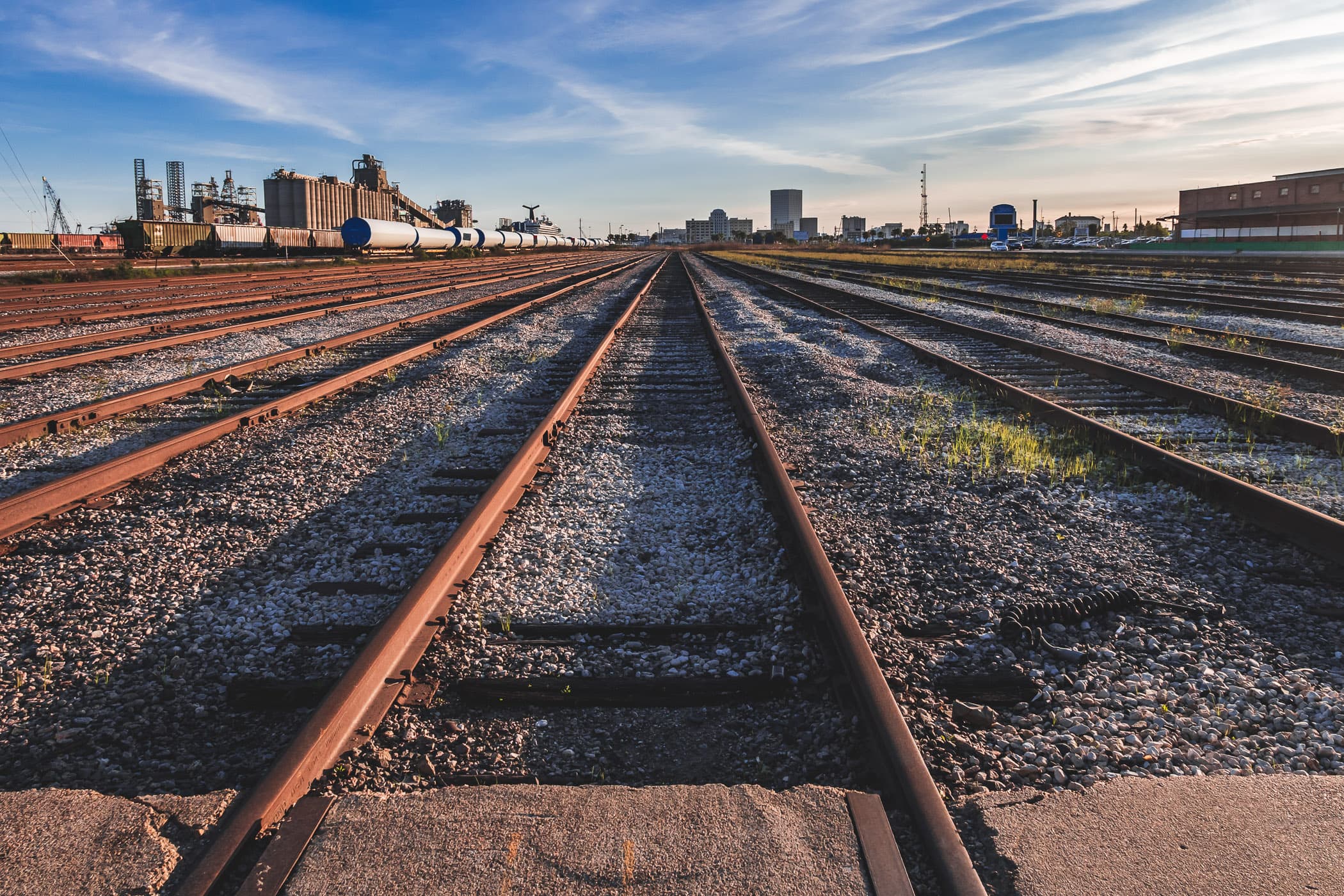 A rail yard in Galveston, Texas. 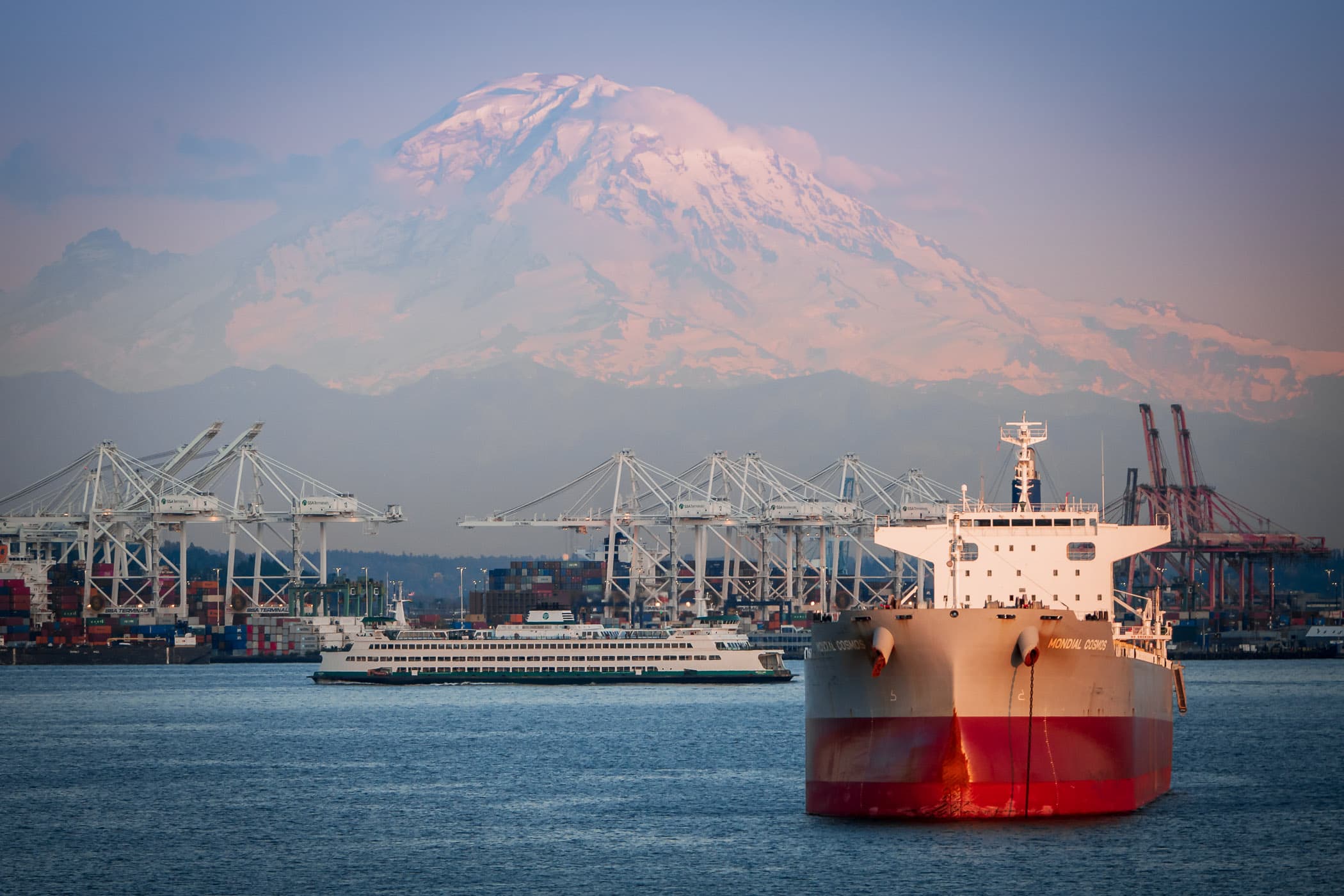 Mount Rainier rises over the Port of Seattle.

The sun sets on the West Bay district of Victoria, British Columbia. Taking the Road Down

Seattle’s Alaskan Way Viaduct in the midst of demolition in the summer of 2019.