Exterior detail of Chicago’s landmark Carbide and Carbon Building, built in 1929 as an office tower and converted in 2004 to the Hard Rock Hotel Chicago. 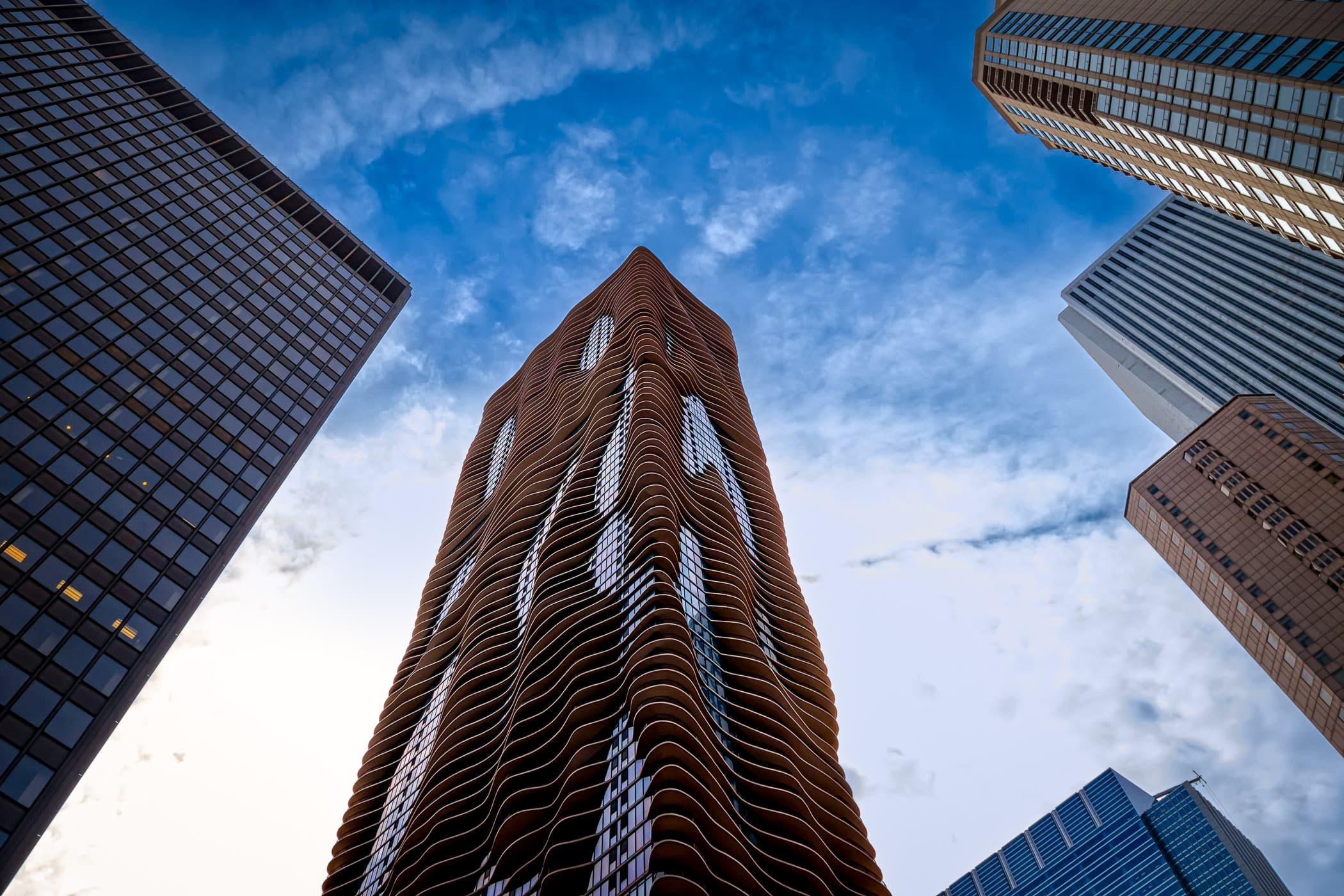 Aqua, an 82-story mixed-use skyscraper designed by Jeanne Gang, takes its place amongst the Chicago skyline. 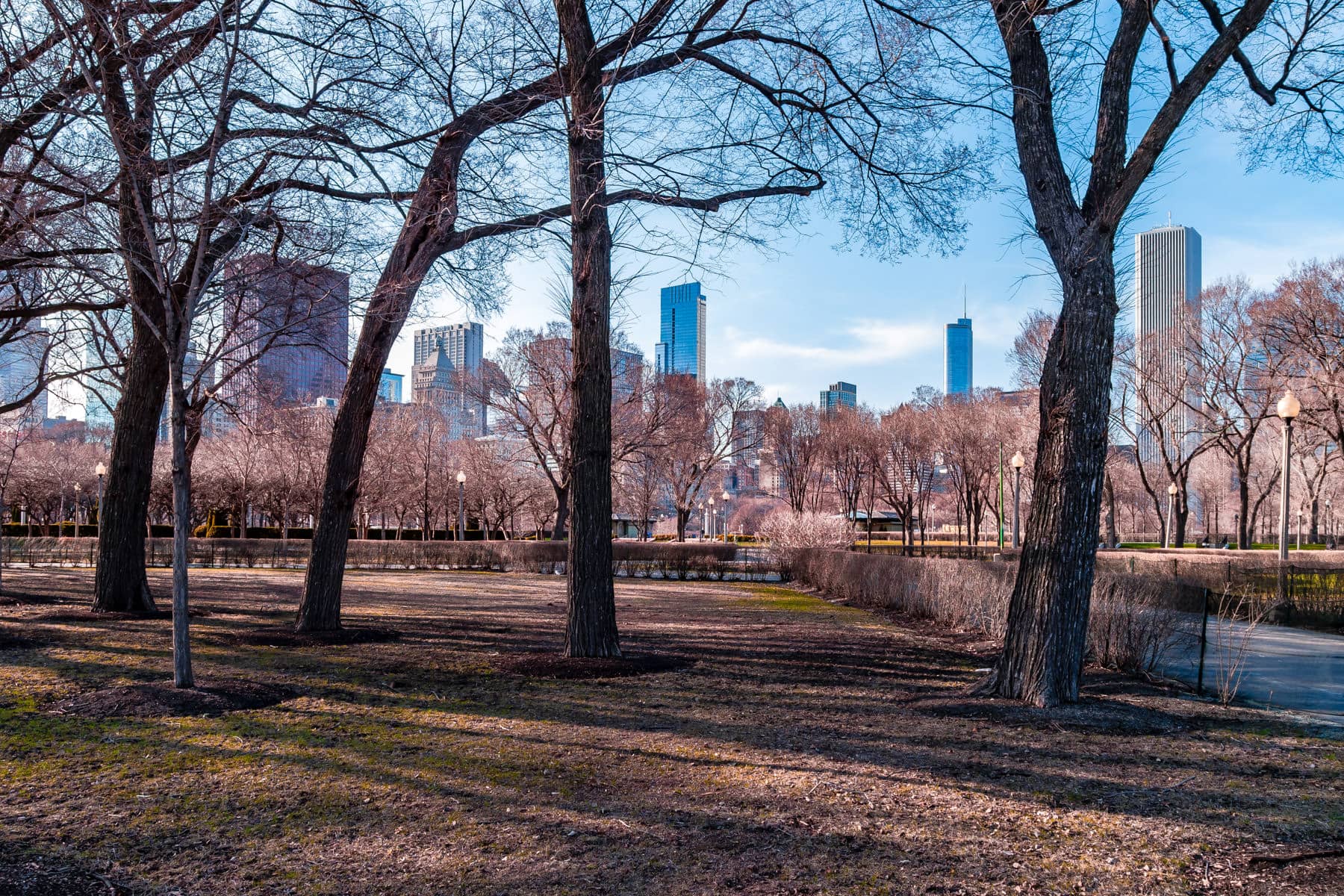 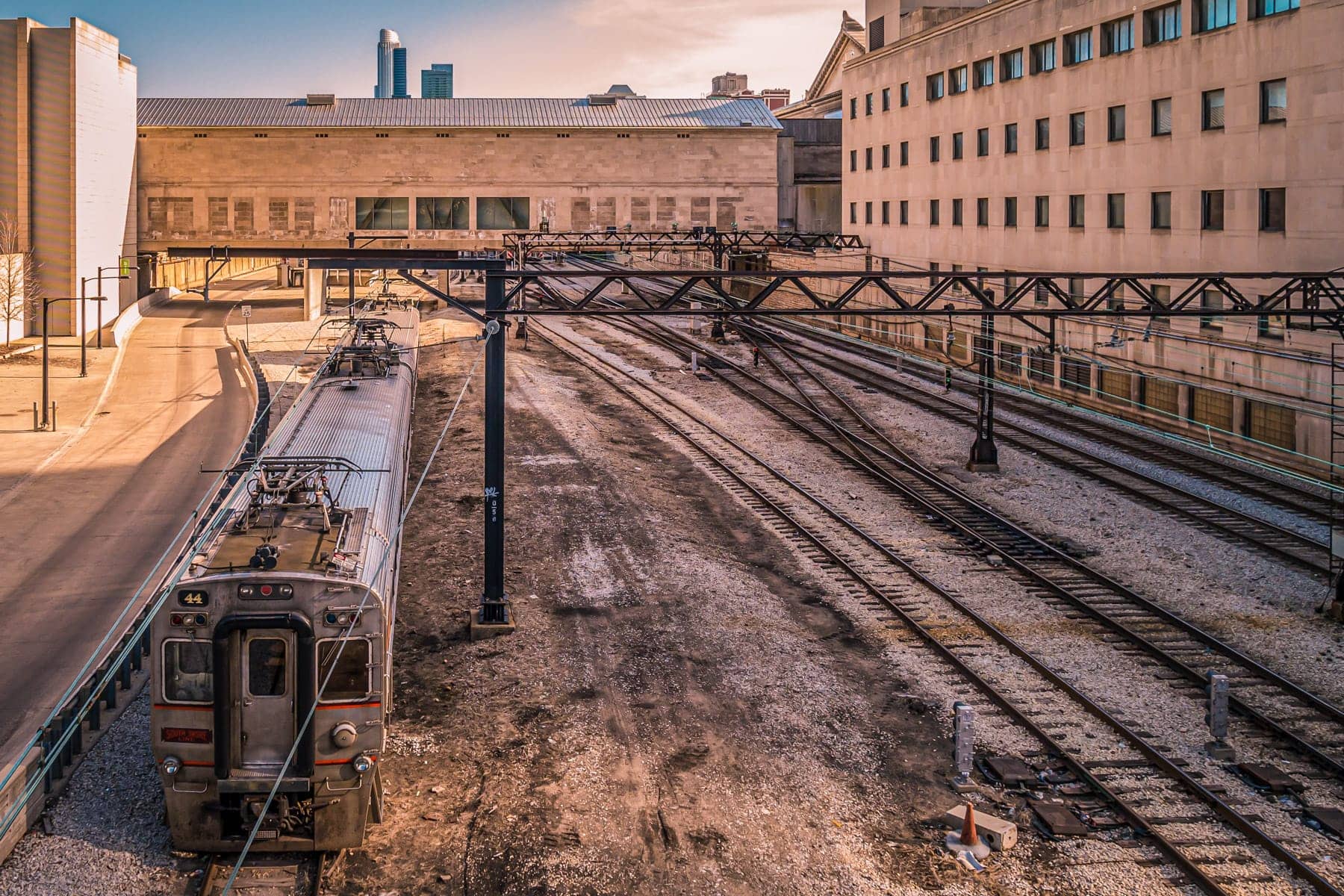 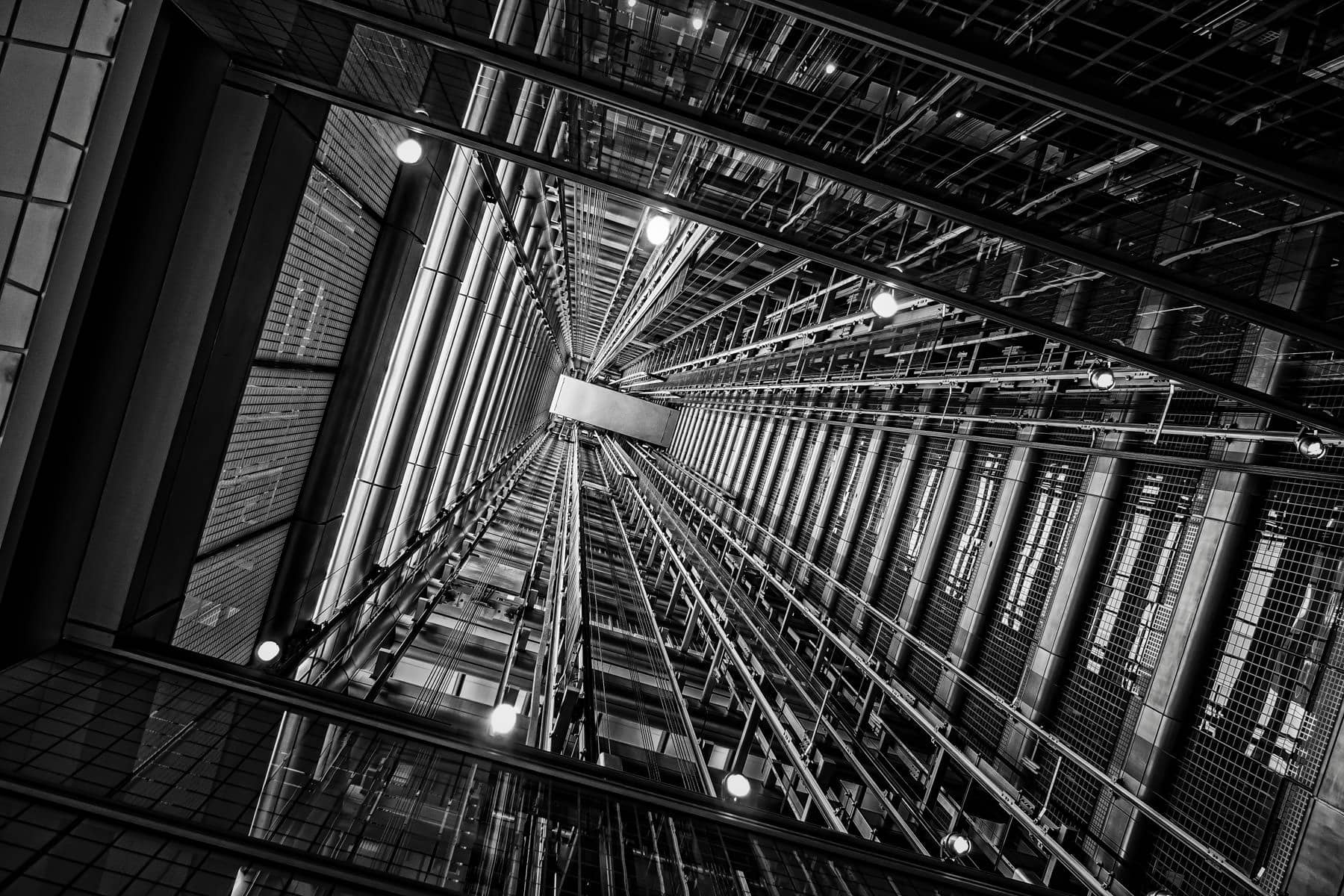 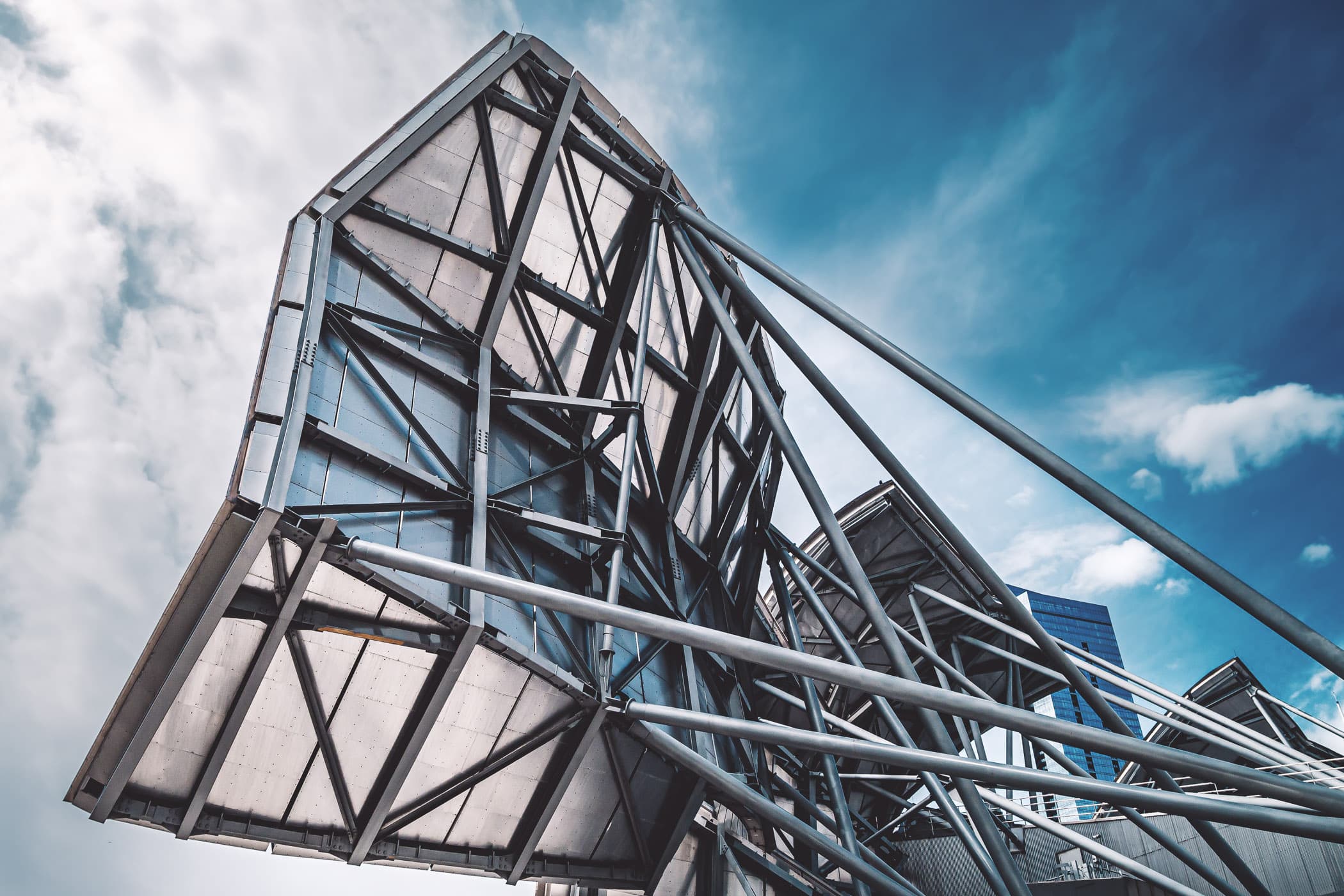