The North Bay refers to the northern region of the San Francisco Bay Area in California, United States. The North Bay includes the counties of Marin, Napa, Solano, and Sonoma. The area is known for its natural beauty, including its scenic landscapes, beaches, and vineyards.

The North Bay is home to several popular tourist destinations, including the Napa Valley wine country, which is known for its world-renowned wineries and tasting rooms. The region is also home to several state parks, such as Mount Tamalpais State Park and Samuel P. Taylor State Park, which offer hiking, camping, and picnicking opportunities.

The North Bay is also home to several historic sites, such as the Petaluma Adobe, which is a restored rancho dating back to the Mexican-era, and the San Rafael Mission, which is one of the oldest in California.

The North Bay is also home to several cities, such as San Rafael, Petaluma, and Santa Rosa, each with its own unique culture, history, and architecture.

The North Bay is a popular destination for tourists, outdoor enthusiasts, and wine lovers. It is known for its natural beauty, cultural heritage, and its easy accessibility to the San Francisco Bay Area. August 1, 2022
The Pacific Ocean stretches to the horizon as seen from Red Rock Beach near Stinson Beach, California.

April 26, 2022
The rugged landscape of Kirby Cove along the Marin Headlands coast, California. 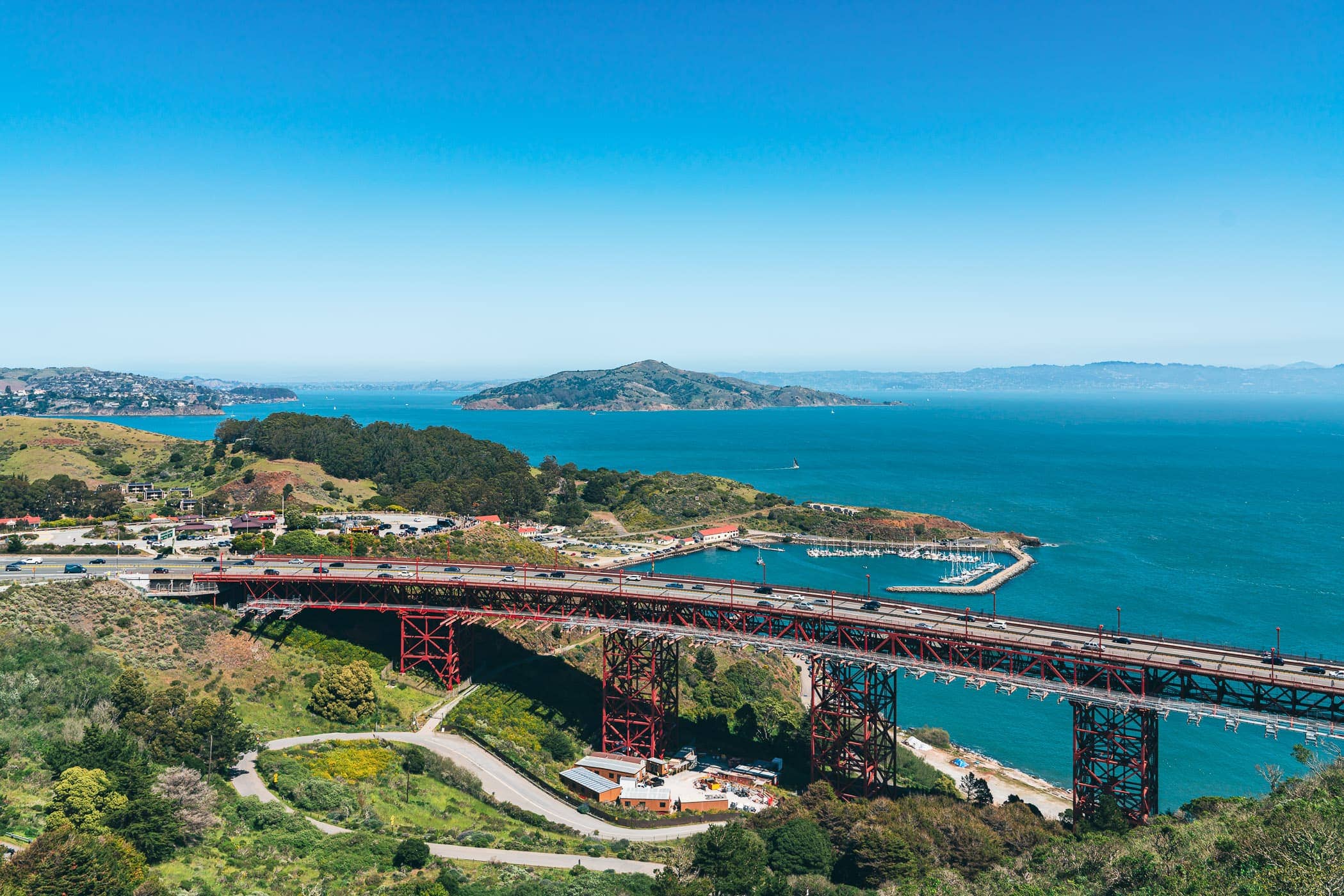 April 7, 2022
The northern approach of the Golden Gate Bridge vaults over the rugged landscape of the Marin Headlands.