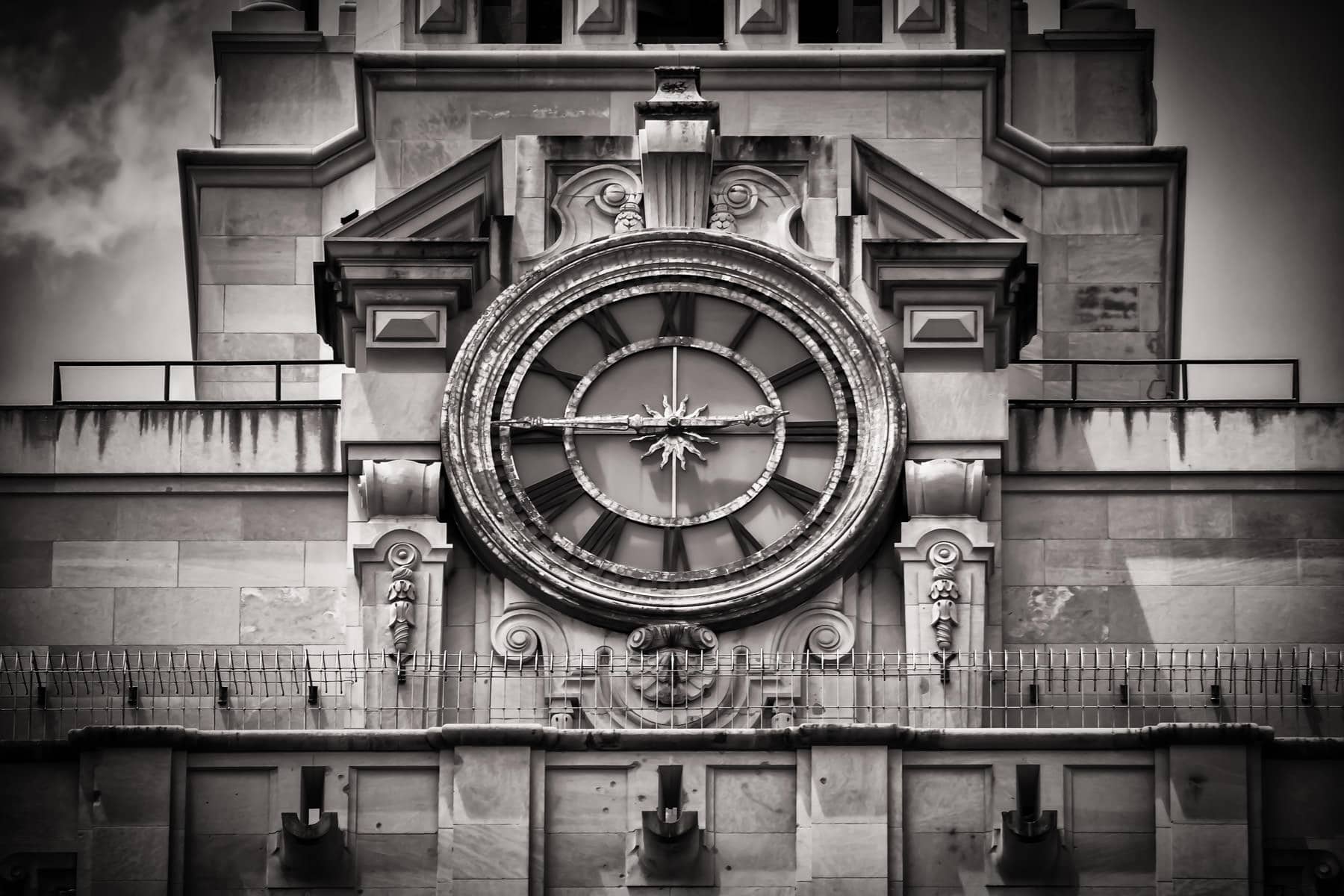 Architectural detail of the clock atop the 307-foot-tall Main Building at the University of Texas at Austin. Along the bottom of the image, one can see bullet holes from police officers returning the fire of mass murderer Charles Whitman during his 1966 massacre that left 16 people dead and a further 32 injured.

Among the Red Rocks

Growing in the Dunes

The Trestle in the Forest