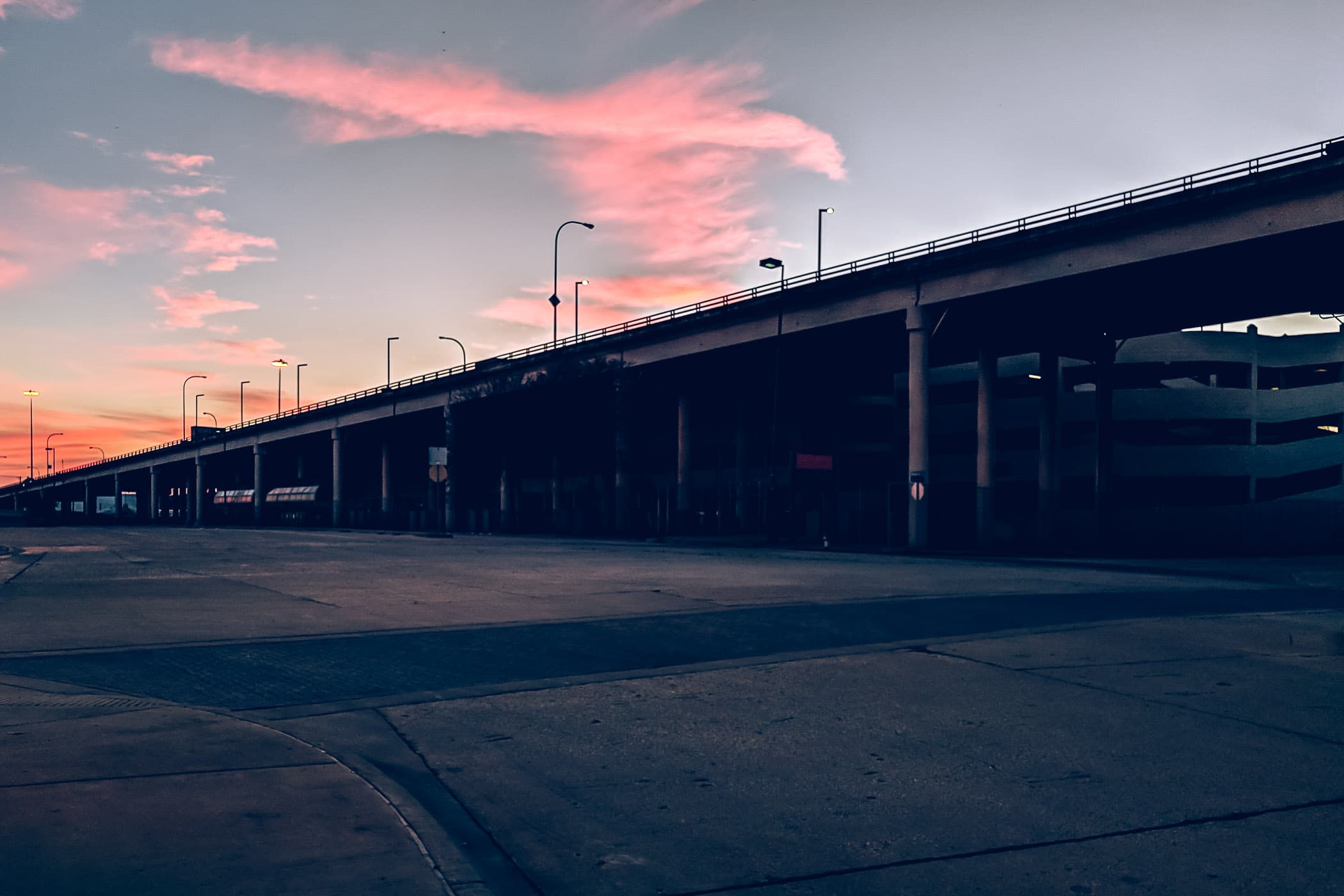 Dallas’ Jefferson Boulevard Viaduct is silhouetted by the last light of day on the west end of downtown. Support columns hold up the main lanes and a ramp of the Woodall Rogers Freeway, Dallas. 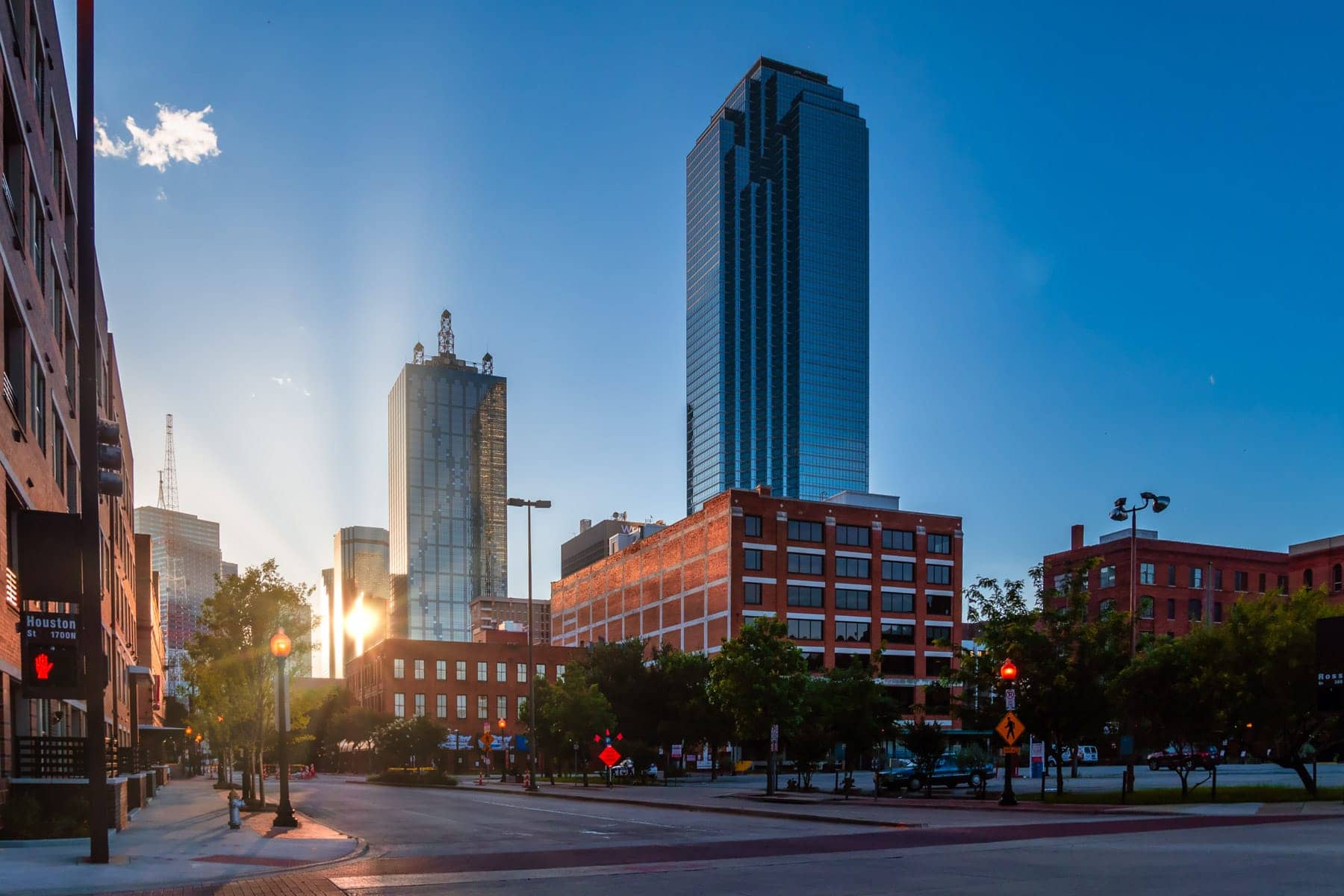 The morning sun glints off Downtown Dallas’ LTV Tower as its first light illuminates the city.

Atop the Abandoned Garage

A panoramic view of the west end of the Downtown Dallas skyline as it rises over an abandoned parking garage originally built for the now-demolished Reunion Arena. (Click to view a larger version)

Down to the Wire 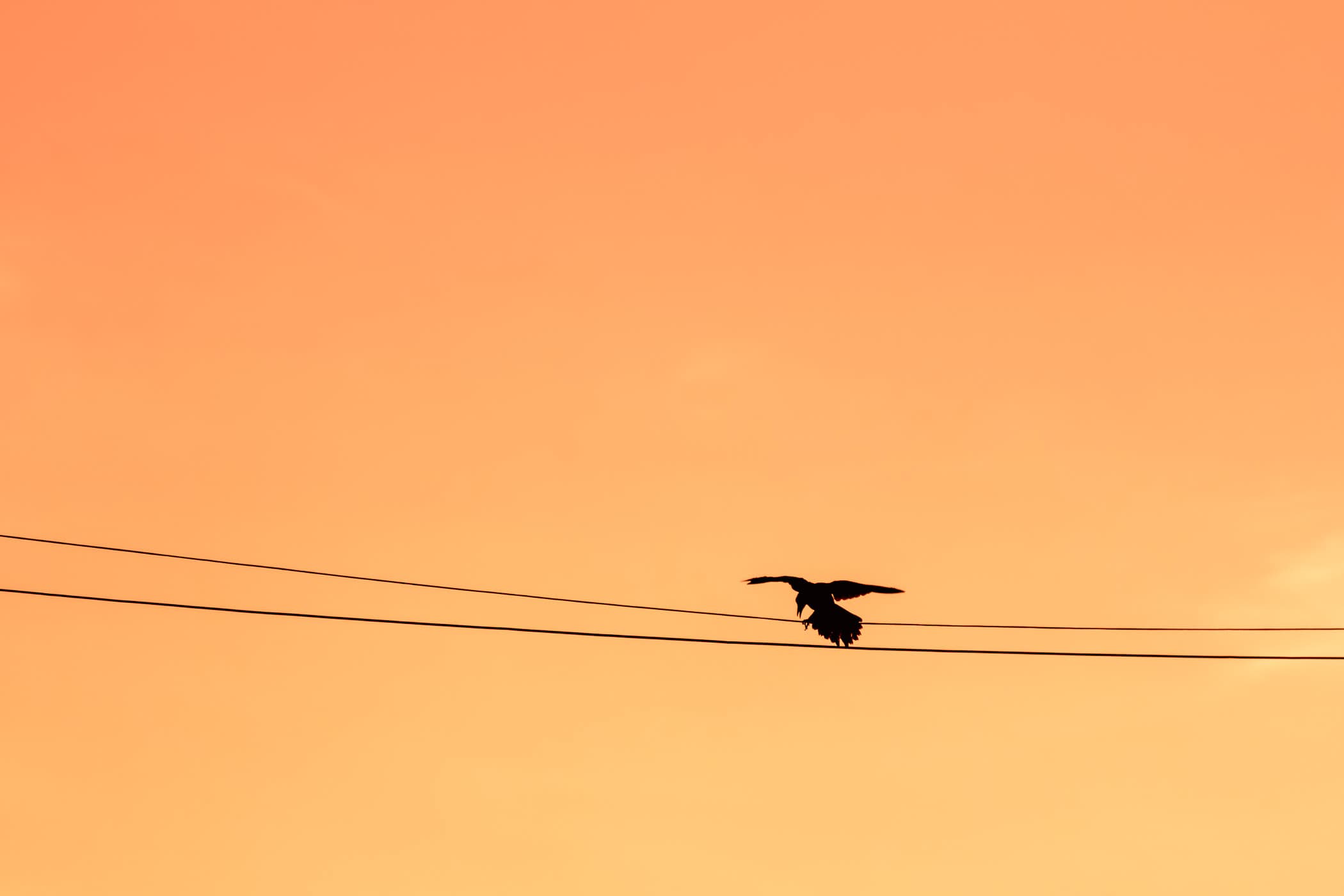 A bird lands on a power line as the sun sets over Dallas’ West End district. 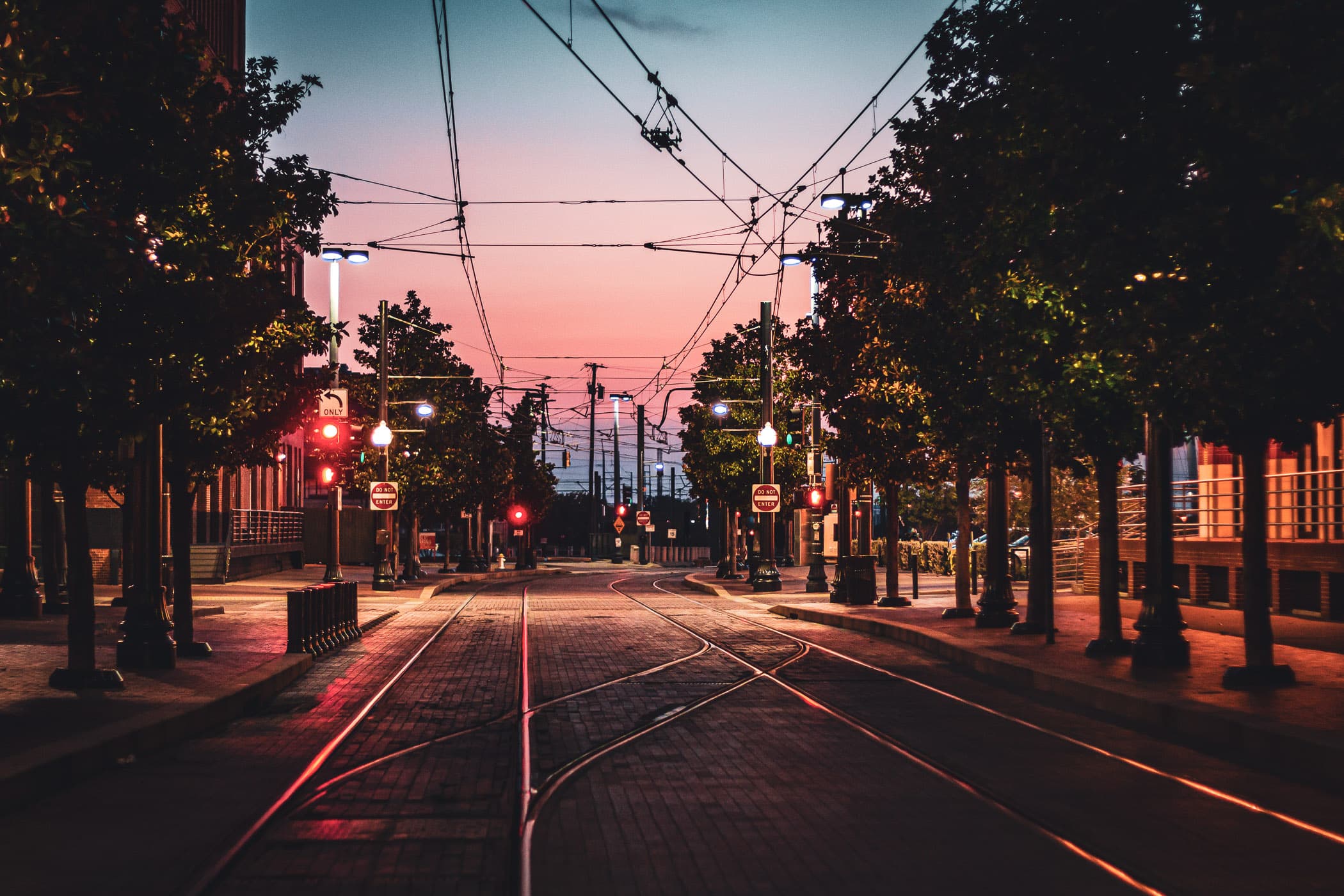 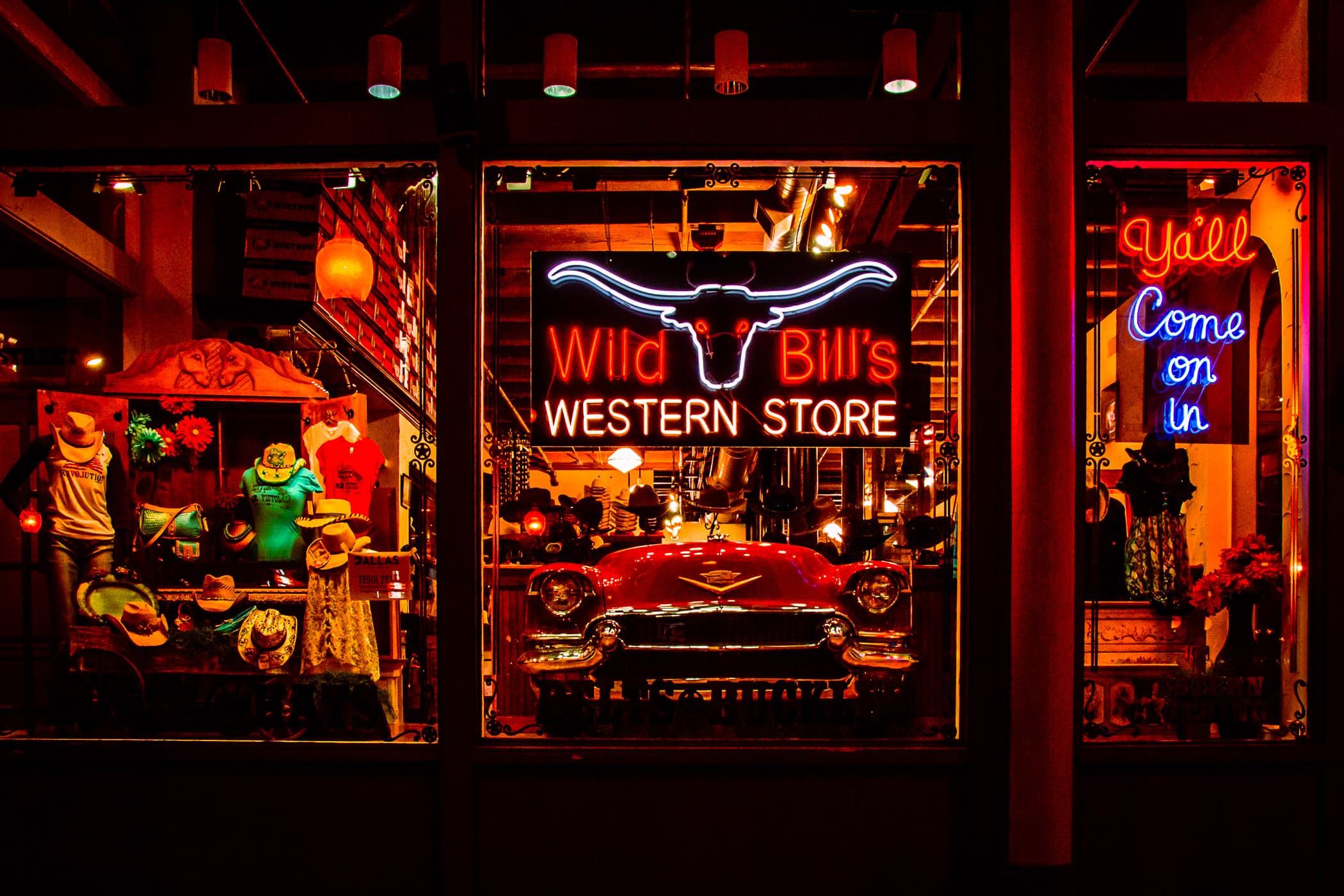 The last sunlight of the day splashes gold onto the West End of Downtown Dallas.