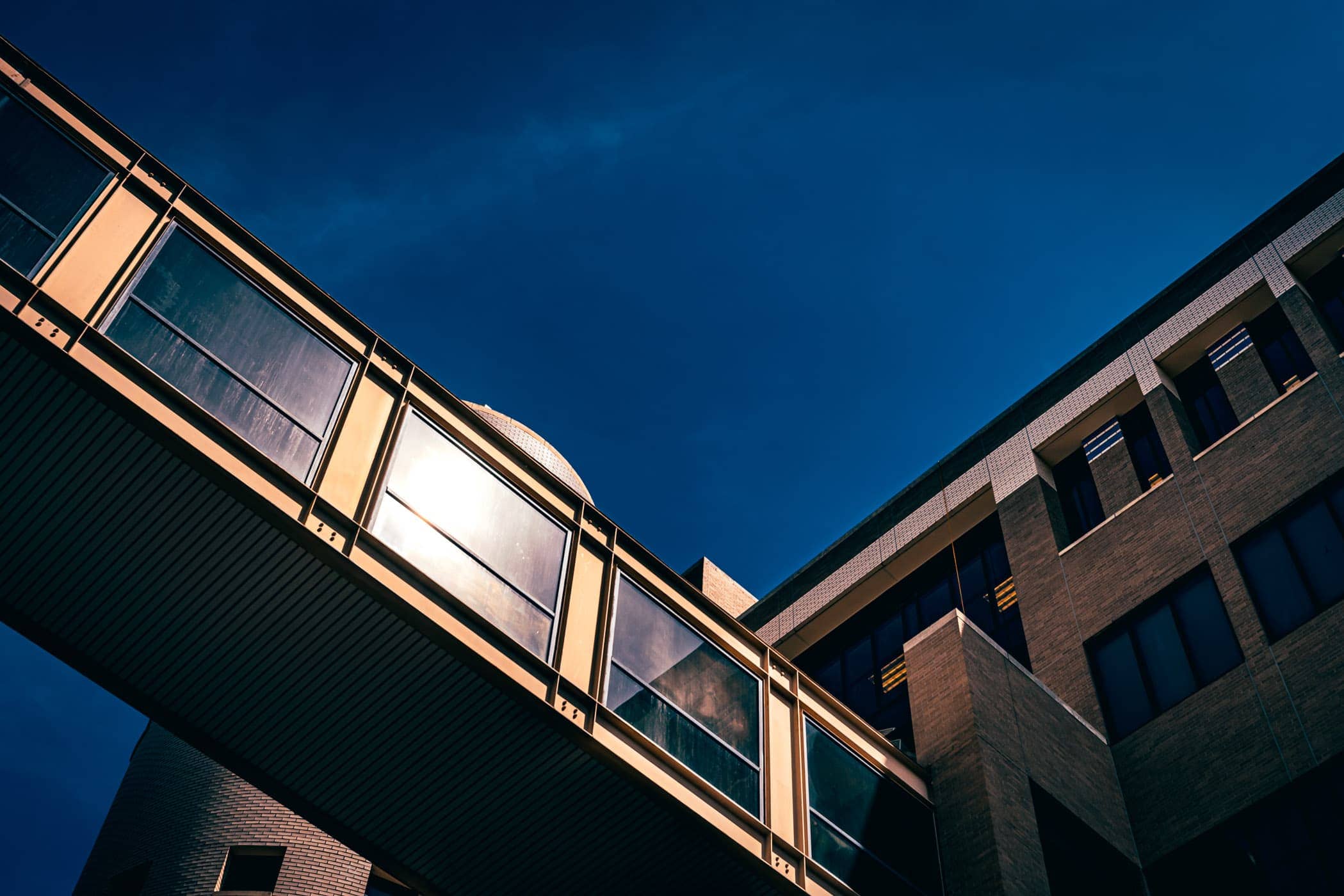 A skybridge connects the main building of the Sterling C. Evans Library to the adjacent Evans Library Annex on the campus of Texas A&M University, College Station. 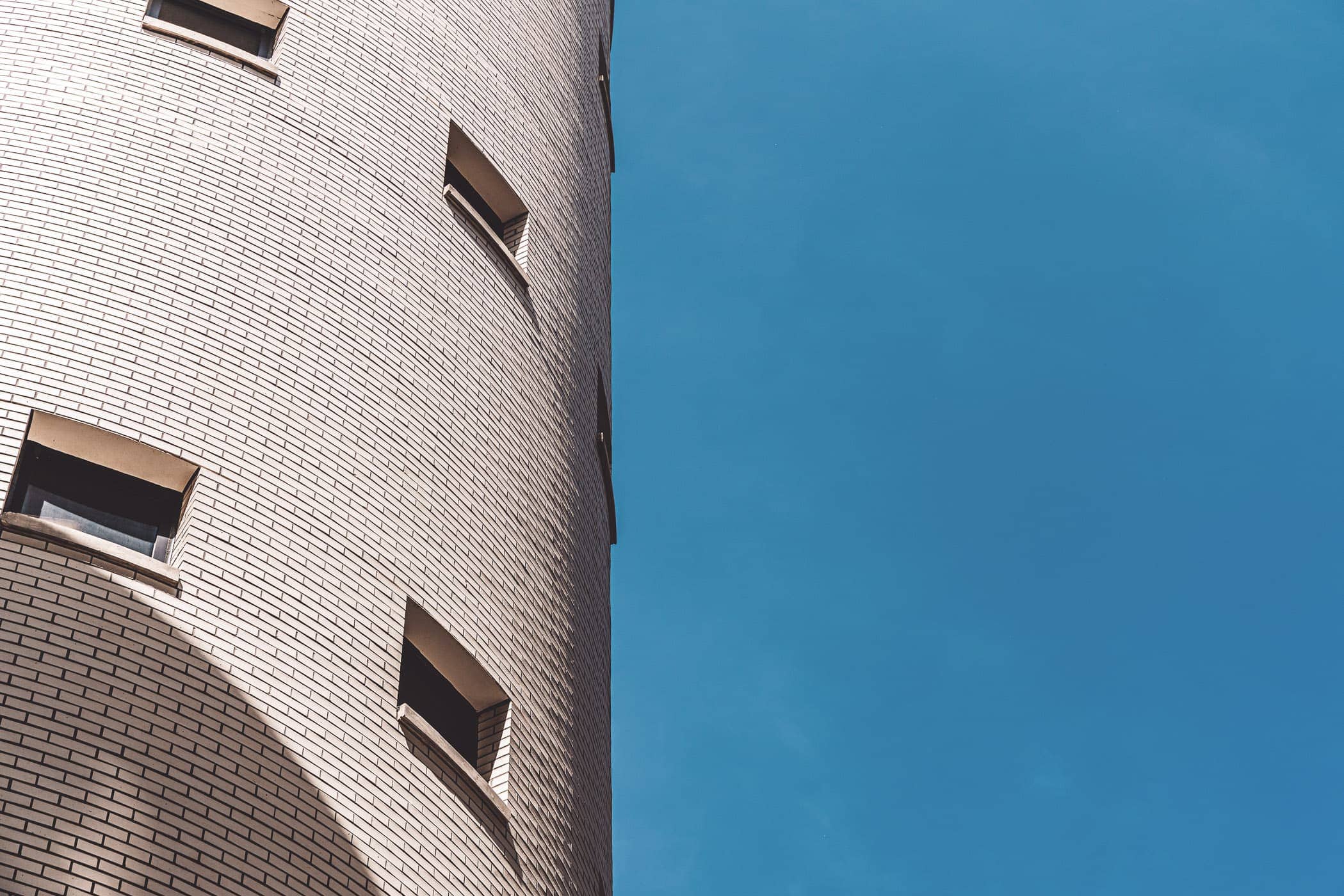 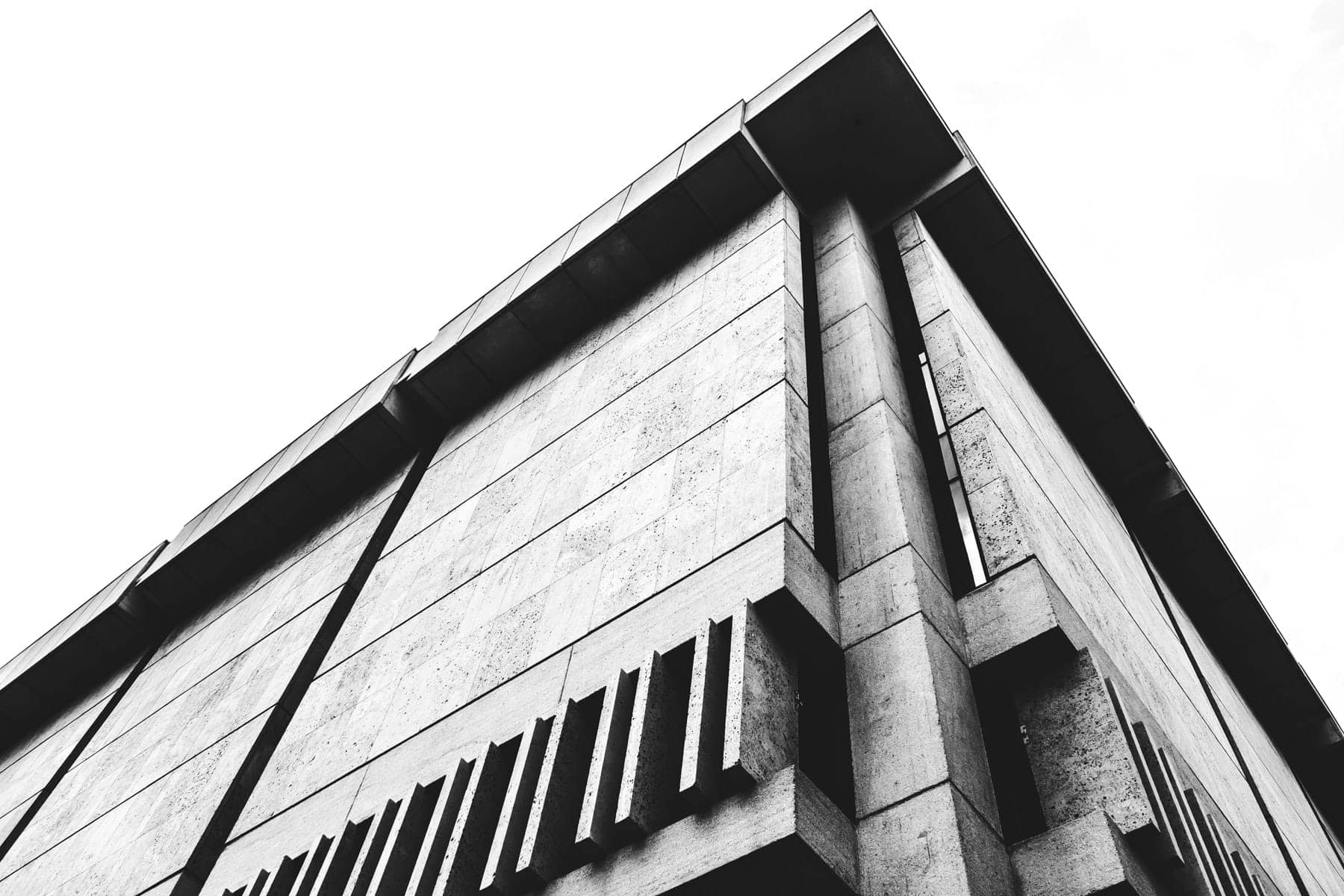 Architectural detail of the concrete exterior of the University of Texas’ Harry Ransom Center, Austin, Texas. 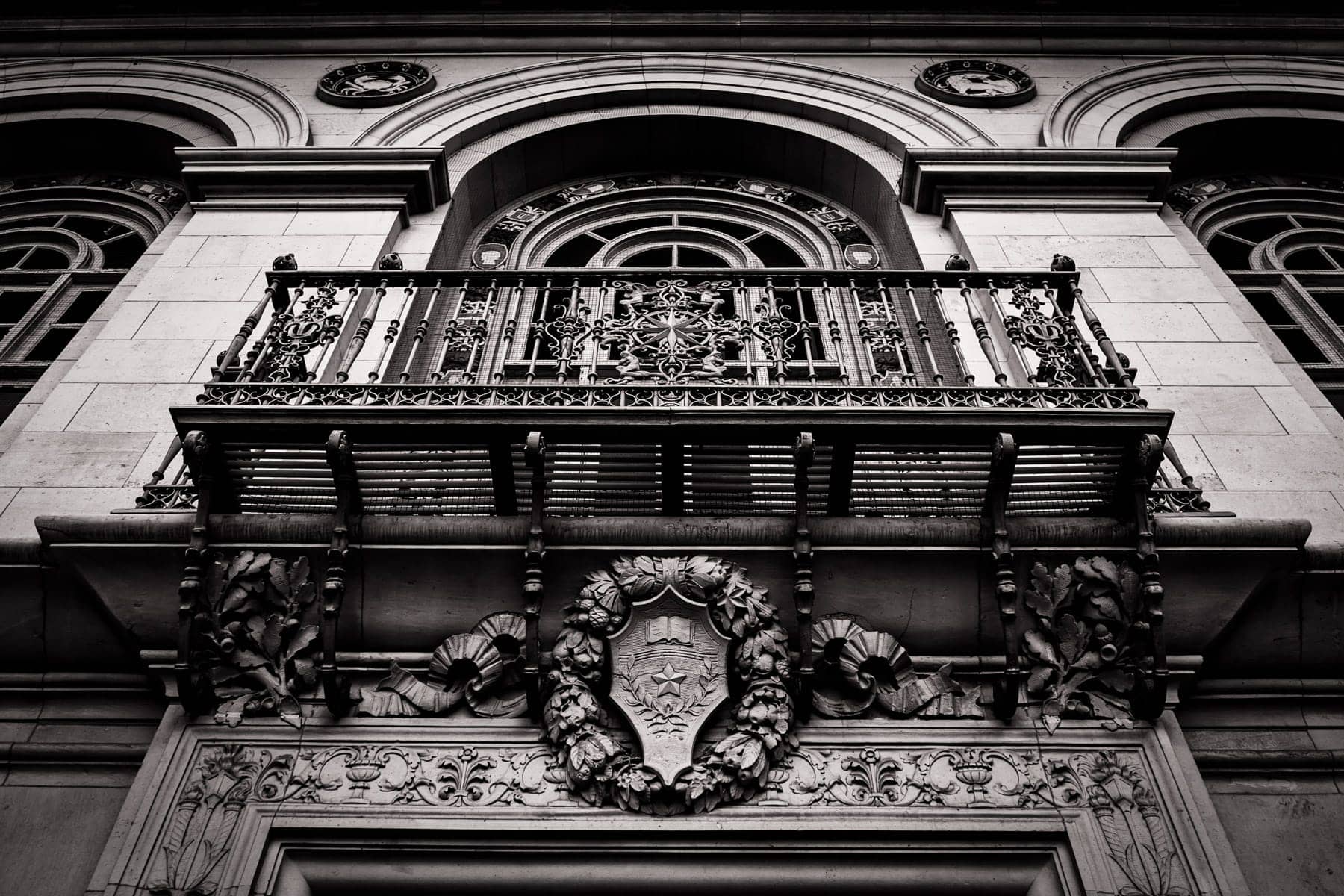 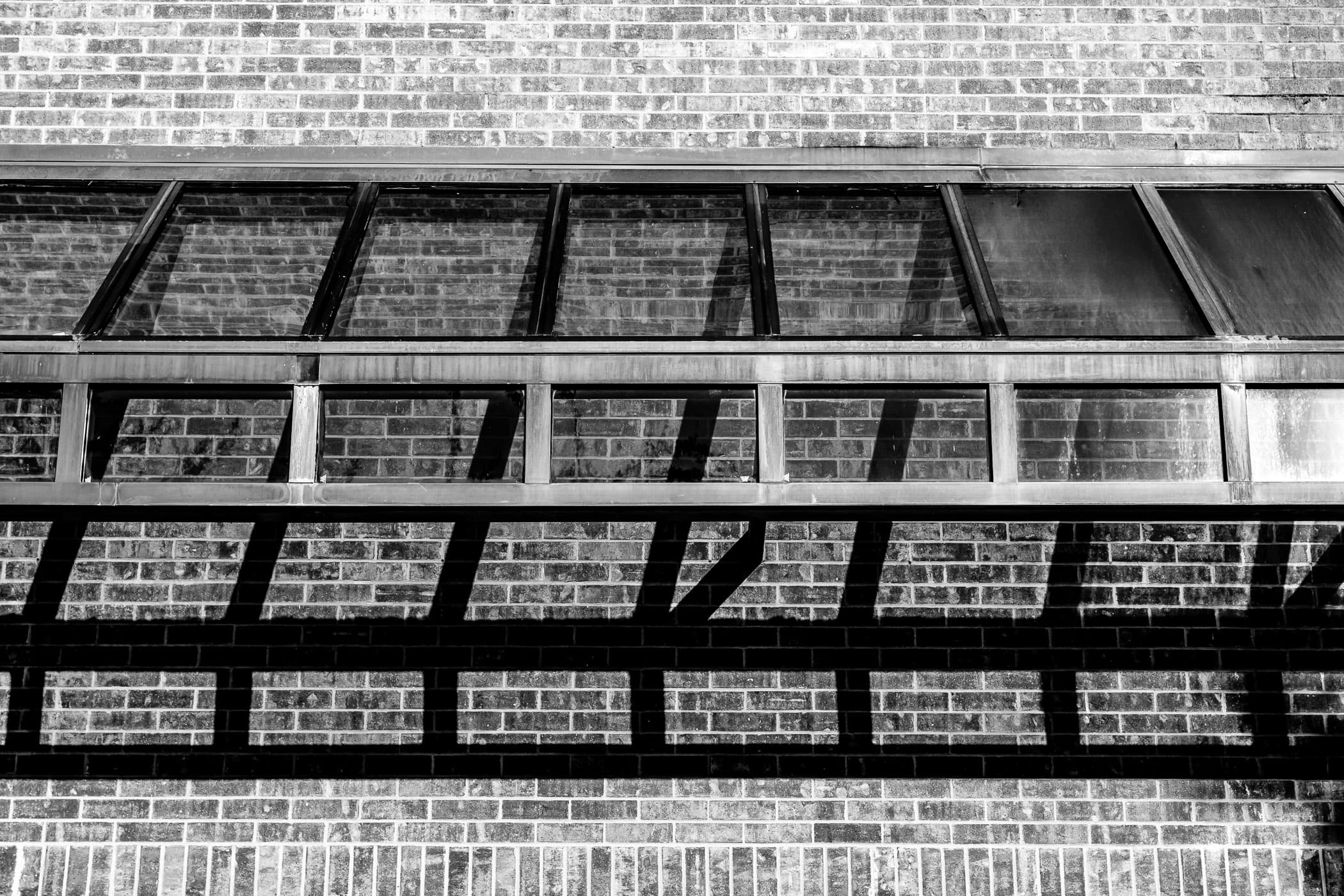 An abstraction of a glass awning on the exterior of the Tyler Public Library, Tyler, Texas. The 307-foot-tall Main Building at the University of Texas at Austin. In 1967, this building became the site of the infamous sniper killings of 14 people perpetrated by Charles Whitman. 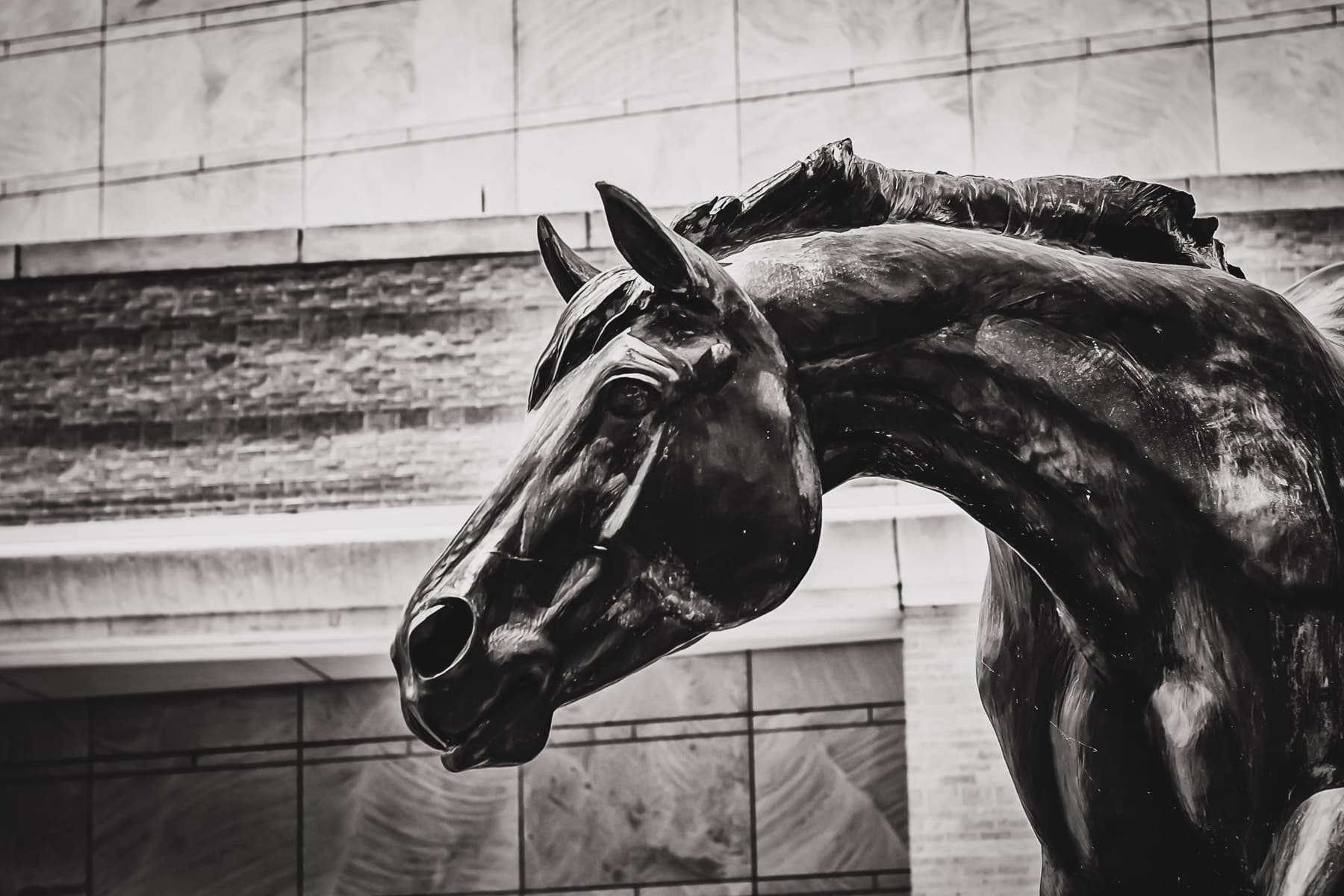 Detail of the sculpture “The Day the Wall Came Down” by Veryl Goodnight at the George Bush Presidential Library, College Station, Texas.