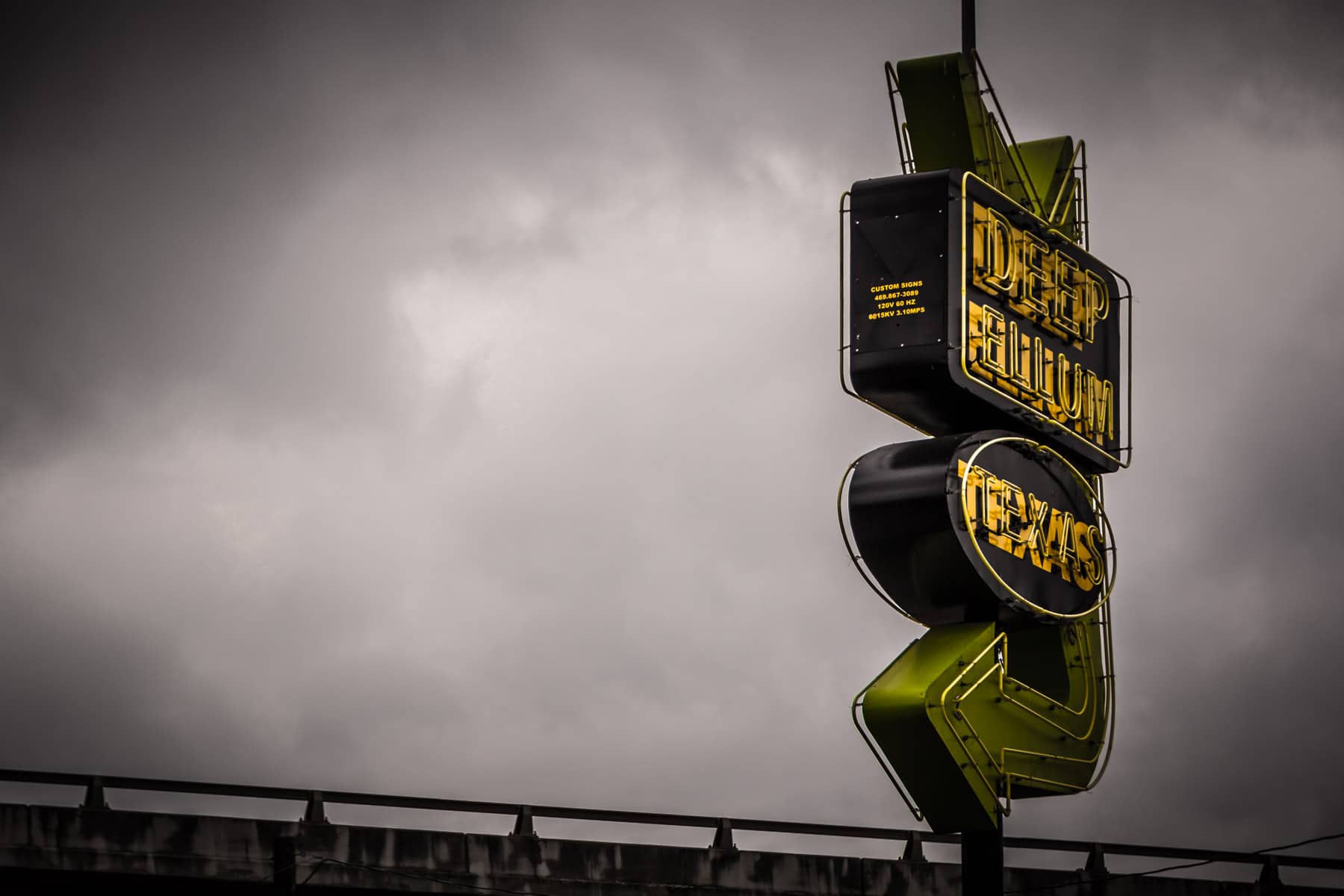 Atop the Glitter Gulch topless club on Fremont Street in Downtown Las Vegas. 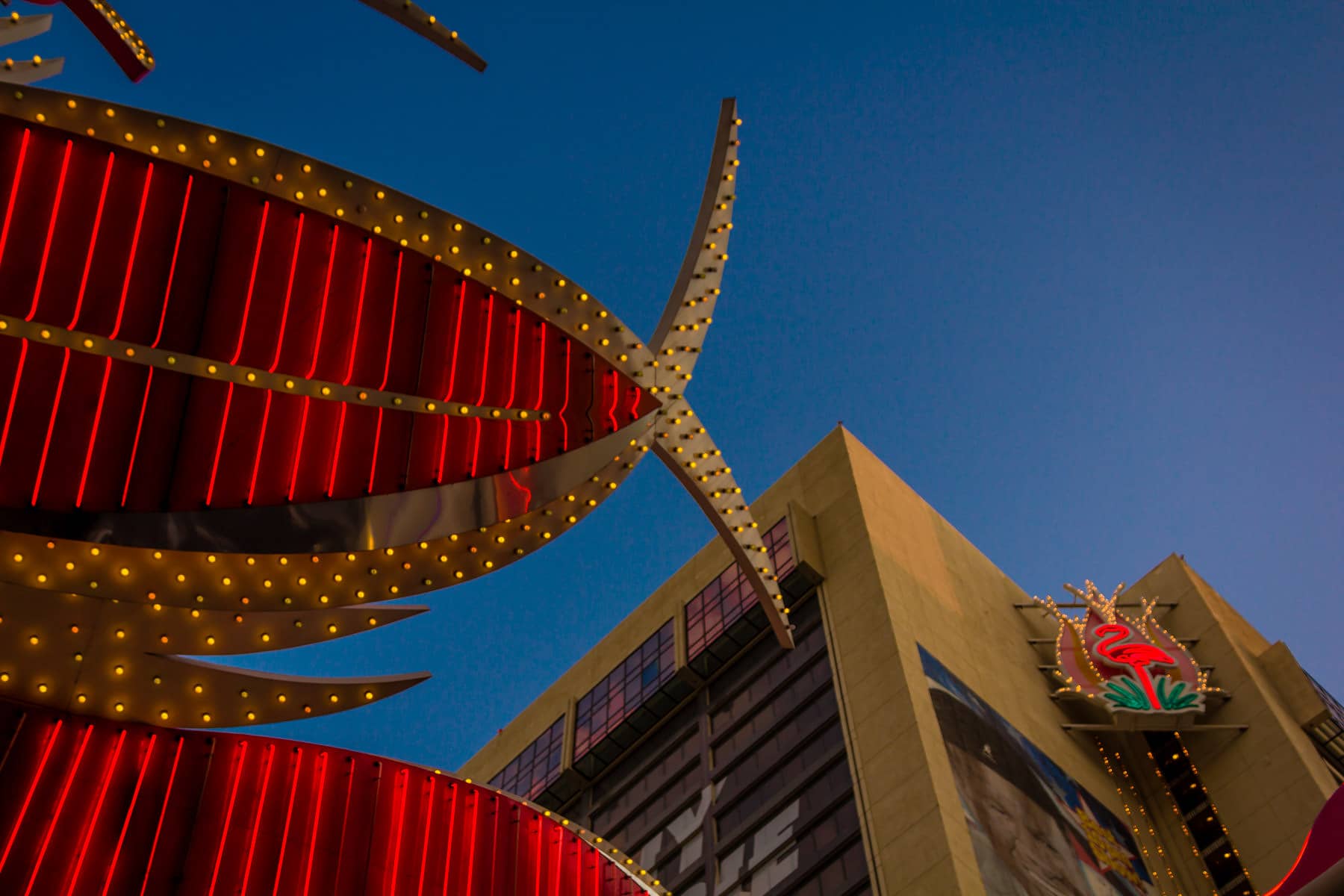 Detail of signage on the Flamingo Hotel & Casino, Las Vegas. This neon Pegasus sign, atop Dallas’ Magnolia Hotel, was originally installed when the building was the headquarters of Magnolia Petroleum (later Mobil Oil).  It was reconstructed in 2000 and has become a symbol of the city.